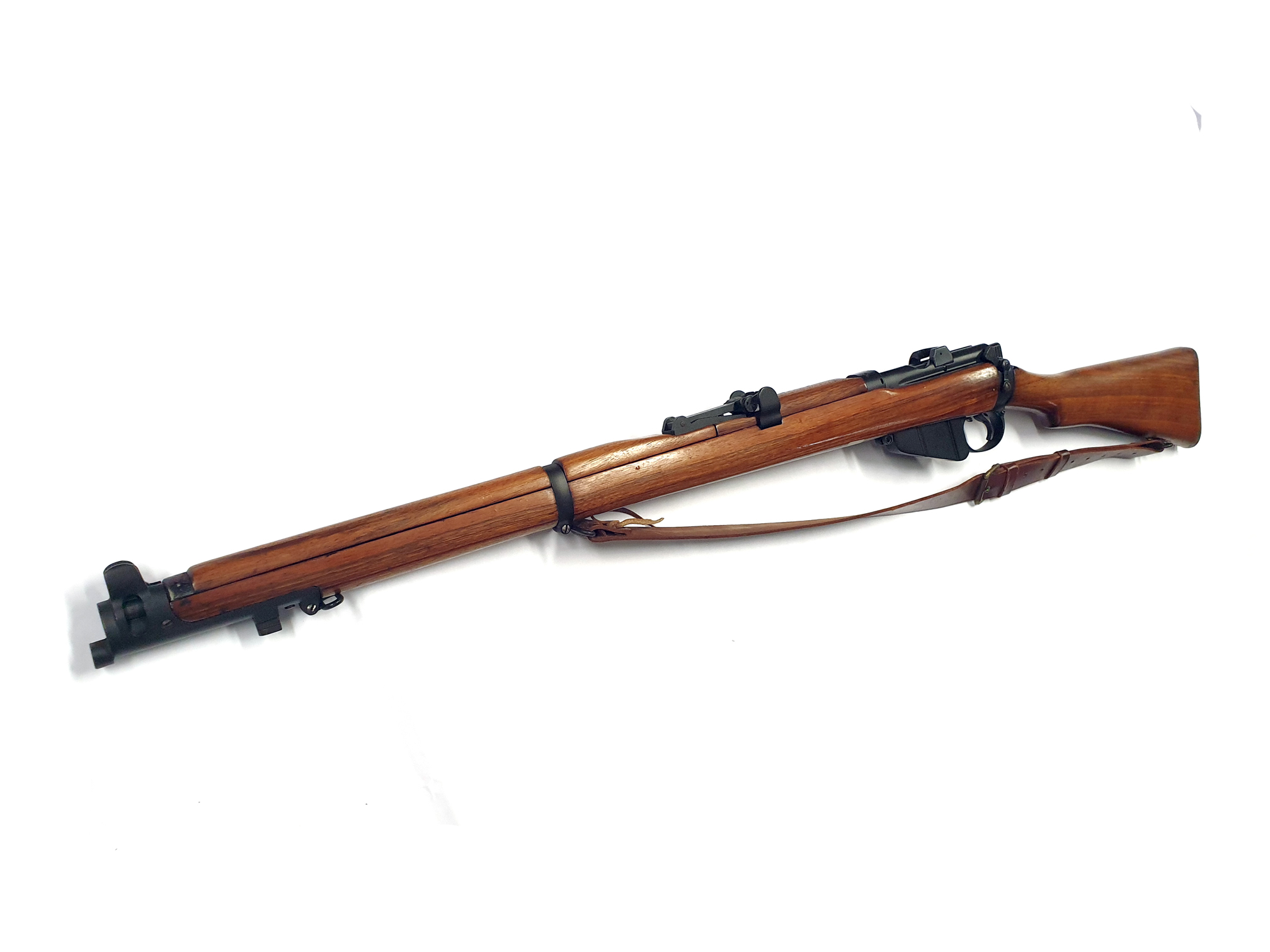 During this long service life there have been many different variants and Marks of this rifle, however all version were chambered  to fire the .303 British (or 7.7×56mmR) service cartridge, a rimmed, high-powered rifle round.
Total production of all Lee–Enfields is estimated at over 17 million rifles, with many still available today on the second-hand market.

The SMLE Mk III was introduced in 1907 and is considered the best-known Lee-Enfield rifle.
They featured a simplified rear sight arrangement and a fixed, rather than a bolt-head-mounted sliding, charger guide, and utilized a Pattern 1907 bayonet.
During the First World War, the SMLE Mk III was found to be too complicated to manufacture  and demand outstripped supply, so in late 1915 the Mk III* was introduced.
It incorporated several changes to simplify production, including the deletion of the magazine cut-off mechanism, the windage adjustment of the rear sight was dispensed with, and the cocking piece was changed from a round knob to a serrated slab.

Rifles with some or all of these features present are found, as the changes were implemented at different times in different factories and as stocks of parts were depleted.
The magazine cut-off was reinstated after the First World War ended and not entirely dispensed with in manufacturing until 1933 and some rifles with cut-offs remained into the 1960s.

The SMLE Mk III* (renamed Rifle No.1 Mk III* in 1926) saw extensive service throughout the Second World War, especially in the North African, Italian, Pacific and Burmese theatres in the hands of British and Commonwealth forces.

This particular rifle was manufactured by BSA, as it has a crowned ‘BM” proof mark stamped in the receiver.
There are very few other, visible stamps or proof marks, other than the serial number and the letter “D” on the receiver and barrel.
It is also marked ‘S.A.P.’ on the brass butt disc.

It may also have some collectors value to those who collect Lee-Enfields or old war rifles.