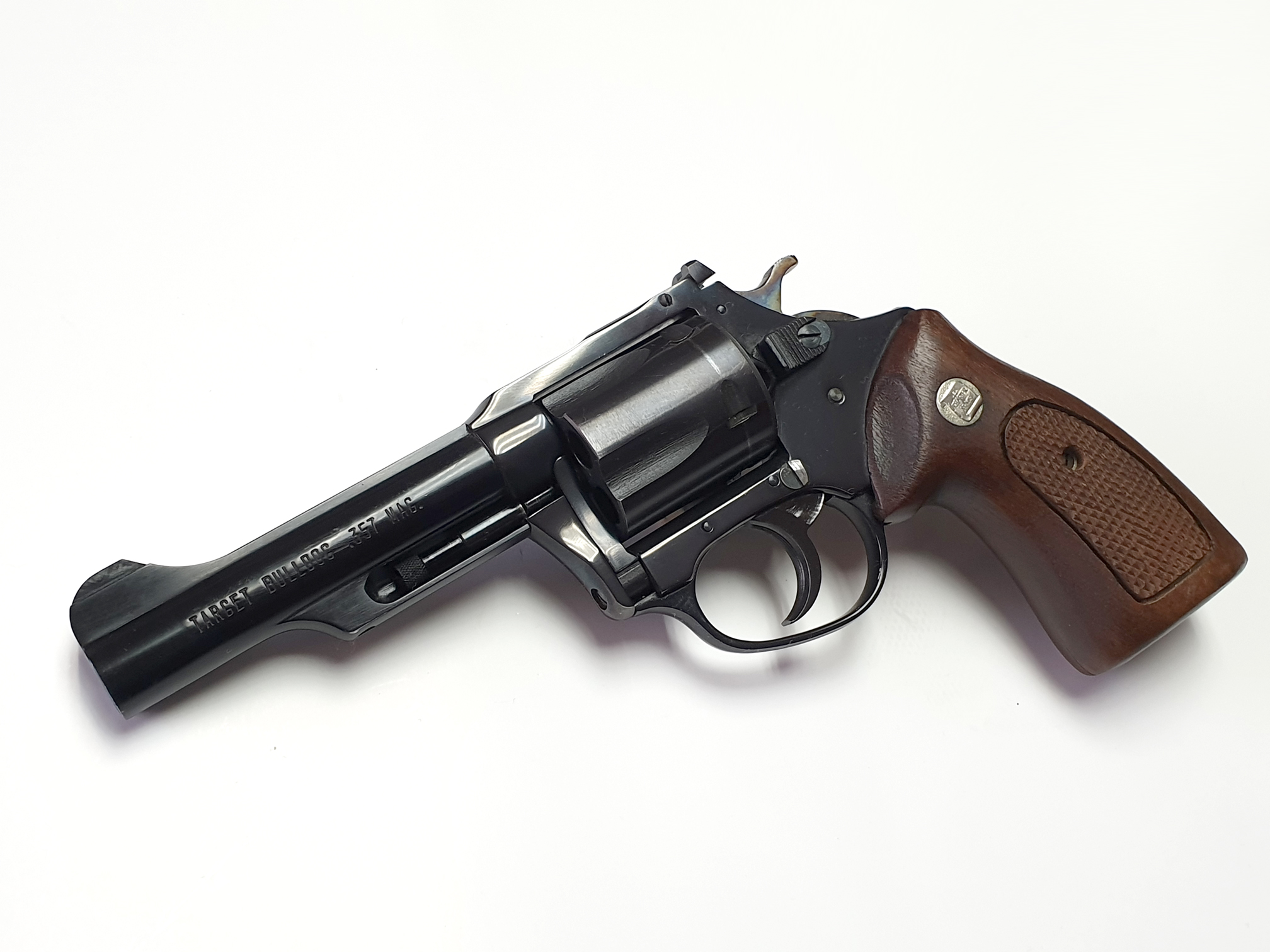 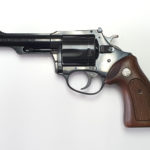 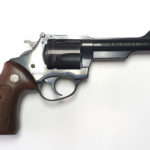 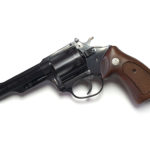 The Bulldog is a 5-shot, solid-framed, traditional double-action revolver produced by Charter Arms in the USA and first introduced in 1973. It was a top-selling gun during the 1980s and it is considered to be Charter Arms’ trademark firearm. The modern variant of the Bulldog is still in production to this day.

The Bulldog was designed to be concealed easily because of its small size, yet also fire a “big bore” caliber (it was available chambered in .357 Magnum and .44 Special).
It has no sharp edges to contend with when carrying the weapon in a holster or a pocket, and is therefore considered by many as a good self-defense revolver.

Standard models of the Bulldog have fixed, concave rear sights, while the Target Bulldog, like this example, have adjustable rear sights.

This gun is in excellent used condition. It is mechanically good and functional.
Its original blued finish is still excellent and the gun seems virtually unused.
Grips are still in very good condition.

This firearm is suitable for home self defense.
Even though this revolver has a relatively small frame and grip, it may be a little heavy for every-day carry, unless for a large-framed person.

The notorious serial killer David Berkowitz, also known as “The .44 Caliber Killer” and the “Son of Sam” used a Charter Arms Bulldog chambered in .44 Special to commit a series of attacks and murders in New York City during 1976–1977.