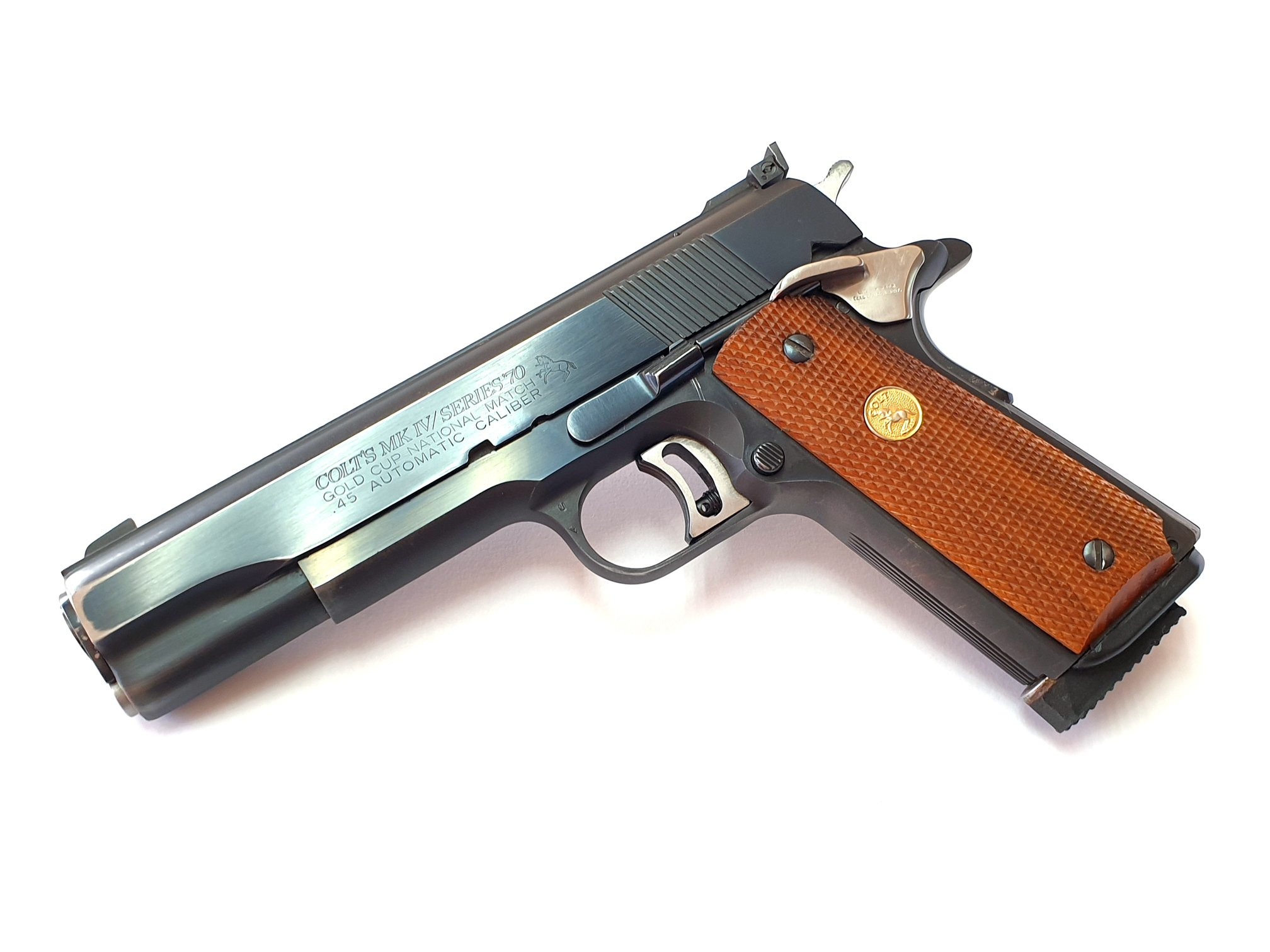 The Gold Cup National Match was first introduced in the late 1950s and is still in production today.
It was designed as a more refined, match-grade pistol for competitive sport shooting, and is very highly regarded in terms of 1911 pistols.
Some of the standard features of the Gold Cup include an adjustable wide trigger, National Match barrel, Colt-Elliason adjustable rear sights, target post front sight, lowered and flared ejection port, beveled top slide and spur hammer.

YOUTUBE VIDEO: GUNSCOM – THE COLT GOLD CUP IS STILL A STRIKING PISTOL AFTER ALL THESE YEARS

This gun is in very good, used condition. It is mechanically sound and functional.
The original finish is very good, with some light wear to front of the slide, dust cover, and grip safety, as well as some extremely fine wear to the edges of the slide.
There is also a very fine, light scratch to the frame under the slide release lever.
The original, wooden Colt grips panels are still perfect.
This pistol is fitted with an aftermarket, Svenson ambidextrous manual safety, aftermarket adjustable trigger, plastic magwel, and aftermarket guide-rod.
The action is extremely tight and crisp, as you would expect.

This pistol is suitable for home self defense, but is possibly a little too large for every-day, concealed carry, unless for a large-framed person.