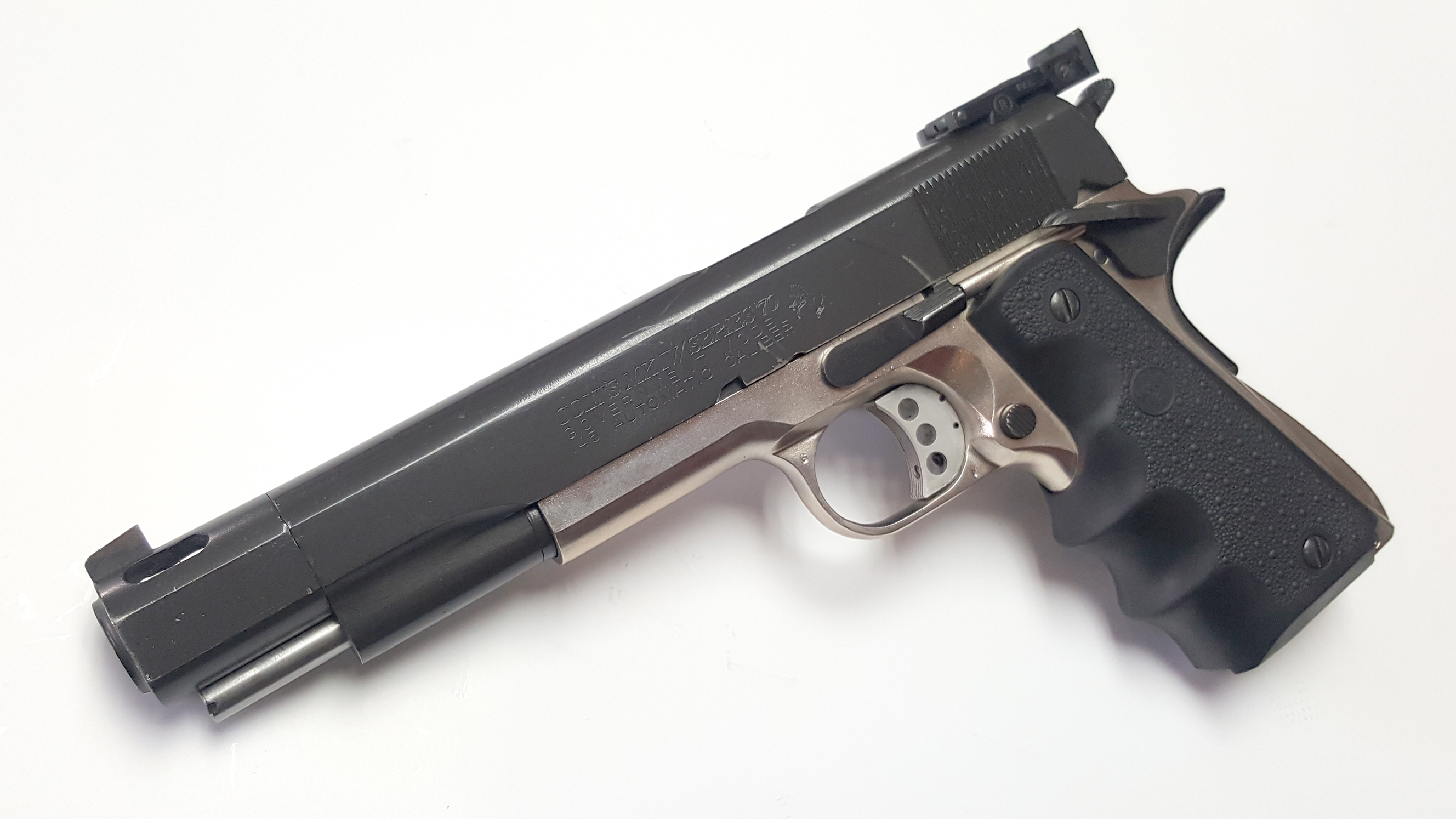 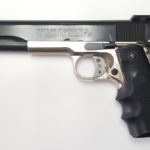 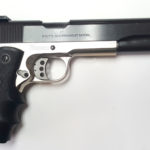 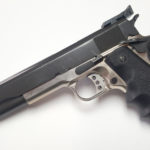 This gun is in fair used condition. It is mechanically sound and functional.
There is a little wear and slight scratches and pitting along the length of the slide.
Hogue grips are still in good condition.

This firearm is suitable for home self defense, but is slightly too large for every day carry.