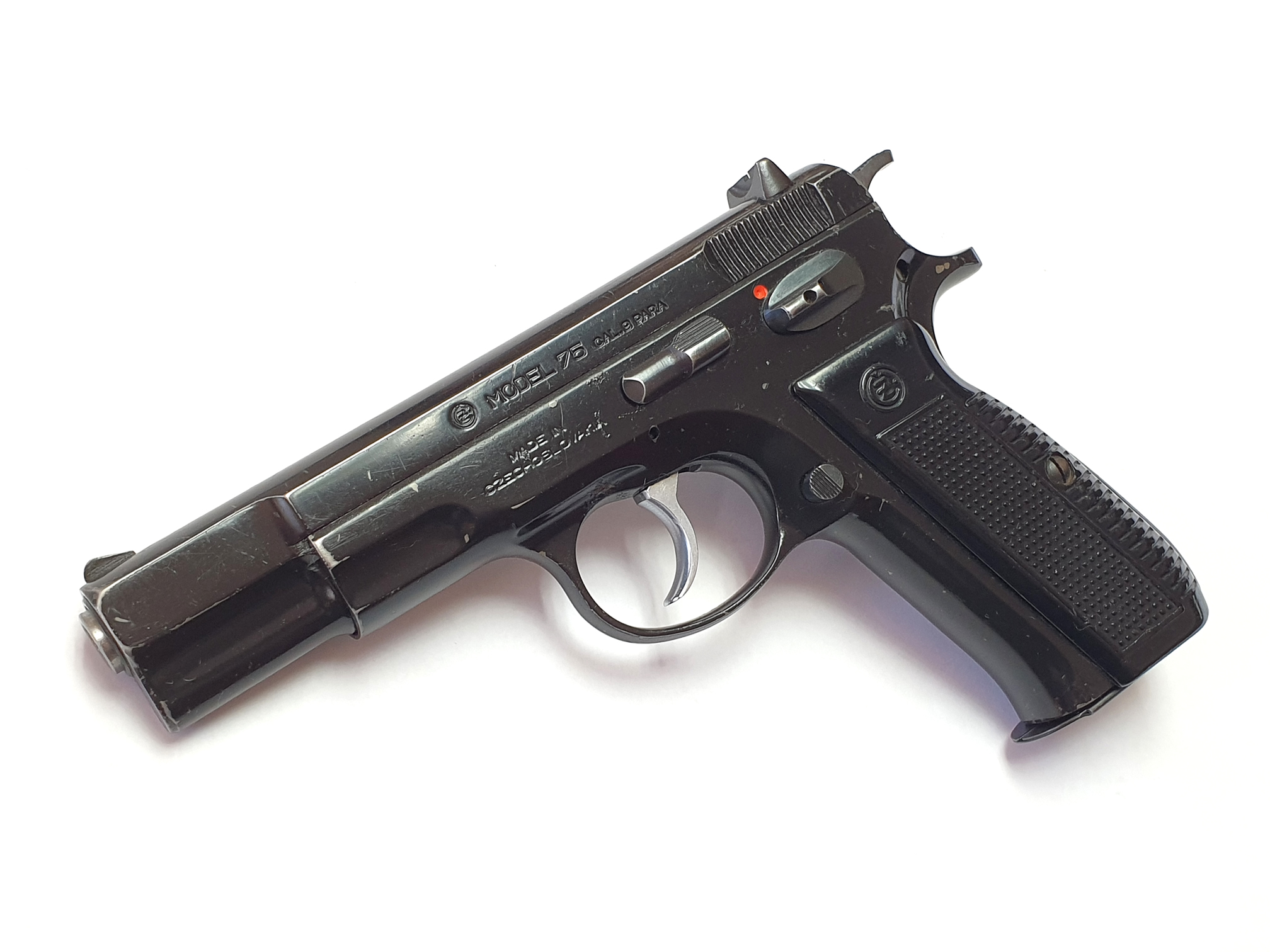 The CZ 75 is a double-action/single-action semi-automatic pistol, chambered in 9mmP made by Czech firearm manufacturer ČZUB.
First introduced in 1975, it is one of the original “wonder nines” and features a 16 round staggered-column magazine, all-steel construction, and a hammer forged barrel.

The CZ 75 is a short recoil operated, locked breech pistol, using the linkless cam locking system similar to that used in the Browning Hi-Power.
Also like the Browning Hi-Power, it was one of the first high-capacity 9mm pistols with a frame-mounted manual safety, allowing one to carry it with the hammer cocked with safety applied and a round chambered, ready for use simply by switching the safety off, a configuration known as condition 1.

The CZ 75 has been widely distributed throughout the world and is a highly successful and popular handgun for military, police, self-defense and sport use.
Since its first introduction in 1975 there have been many updates to the CZ 75 as well a many variants.
For example; in the early 1990s the Second-generation CZ 75 was released (designated the CZ 75B), upgraded with an internal firing pin safety, squared and serrated trigger guard, and ring hammer.
This particular pistol is an original, steel, full sized CZ 75 (also known as a “Pre-B” model), easily identified by the heavily stepped slide and short slide rails.

This gun is in fair to good, used condition. It is mechanically sound and functional.
There is some light wear to all the edges of the slide, frame and control parts, as well as some very small specs of wear and light, small scratches all over the slide and frame.
The original plastic grips are still good with only very few, very small, light scratches in places.
The action is still very tight.
This pistol would be quite nice once refinished.

This firearm is suitable for home self-defense, however it is a duty-sized, all-steel gun and therefore may be too big or heavy for every day concealed carry, unless for a large-framed person.

Due to the popularity of these pistols, spare parts and accessories are very available in South Africa.