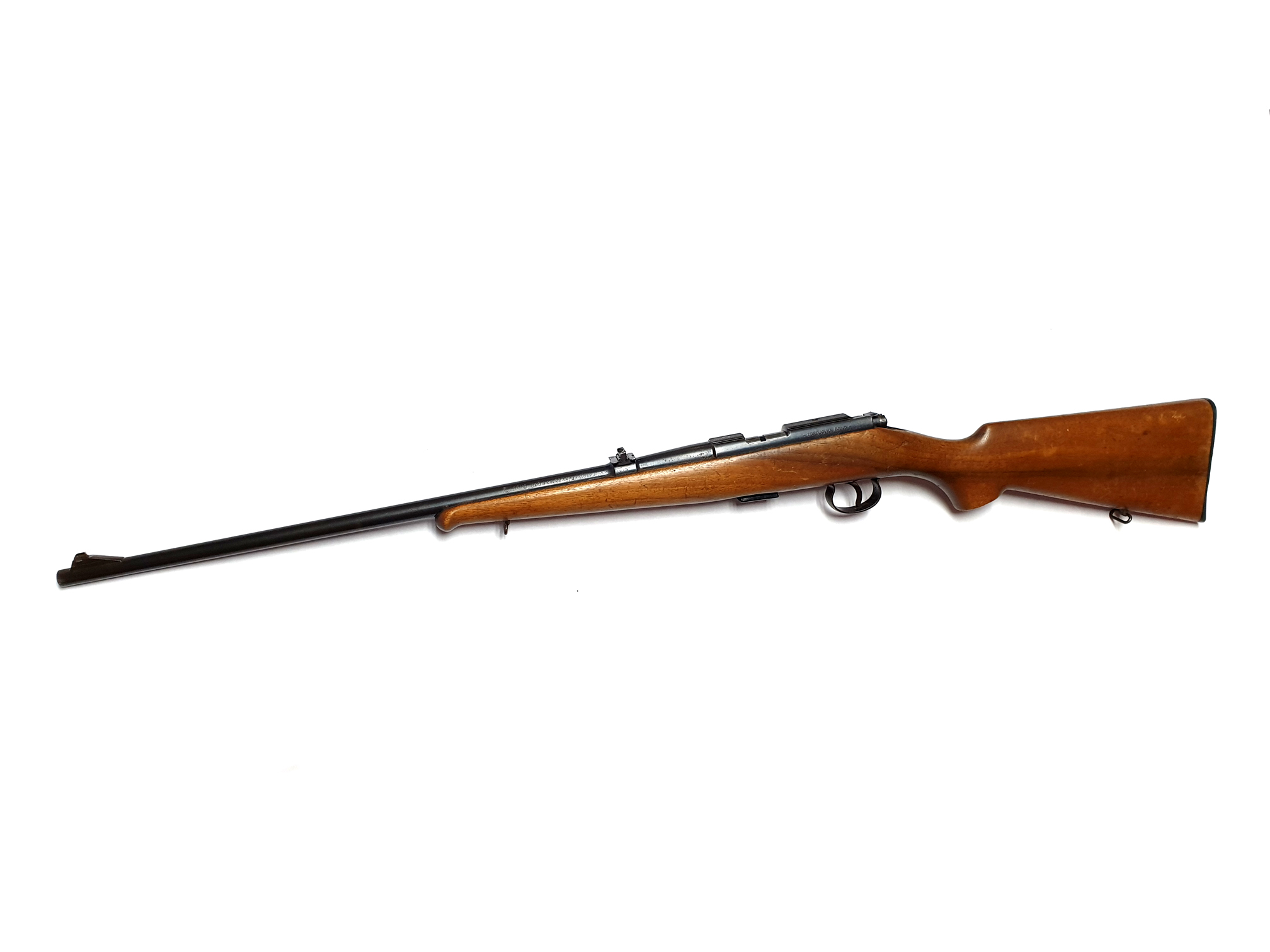 The BRNO Model 1 (also known as the ZKM-451 or CZ 451) is a bolt-action rifle chambered in .22 LR,  manufactured by the Czech firearms manufacturer Česká Zbrojovka Uherský Brod (abbreviated “CZ-UB”, English: Czech Weapons Factory).
It was first introduced in 1947 and was later replaced by the improved Model 2 in 1956.

The ZKM-451 was developed on the request of the occupying German authority in 1943–44, to be a Mauser K98 type, .22 LR training rifle.
Because of wartime requirements for combat weapons, assembly and production was eventually halted on all .22 training rifles, leaving a large stockpile of parts and receivers.
After the war, these parts were used along with new barrels and stocks to manufacture the Model 1.

The BRNO Model 1 features a carbon steel barrel that is threaded into the receiver frame, and a dovetail rail on the top of the receiver for mounting a telescopic sight.
The rifle is fed from a detachable box magazine, available in 5 and 10 round capacities for all cartridges.

Today the CZ/BRNO Model 1 and Model 2 are two of the most popular and sought after single-shot, rim-fire rifles in the market, particularity in South Africa.

This gun is in fair, used condition. It is mechanically sound and functional.
There is no significant wear to the finish except for some very light wear around the muzzle, and to the bolt handle and trigger guard, but all the metal work is covered in patches of very light surface rust all over.
With a bit of TLC, it could likely all be removed without any damage to the rifle or finish. The wooden stock is still OK and usable, but is also just covered with small, light nicks and scratches all over, and the stock by the rear of the bolt is cracked.
The bolt action is still smooth.
With a strip, cleaning and possibly refinishing, this rifle would be fine.
The stock could also likely be repaired/refinished or replaced.