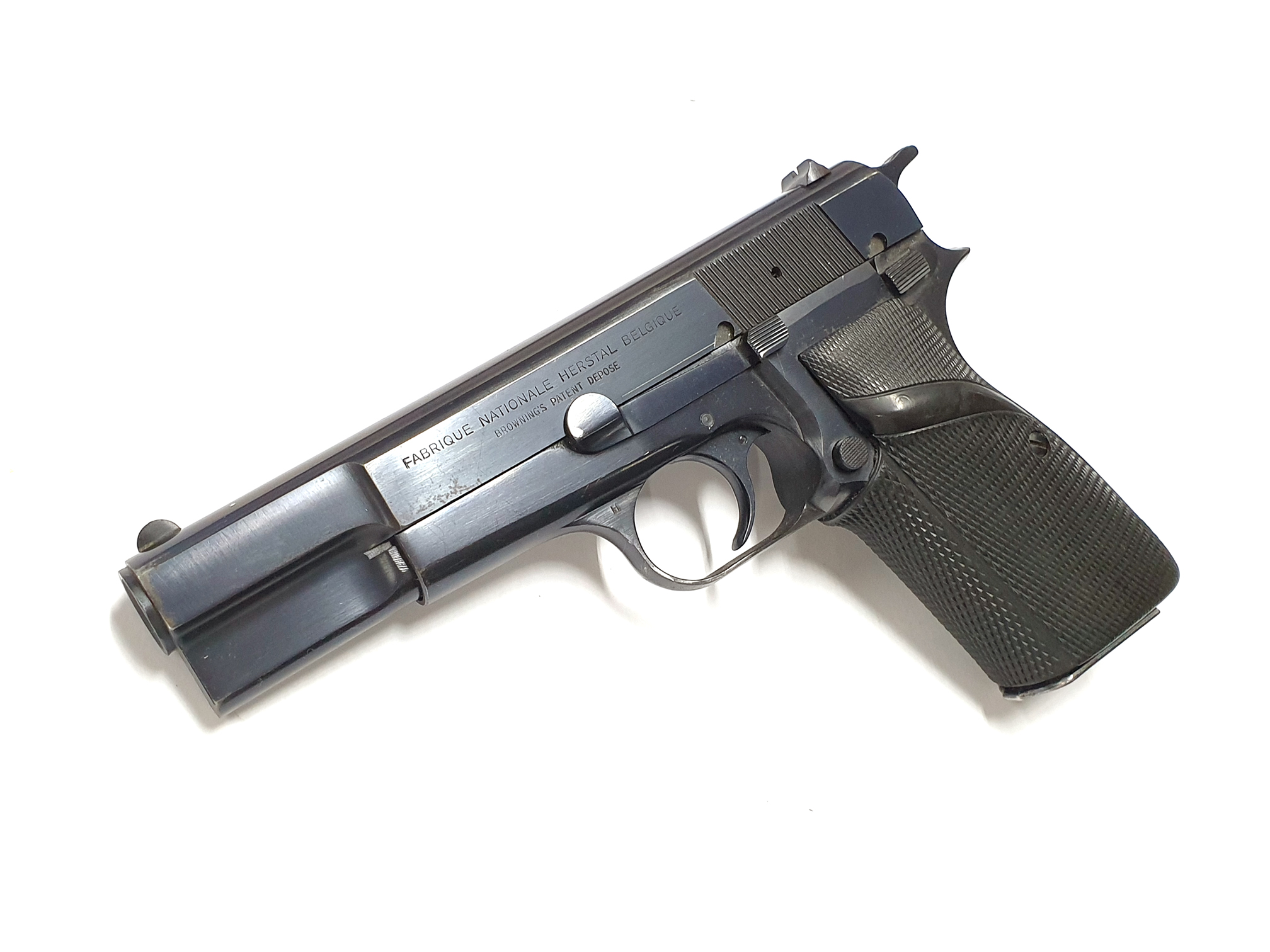 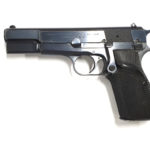 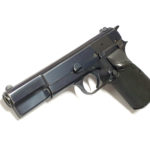 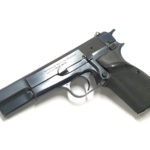 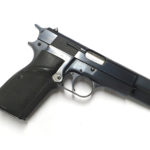 This gun is in good, used condition. It is mechanically sound and functional.
The original finish is still quite good, with some light wear around the front and edges of the slide, and the trigger guard.
There are also some very small, light patches of wear on some of the controls and around the ejection port, and a few, very small, very light patches of surface rust in a few spots on the slide and frame, but nothing significant.
The aftermarket Pachmayr rubber grips are still in good condition, and the action is still extremely tight.
Comes with 2 x 13 round magazines, and a leather holster.