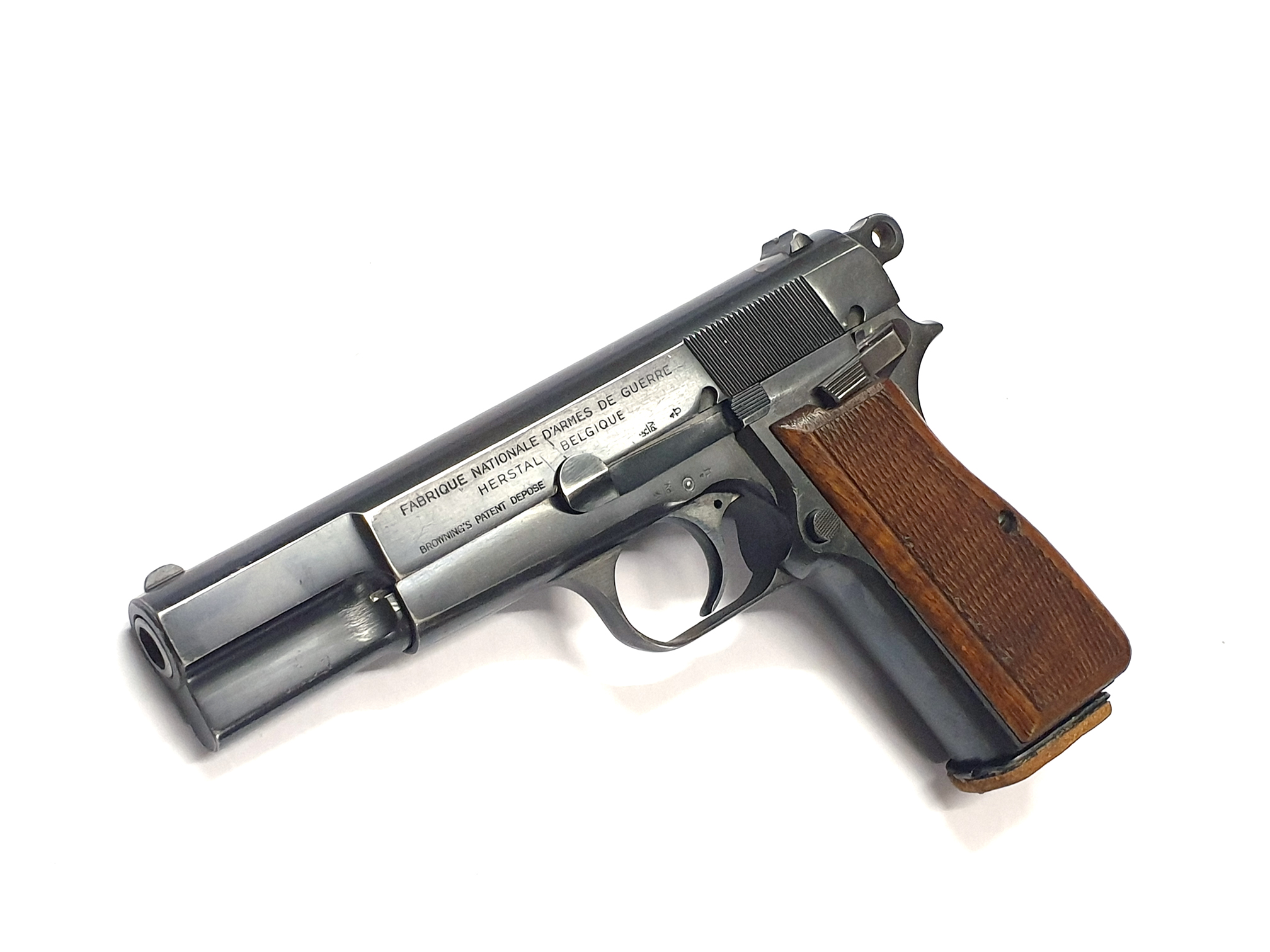 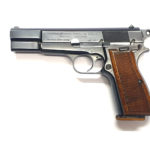 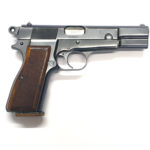 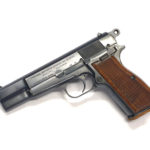 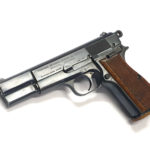 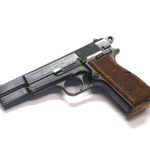 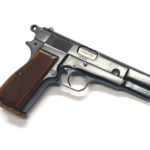 This gun is in fair to good, used condition. It is mechanically sound and functional*.
The overall, original finish is still quite good with some very light wear on the edges of the slide and frame.
There is also some light wear on the top of the slide and the grip back-strap.
The original wooden grip panels are still good with no major marks or scratches.
The action feels tight and the recoil spring still feels strong.
It comes with 2 x 13 round magazines.

*N.B. There is some hammer follow when the slide is released, which means that this pistol will most likely need to be worked on by a gunsmith in order to ensure safe operation.