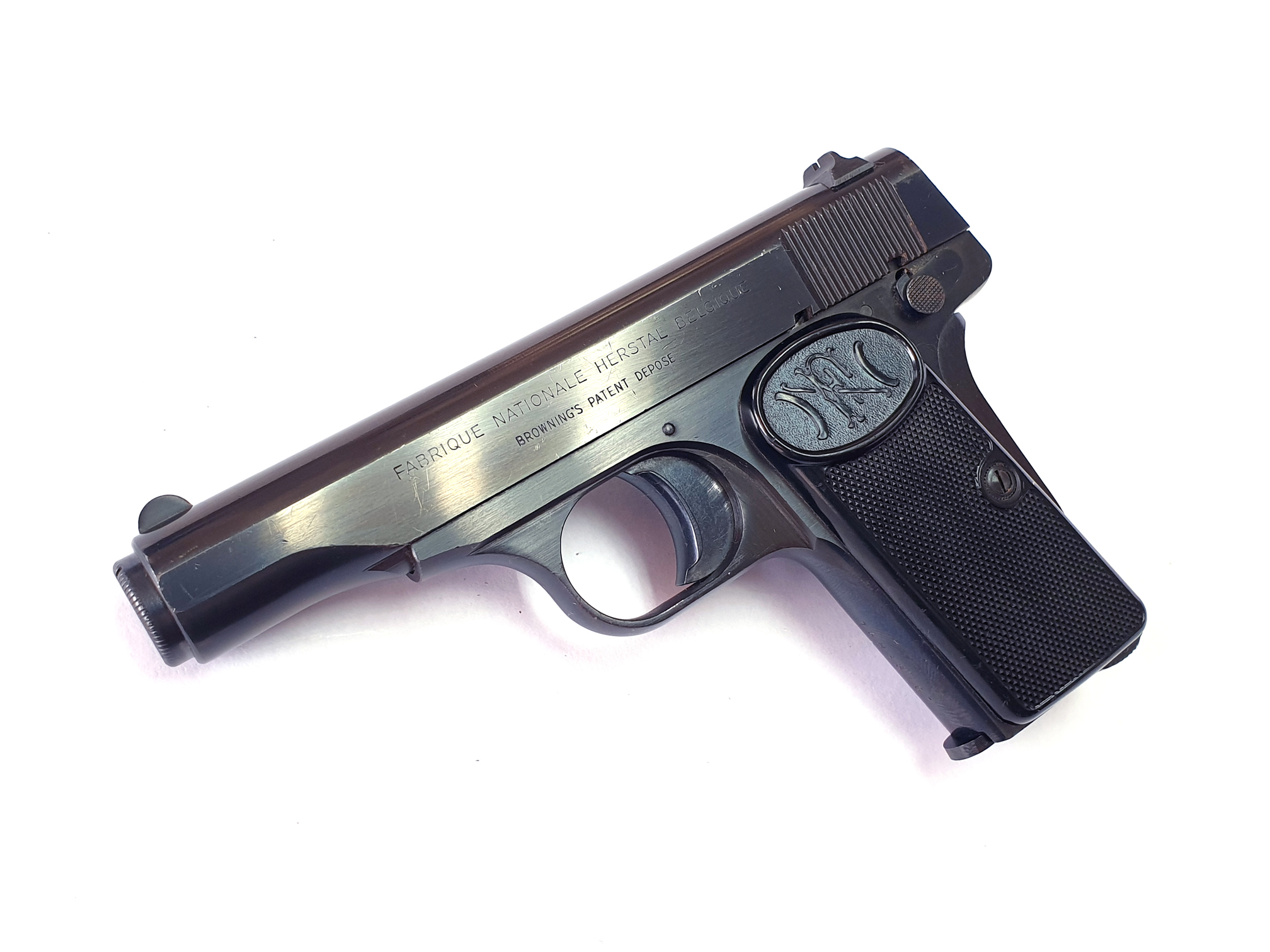 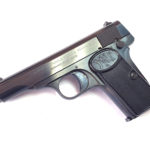 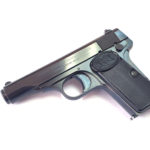 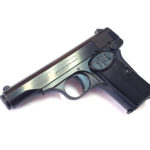 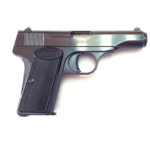 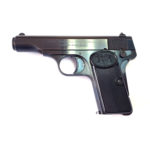 The FN Model 1910 is a direct blowback, semi-automatic pistol designed by John Browning and manufactured by Fabrique Nationale of Belgium.
It was designed an  introduced in 1910 and remained in production until 1983.
It was patented and produced exclusively in Europe, as Colt was not interested in manufacturing the pistol.

It incorporated the standard Browning striker-firing mechanism and a grip safety along with a magazine safety and an external safety lever, and was offered in 9mmK (.380 ACP) with a 6 round magazine, and 7.65mm (.32 ACP) with a 7 round magazine.
This pistol used a novel, new design of placing the recoil spring around or over the barrel, which became the standard feature in future direct blowback pistols such as the Walther PPK and Russian Makarov.

A variant of the Model 1910 known as the Model 1922 was also designed and produced specifically for police and military use, and featured a longer barrel and grip frame to accommodate 2 extra rounds was produced.
Model 1910 and 1922 pistols went on to see extensive service in World War Two, and continued to be manufactured by the Germans after their occupation of Belgium and seizure of the FN factory.
During the world wars, the FN Model 1910 was used by the military forces of Belgium, the Netherlands, France, Finland, Japan (Japanese officers only), and by Peru and Venezuela postwar.

This particular pistol appears to be a later Model 1910, since it has more pronounced sights, and a flat slide rear with an exposed firing pin, although I cannot find any information on this to confirm the date or variant.

This gun is in good to very good, used condition. It is mechanically sound and functional.
The overall, original finish is still very good with only extremely few, extremely light scratches in places.
There is some very light surface rust on the exposed portion of the barrel chamber.
The original plastic grips are still in very good condition.

This firearm is suitable for home self-defense and is perfect for every-day, concealed or pocket carry.

This pistol may also have some collectors value due to its design age and heritage, or for collectors of pistols used during the world wars.

An FN Model 1910 chambered in 9mmK (.380 ACP) was the handgun used by Gavrilo Princip to assassinate Archduke Franz Ferdinand of Austria on 28 June 1914, the act that precipitated the First World War.