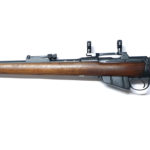 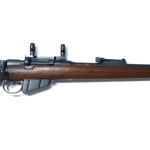 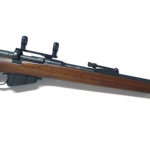 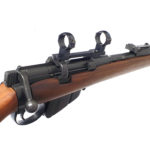 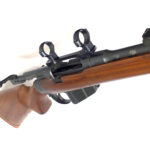 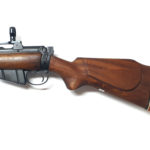 This rifle is in good to very good, used condition. It is mechanically sound and functional.
I cannot tell if it still has the original, military finish, or if it has been reparkerized, but it has that matte grey, military-style finish.
The overall finish is very good to excellent, except for two small patchs of wear on the top of the barrel, just behind the rear sight.
The wooden stock is in excellent condition with no discernible scratches or dents, and the recoil pad looks brand new.
It includes a fitted scope mount and rings.