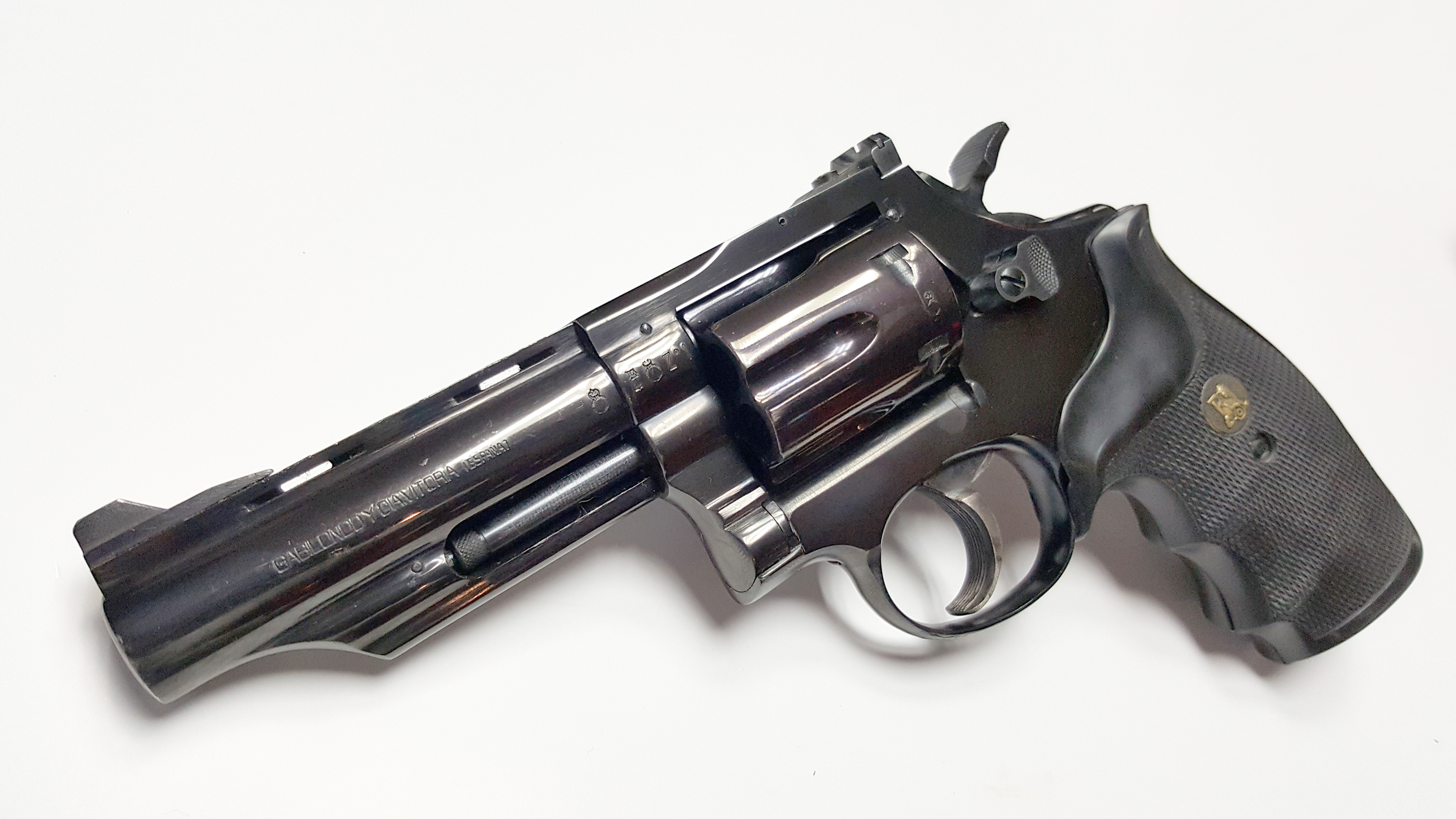 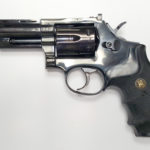 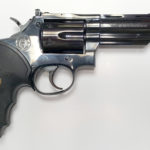 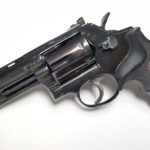 This gun is in very good used condition. It is mechanically good and functional.
Its blued finish is still very good with no significant wear or scratches. There is only a single small mark on the top strap.
It comes with aftermarket Pachmayr rubber grips.