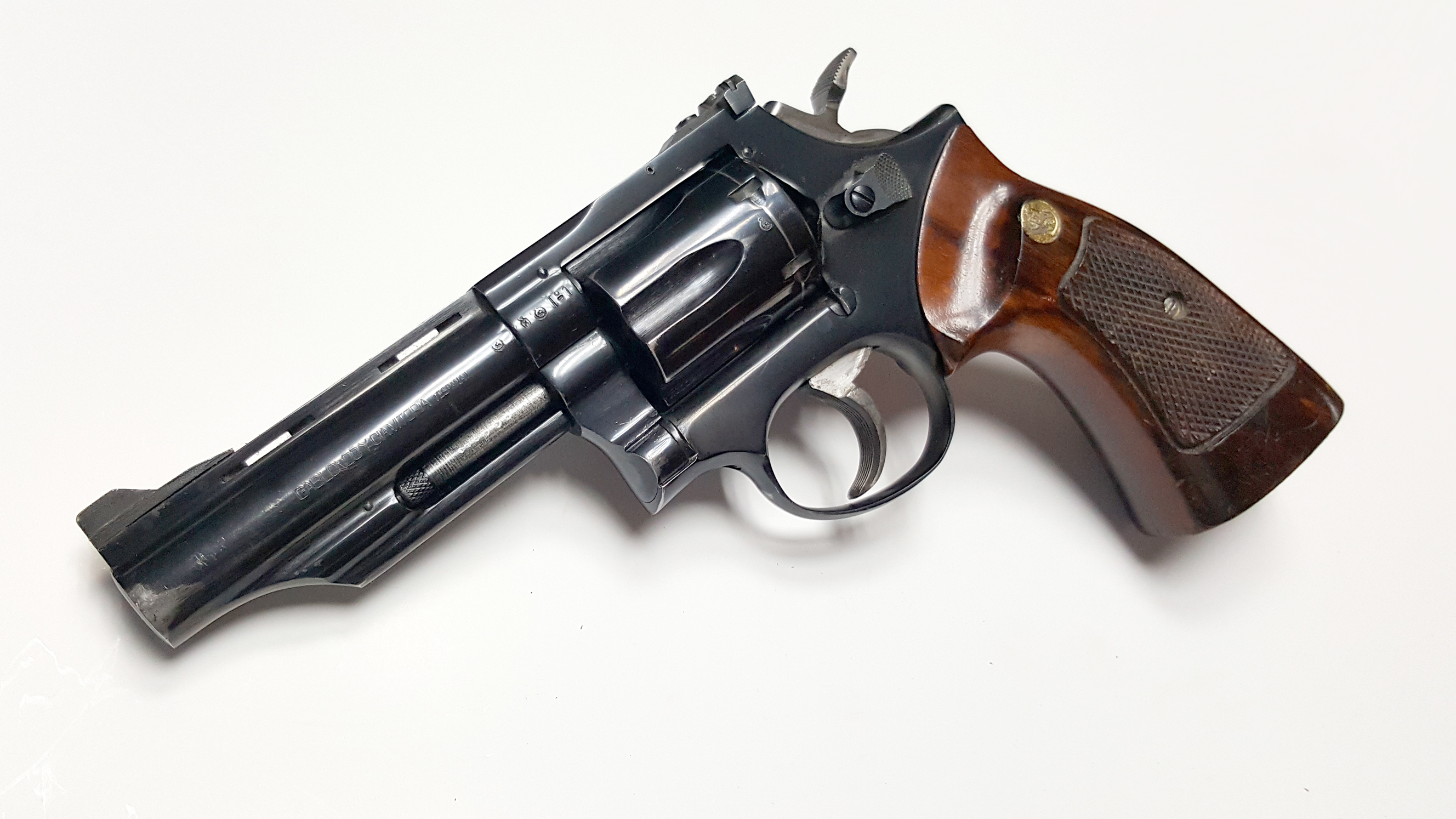 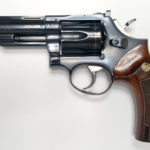 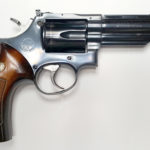 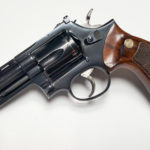 This gun is in fair to good used condition. It is mechanically good and functional.
There is holster wear around the muzzle and front of the trigger guard.
It comes with Smith & Wesson wooden grips that are in good condition.