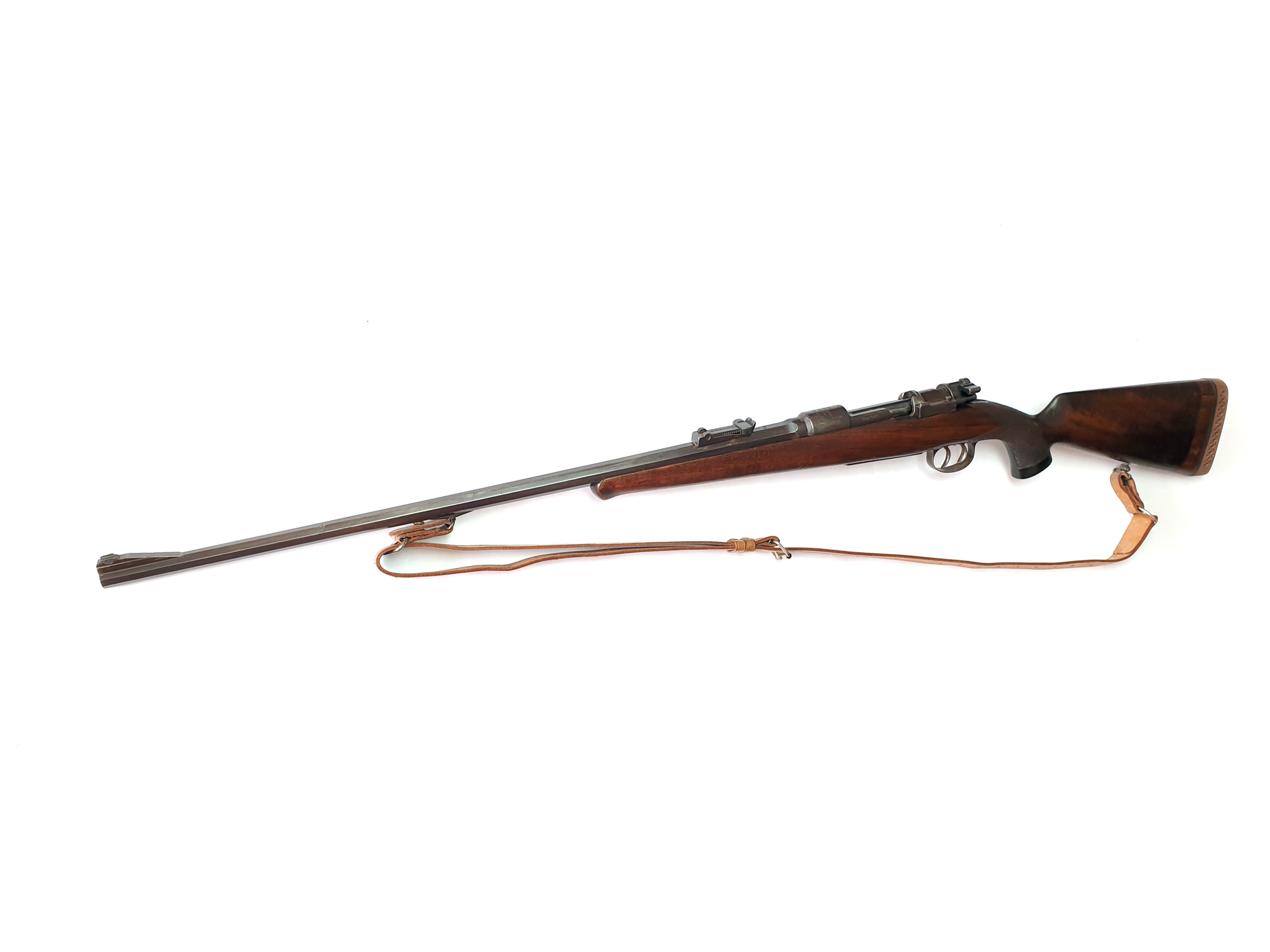 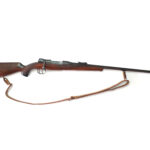 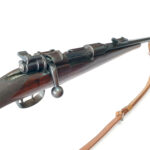 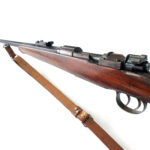 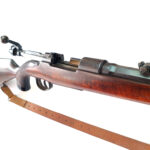 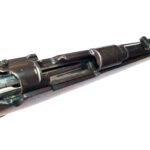 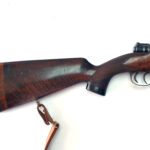 This Mauser bolt-action rifle which has a 1907 manufacturing stamp appears to be a pre-WW1 hunting rifle, incorporating a first type 98 commercial action and fitted with German early model double set triggers.
It is chambered in 7x57mm Mauser, and has an octagonal 25″ barrel which is fitted with a tangent rear sight and a fine silver bead on a long ramp.
It is set in a traditional sporting wooden stock which has been slightly extended at the butt.
At the base of the barrel are the  markings, ‘ WAFFENFABRIK MAUSER A.-G. OBERNDROF A/M 1907″
On the side of the receiver it is marked “Mod. 1904″.
On the side of the barrel it is stamped ” FLUSS STAHL KRUPP ESSEN”.

The 7×57mm Mauser (also know as the 7 mm Mauser, 7×57mm and .275 Rigby in the United Kingdom.) is a first-generation, smokeless powder, rimless bottle-necked rifle cartridge.
It was developed by Paul Mauser  in 1892 and adopted as a military cartridge by Spain in 1893.
It was subsequently adopted by several other countries’ militaries, and although now obsolete as a military cartridge, it remains in widespread international use as a sporting round.
The original  military load featured a 175 grain round nose bullet fired at a velocity of 2300 ft/s.
Later, a 154 grain Spitzer bullet was developed which gave a velocity of 2900 ft/s.

This gun is in fair to good, used condition (for its age). It is mechanically sound and functional.
The overall finish to the barrel and receiver has some light, uniform wear, as well as light wear on the edges of the barrel and a few, small, light patches of wear in places.
There is also some light wear to the trigger guard, bolt handle and magazine base pad.
There are three very shallow, small holes on top of the receiver where someone started to tap for scope mounts.
The wooden stock is good for its age, with a few, very small, light dents in places, and it has been slightly extended at the rear of the butt and a new recoil pad has been fitted.
It has a 25″ octagonal barrel and a double/set trigger.
It includes a leather sling.