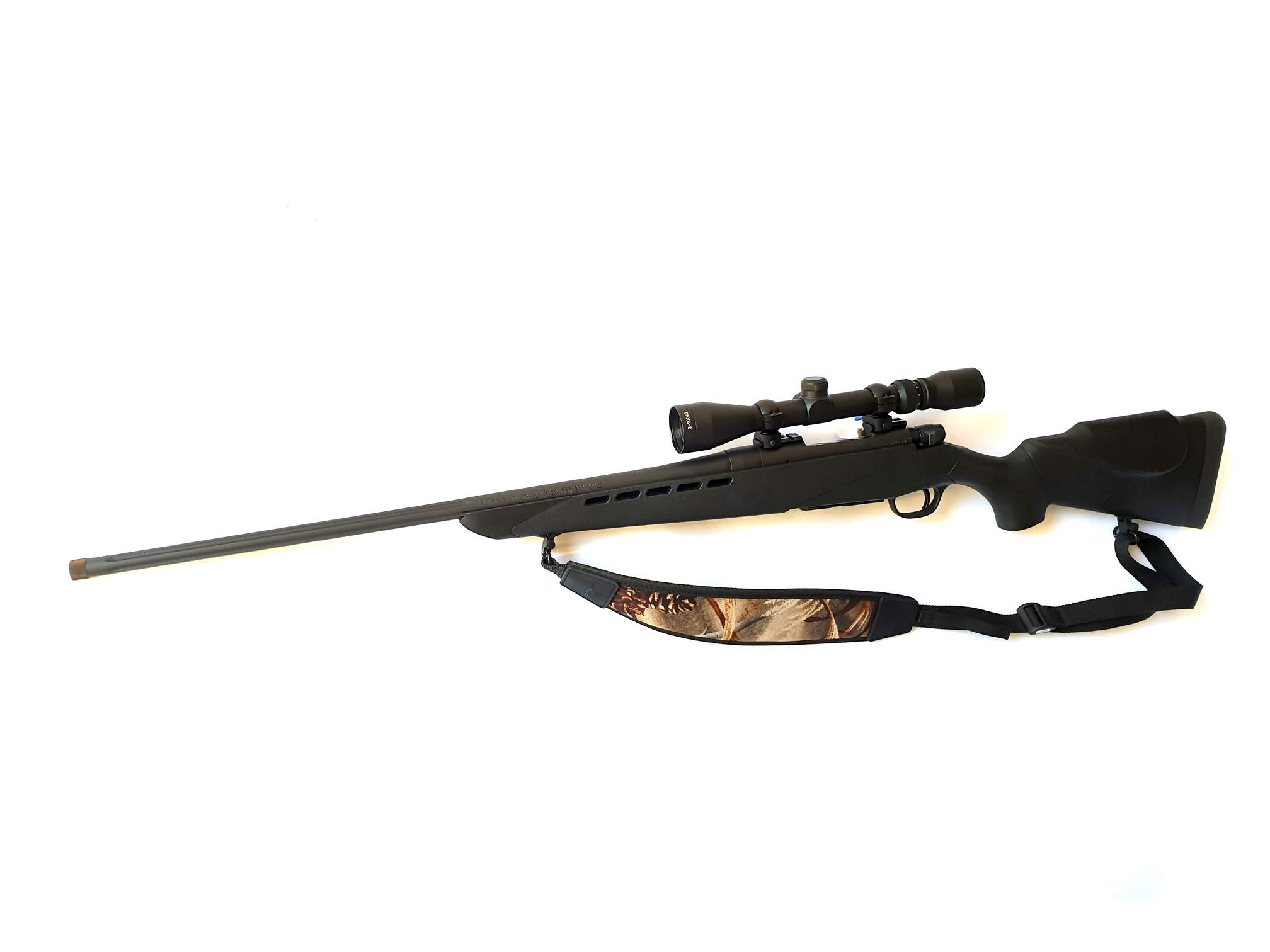 The Mossberg 4X4 is a bolt-action hunting rifle manufactured by O.F. Mossberg & Sons, Inc. in the United States of America.
It is an economically produced and classically styled rifle designed to offer the best possible value for money for a simple yet good performing hunting rifle.

It features a free-floating, 24″ button-rifled, fluted barrel that provides exceptional out of the box accuracy.
The bolt comes with a factory spiral flute and the trigger is adjustable.
The rifle is fed from a detachable box magazine.,
This particular rifle is set in a rigid, Monte Carlo style synthetic stock with a vented fore-end to dissipate barrel heat.
It also makes this rifle exceptionally light.

The .308 Winchester, first launched in 1952, is one of the world’s most popular short-action, medium to big-game hunting cartridges.
It is also commonly used for target shooting, metallic silhouette, bench rest target shooting, palma, metal matches, military sniping, and police sharpshooting.
It was based off of the experimental military T65E5 cartridge (which would later be designated and adopted as the  7.62 x 51mm NATO in 1954).

It uses a rimless, bottle-necked case and a 0.308″ (7.8mm) diameter bullet, ranging from 125 – 185 gr in weight, with a muzzle velocity ranging from 3,100 ft/s to 2,500 ft/s.
Although not identical, the .308 Winchester and military 7.62 × 51mm NATO cartridges are similar enough that they can be loaded into rifles chambered for the other round, but the .308 Winchester cartridges are typically loaded to higher pressures than 7.62×51mm NATO service cartridges.

This gun is in like new, used condition. It is mechanically sound and functional.
The overall finish and condition is still perfect.
It has a 24″ threaded barrel with barrel nut, and includes a Mossberg brand suppressor.
The bolt has been polished.
It is fitted with a 3-9 X 40 scope (unknown make), which also still in excellent condition.
It comes with a nylon sling and rifle bag, both in excellent condition.