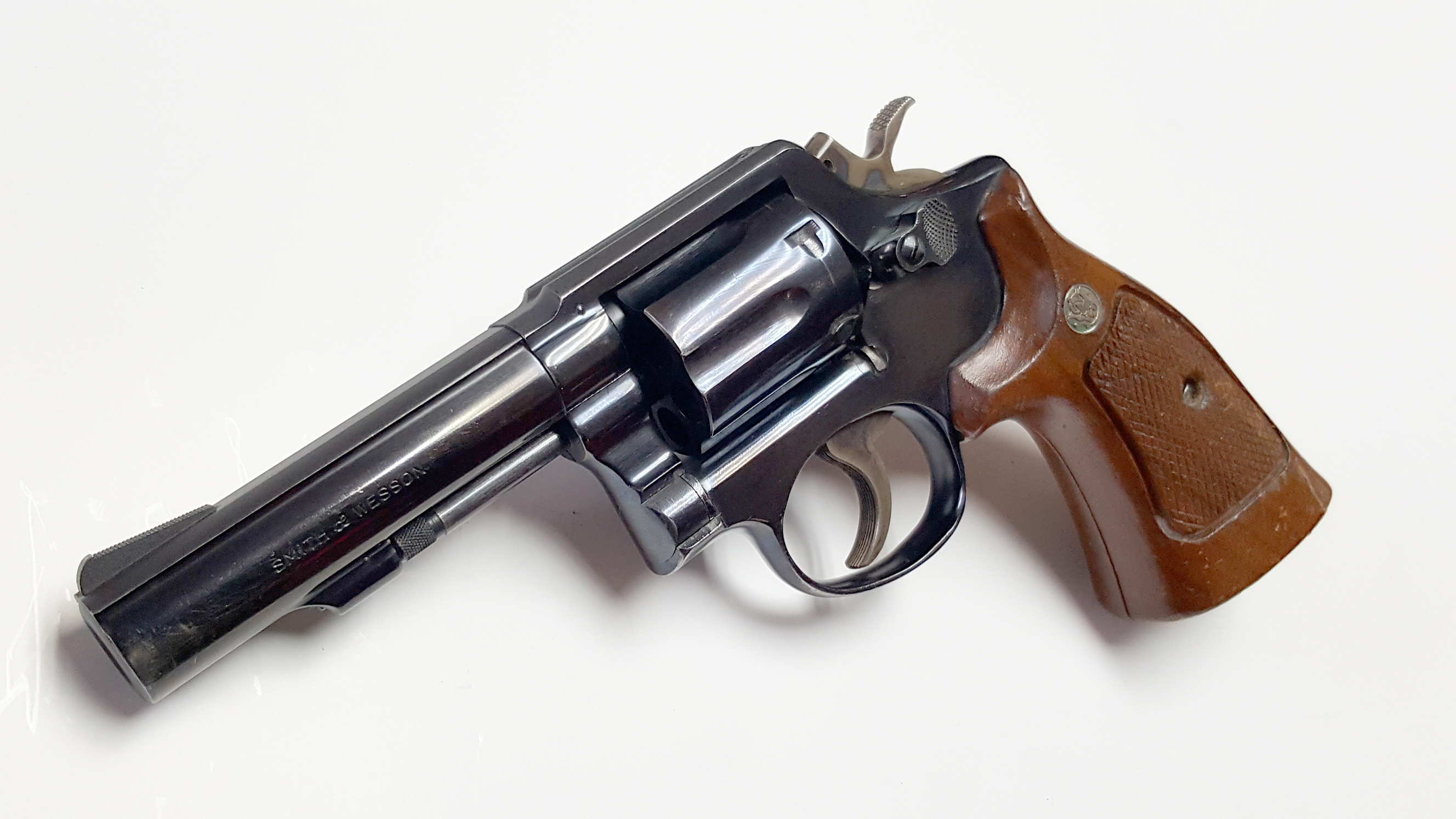 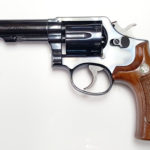 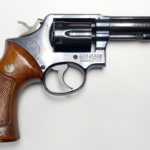 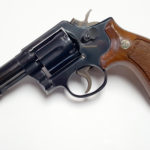 The Smith & Wesson Model 10 is the modern version of the famous Smith & Wesson Military and Police (M&P) or the Victory Model.
The original Police & Military model has been in production since 1899, and over the years and through its many iterations, over 6,000,000 of these revolvers have been produced, making it the most popular handgun of the 21st Century.

This gun is in good used condition. It is mechanically good and functional.
The blued finish has some holster wear around the muzzle as well as a few light scratches on the frame and cylinder.
It has large, wooden Smith & Grips which seem to come from a Smith & Wesson Model 19, which are fairly scratched.

This firearm is suitable for home self defense.
Even though this revolver has a relatively small frame, this example does have large grips and also may be a little heavy for every-day carry, unless for a large-framed person.

After all this revolver has serious combat pedigree.