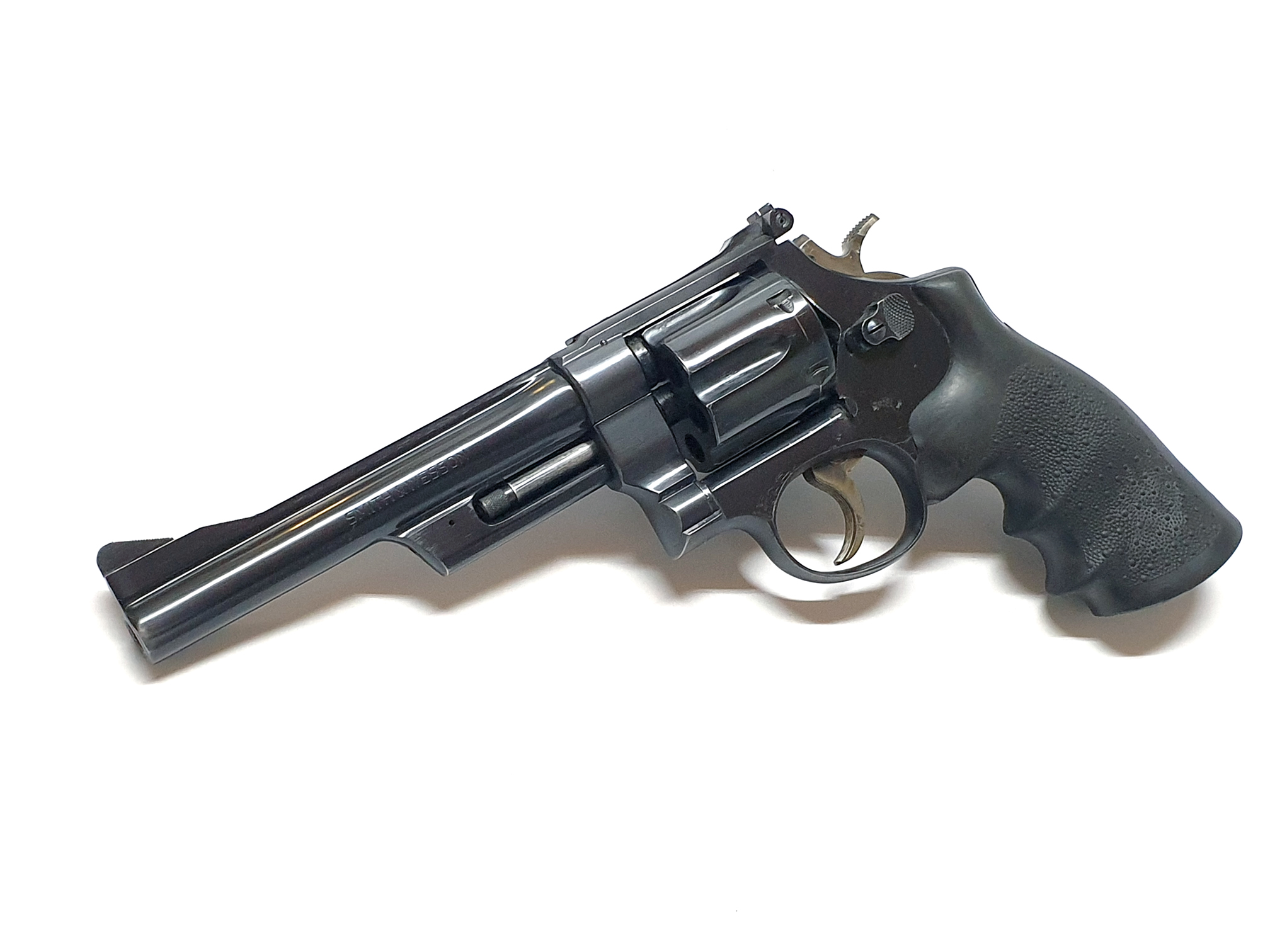 This gun is in good to very good, used condition. It is mechanically good and functional.
The overall, original finish is very good, with only some light wear around the muzzle, and some extremely light wear around the front edges of the frame and trigger guard.
There is a very light drag mark along the cylinder, and one or two very small spots of very light surface rust in places, but nothing very significant and easily removed.
It is fitted with Hogue rubber grips, but also includes its original, wooden S&W grips, which are in fair to good condition.
It also comes with 2 x HKS Model 27 speed-loaders.
The lockup is still very good.
The barrel length is 6″.