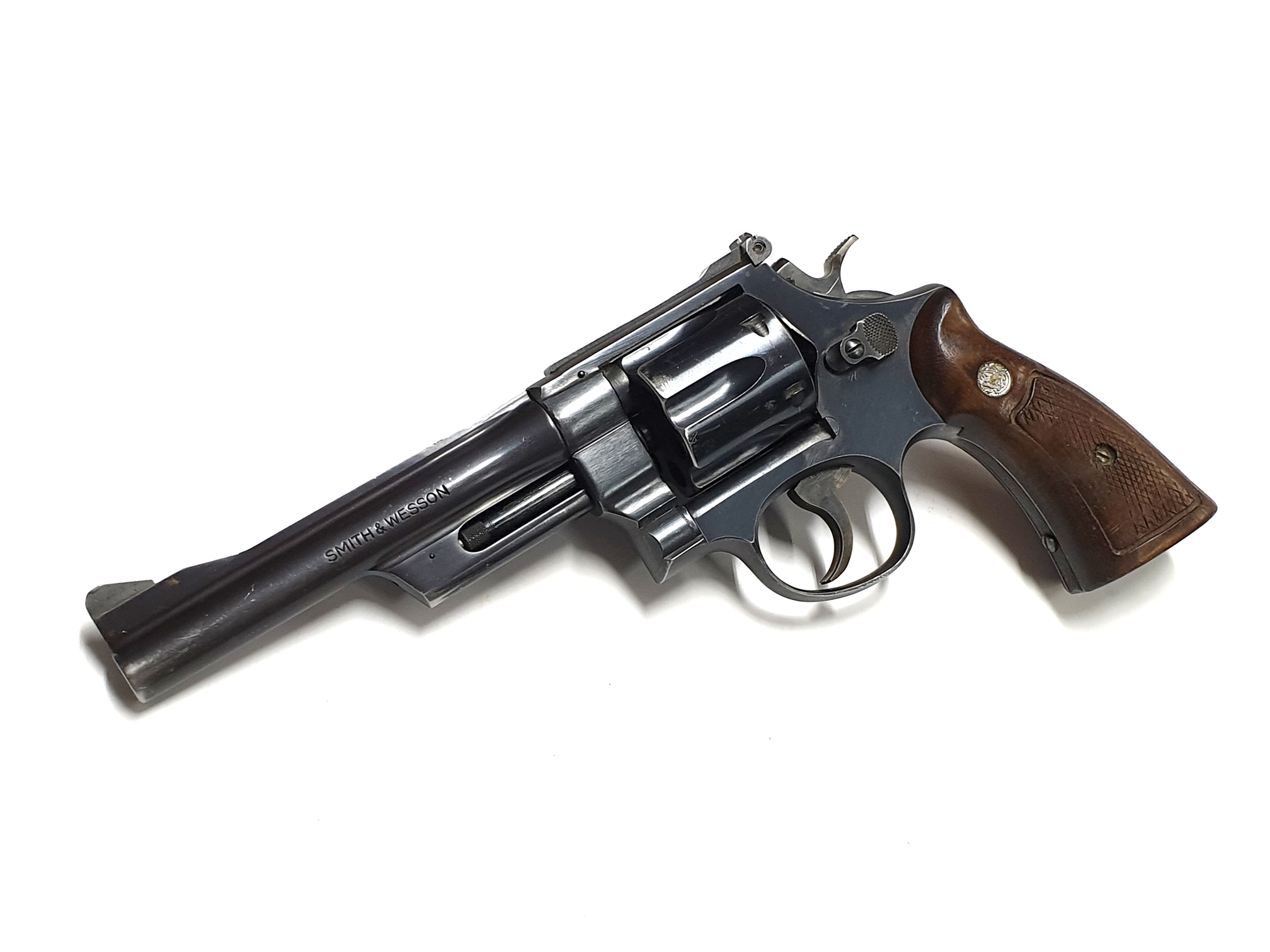 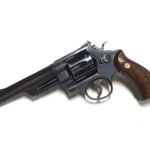 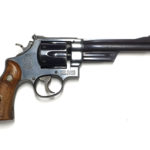 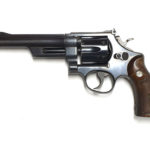 This gun is in fair to good used condition. It is mechanically good and functional.
There is slight holster wear on the barrel and a few light scratches on the frame and cylinder.
Original wooden grips are slightly worn.