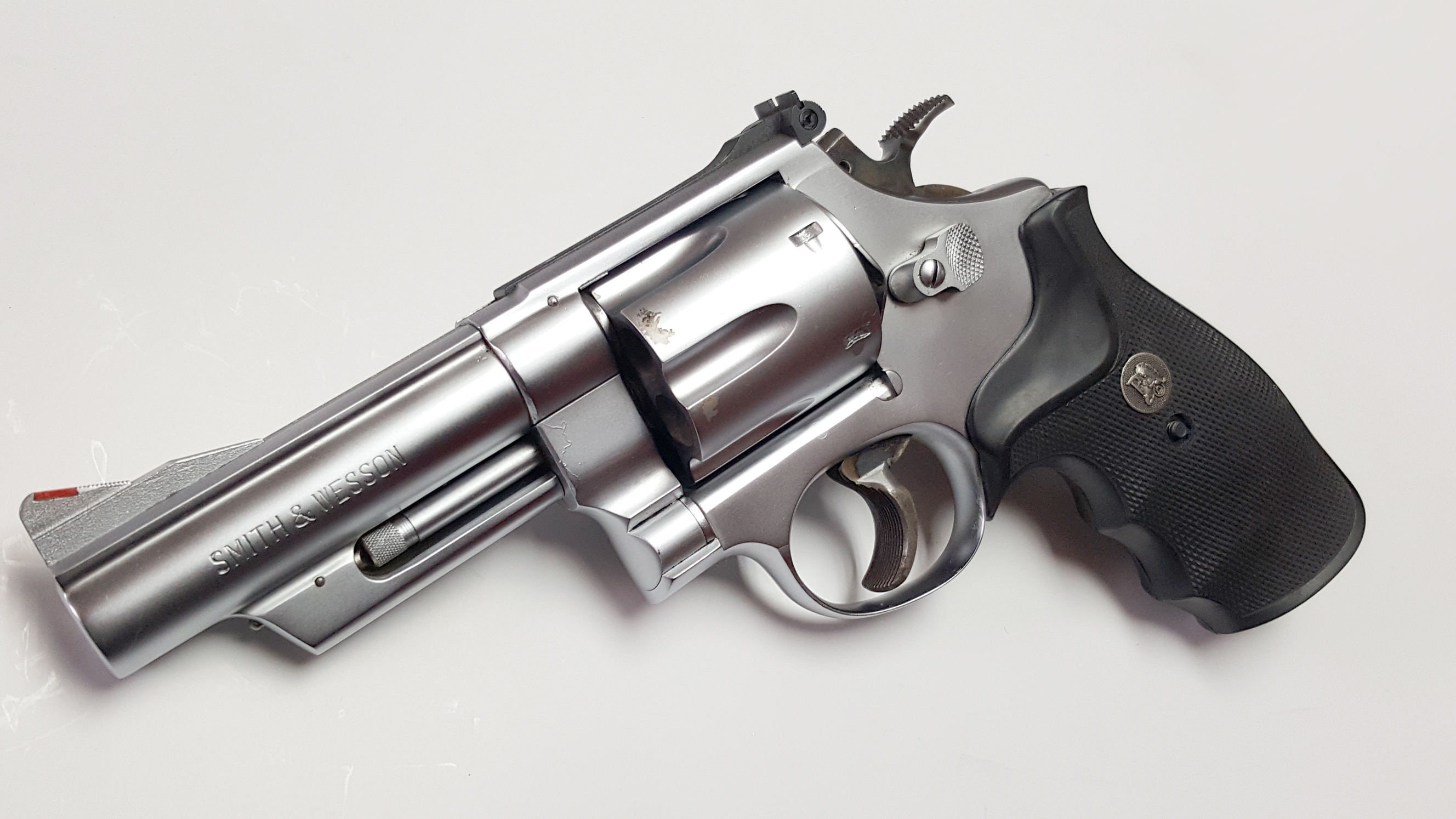 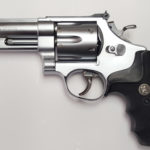 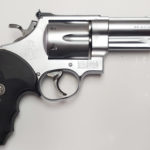 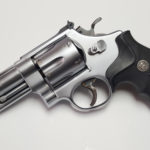 The Smith & Wesson Model 29 is a six-shot, double-action revolver built on the large N-frame and chambered for the .44 Magnum cartridge.
It was first introduced in 1955 but only given the designation of Model 29 in 1957.
At the time of its introduction the Model 29 was the most powerful production handgun in the world.

It was designed primarily as a sidearm for hunters of large, dangerous game, and initially only found small demand in this relatively small, niche market.
It wasn’t until its appearance in the ‘Dirty Harry’ film franchise in 1971 that its popularity and demand exploded, propelling it to one of the most famous and sought after firearms of all time.

This gun is in good used condition. It is mechanically good and functional.
It has a brushed or matte satin-nickel finish that is still very good except for a few marks on the edge of the cylinder.
It comes with aftermarket Pachmayr rubber grips.
It also has a wide, target-style grooved trigger.

The 1971 blockbuster “Dirty Harry” transformed the relatively unknown Smith & Wesson Model 29 into an immortal movie icon, particularly the blued, 6″ barreled version wielded by Inspector Harry Callahan in the film.
However the original script actually called for Harry to carry a silver, 4″ barrel Model 29, but the producers were unable to source one.

If they were able to find one, it would have looked a lot like this particular example and IT would have been the famous, “most powerful handgun in the world” we all fondly recognize today.