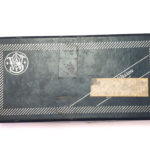 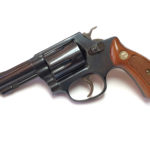 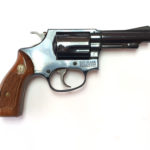 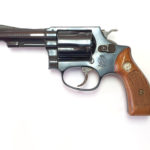 This gun is in very good used condition. It is mechanically sound and functional.
While the original finish is still very good, it has a fair amount of light surface rust all over from sitting in storage, which can easily be cleaned off.
The original wooden grips are still perfect.
Comes in its original cardboard box.