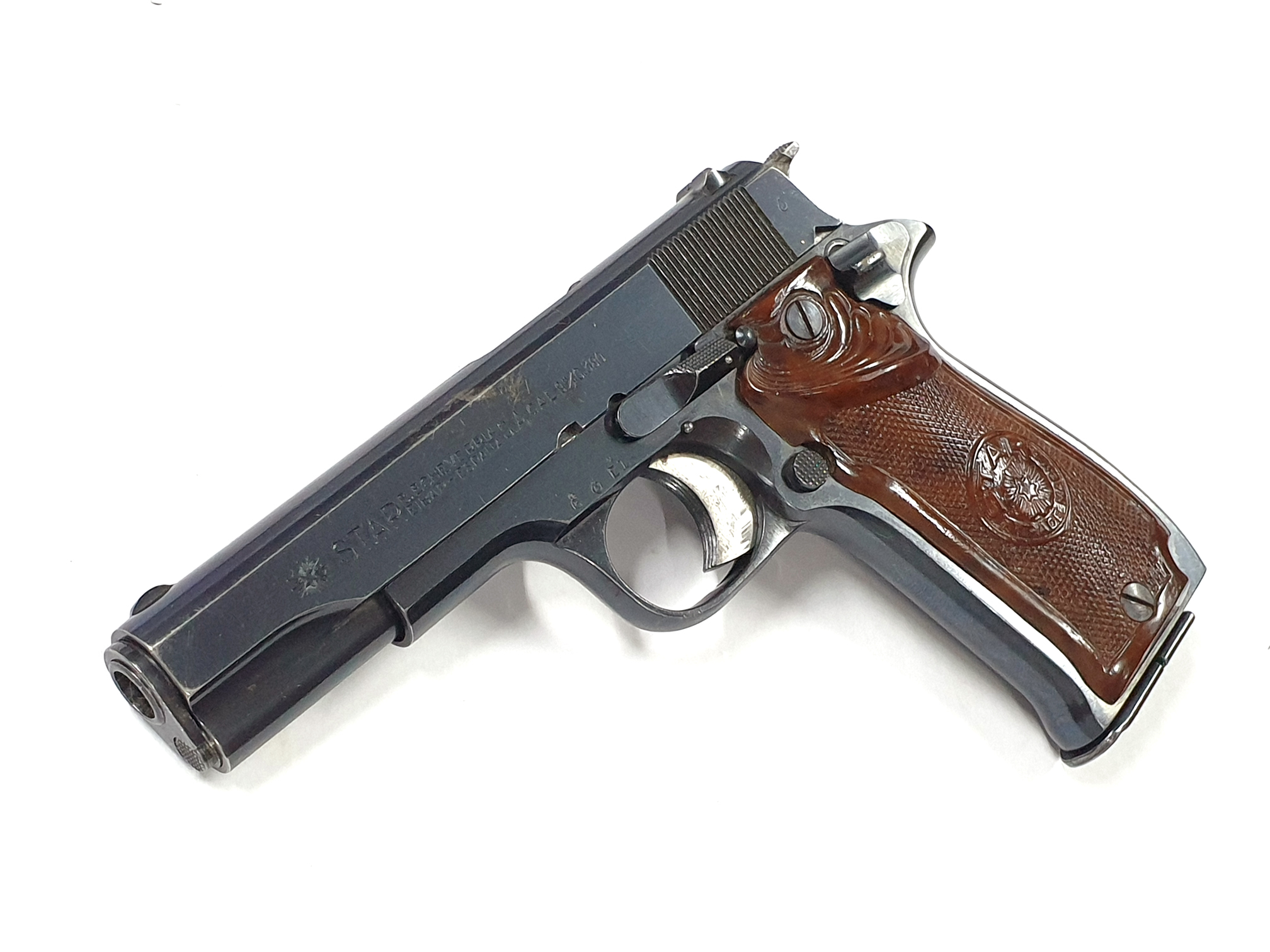 The Star Model S is an all-steel, compact version of the Star Model B family of pistols, available chambered in 9mmK and 7.65mm (.32 ACP – designated SI), and produced from 1940 till 1983.
The design of these pistols greatly resembles a miniature M1911, or rather a Star Model B, as they are in fact scaled down versions of the full-sized Star pistols, complete with a short-recoil locked-breech, and featuring the same general profile and controls.

The Star Model S has been used by the police and armed forces of a number of countries, especially by troops who prioritize space and weight, such as aviators.
At one time the Model S was the official sidearm of the Spanish Foreign Legion.

It is notable that this is one of the few, delayed blow-back 9mmK pistols that are available, as most others are designed as straight or direct blow-back, giving this pistol a noticeably softer recoil impulse.

This gun is in fair to good, used condition. It is mechanically sound and functional.
There is some light wear along all the edges of the slide and frame/trigger guard and control parts, as well as one very small patch of wear on the left side of the slide.
The original plastic grips are still very good, and the action is extremely tight.
It comes with 2 x 8 round magazines.

This firearm is perfect for every-day, concealed or pocket carry.