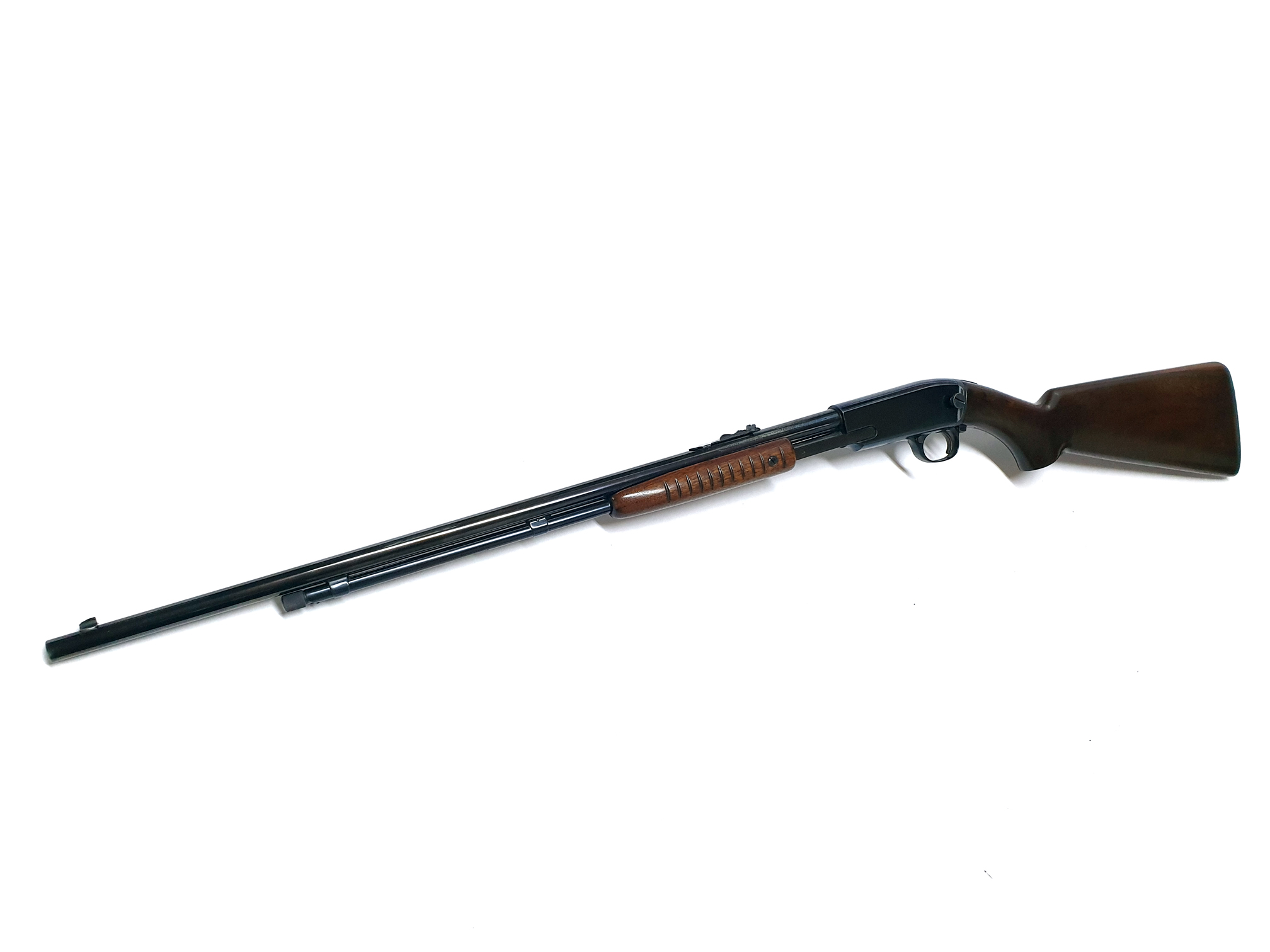 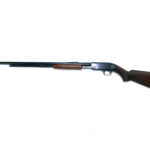 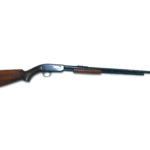 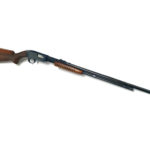 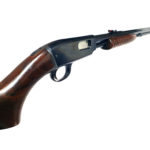 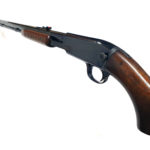 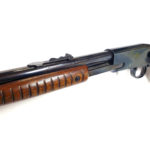 The Winchester Model 61 is a pump-action rifle produced by Winchester Repeating Arms company from 1932 to 1963.
Despite the lower model number, it was actually the direct successor of the Winchester Model 62 (produced from 1932 to 1958) which itself replaced the Model 1906  (produced from 1906 to 1932).
These were all slide-action, take-down, “Gallery Guns” advertised for general sporting use, and available chambered in various .22 calibers (.22 Short, .22 Long, .22 Long Rifle, .22 Winchester Rimfire or .22 Winchester Magnum).

The main difference between the Winchester Model 61 and 62 is that the Model 61 was designed as a hammerless rifle to compete with other similar rifles like the Remington Model 12, while the Model 62 retained the classic, hammer design of the previous Model 1906.
The Model 61 was originally available chambered  for only a specific .22 caliber cartridge (i.e. each particular model being capable of firing only the cartridge it was designed for), but later models altered the feeding mechanism and rifling to allow a single model to fire .22 Short, Long, and Long Rifle cartridges.

These rifles were also take-down rifles, meaning that they can easily be dissembled into two parts for easy transport.

There are three recognized variations of the Model 61.
The first was the “Pre-war Model 61” with a plain, walnut, straight-grip stock; a flat, shotgun-type butt-plate; and a smaller, grooved forearm.
The next version was the “Post-war” or “Standard Model 61,” which differed by having a longer and more robust, grooved forearm.
The third type was called the “Magnum Model 61,” and this model differed in that it was chambered only for the .22 WMR cartridge and also had the larger grooved forearm.

This particular Model 61 is a “Pre-War” variant (or at least has the shorter forearm of that variant), chambered for .22 Short/.22 Long and .22 Long Rife.

This gun is in excellent to like new, used condition. It is mechanically sound and functional.
The overall finish is excellent, almost perfect. There is only some very light wear around the muzzle, as well as under the barrel and around magazine tube where the forearm moves back and forth.
The wooden forend and stock are still in perfect condition.
It has a 24″ barrel and will feed .22 Short, Long and Long Rifle cartridges.

This firearm may also have some collectors value for Winchester or old .22 rifle themes.