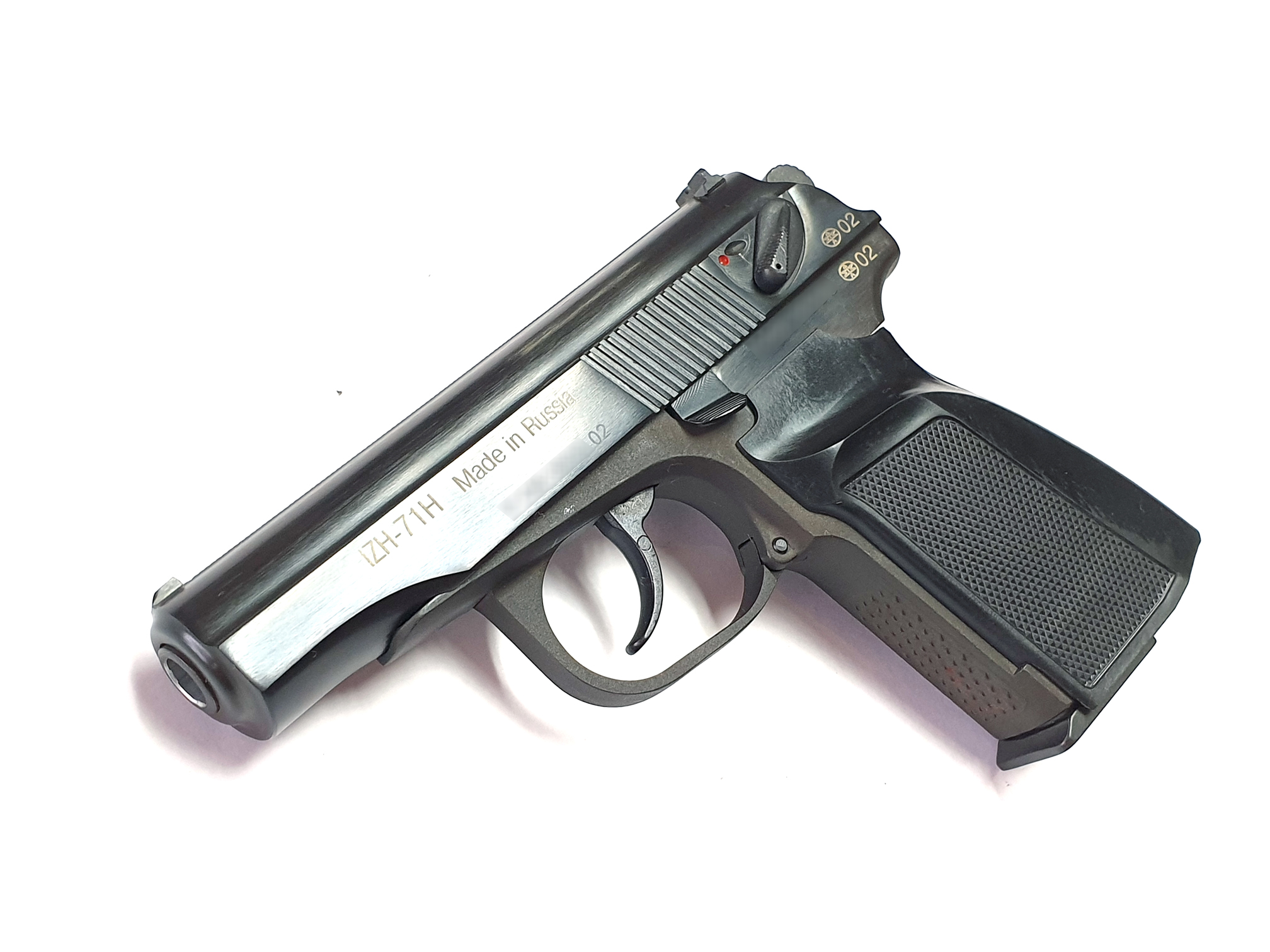 The Baikal IZH-71H is a medium-frame, double-action/single-action, direct blowback, semi-automatic pistol chambered in 9mmK and manufactured in Russia.
It is a modern, commercial variant of the famous Makarov pistol, or PM (Pistolet Makarova, literally Makarov’s Pistol).
The PM became the Soviet Union’s standard military and police side arm in 1951 and remained in wide front-line service until and beyond the end of the USSR in 1991.

The PM is an all steel firearm with a fixed barrel, and the general layout and field-strip procedure of the pistol is similar to that of the Walther PP.
However, the designer drastically simplified the construction of the pistol, improving reliability and reducing the part count.
The breech face is deeply recessed in order to aid in extraction and ejection reliability.
The pistol includes a slide mounted combination manual safety/decocking lever.

During the 1990s, Baikal marketed various Makarov-derived handguns in the United States, including variants in both standard and high-capacity frames.
This modern, commercial variant of the PM differs from the original pistol in that it has a double-stacked magazine with a 12 round capacity.
It is also chambered for 9mmK instead of the original 9x18mm Makarov military round.

This gun is in like new, used condition. It is mechanically sound and functional.
The overall finish to the firearm is still perfect although just a little dirty from storage, but nothing a good strip and clean won’t fix.
I would say that it is possibly brand new and unused if not for the old, tattered original box that it comes in.
It comes including its original manual.
Includes 2 x 12 round magazines.

This firearm is suitable for home self defense and is perfect for every-day, concealed carry.