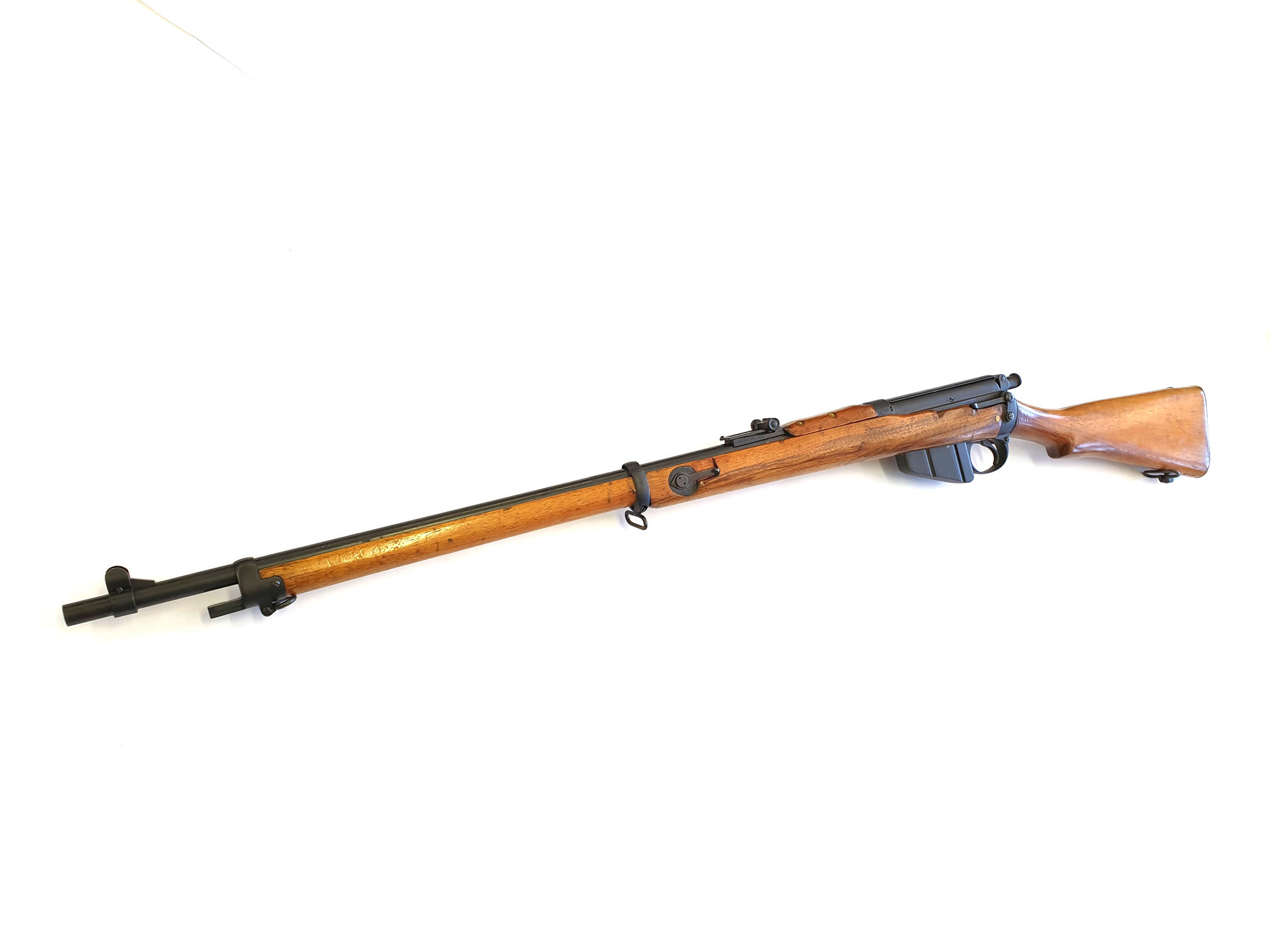 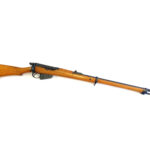 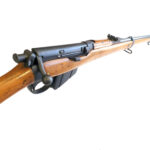 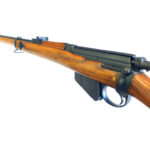 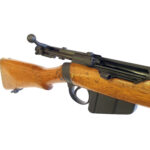 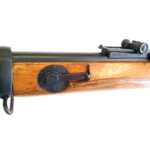 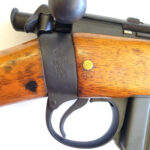 The Lee–Enfield is a bolt-action, 10 round, magazine-fed, repeating rifle that served as the main firearm used by the military forces of the British Empire and Commonwealth during the first half of the 20th century.
It was the British Army’s standard rifle from its official adoption in 1895 until 1957.

A redesign of the Lee–Metford rifle, the Lee–Enfield was introduced in November 1895 as the .303 calibre, Rifle, Magazine, Lee–Enfield, or more commonly known as the Magazine Lee–Enfield, or MLE Mk I.
In 1899 it underwent a minor upgrade series (the omission of the cleaning / clearing rod), to become the Mk I*.
A shorter and lighter version of the original MLE was introduced in 1904 and became known as the SMLE, which is short for the common Short, Magazine, Lee–Enfield variant.

During this long service life there have been many different variants and Marks of this rifle, however all version were chambered  to fire the .303 British (or 7.7×56mmR) service cartridge, a rimmed, high-powered rifle round.
Total production of all Lee–Enfields is estimated at over 17 million rifles, with many still available today on the second-hand market.

This particular rifle is a “Long” Lee-Enfield or MLE Mk1* manufactured by BSA, as indicated by ‘E.R., B.S.A. Co, 1902., LE, I*’ stamps on the receiver.
There are various other military and import proof stamps located on the barrel, barrel bands and trigger, including a ‘U’ with broad arrow inside it, indicating the Union of South Africa.
Some other notable features are the magazine cut-off mechanism and the long-range volley sights, which were included on very early Lee-Enfield variants.

This gun is in very good to excellent (for its age), used condition. It is mechanically sound and functional.
The overall original finish is still very good, with only some small patches of light wear in a few places, like on the control parts, and the odd, small, light scratch.
The wooden stock is very good for its age, with only the odd, small ding in places, and it has a brass butt plate.
The action is still clean and very smooth.

This firearm is technically suitable for medium and big game hunting, but is more suitable and desirable as a collectors firearm to those who collect Lee-Enfields or old war rifles.