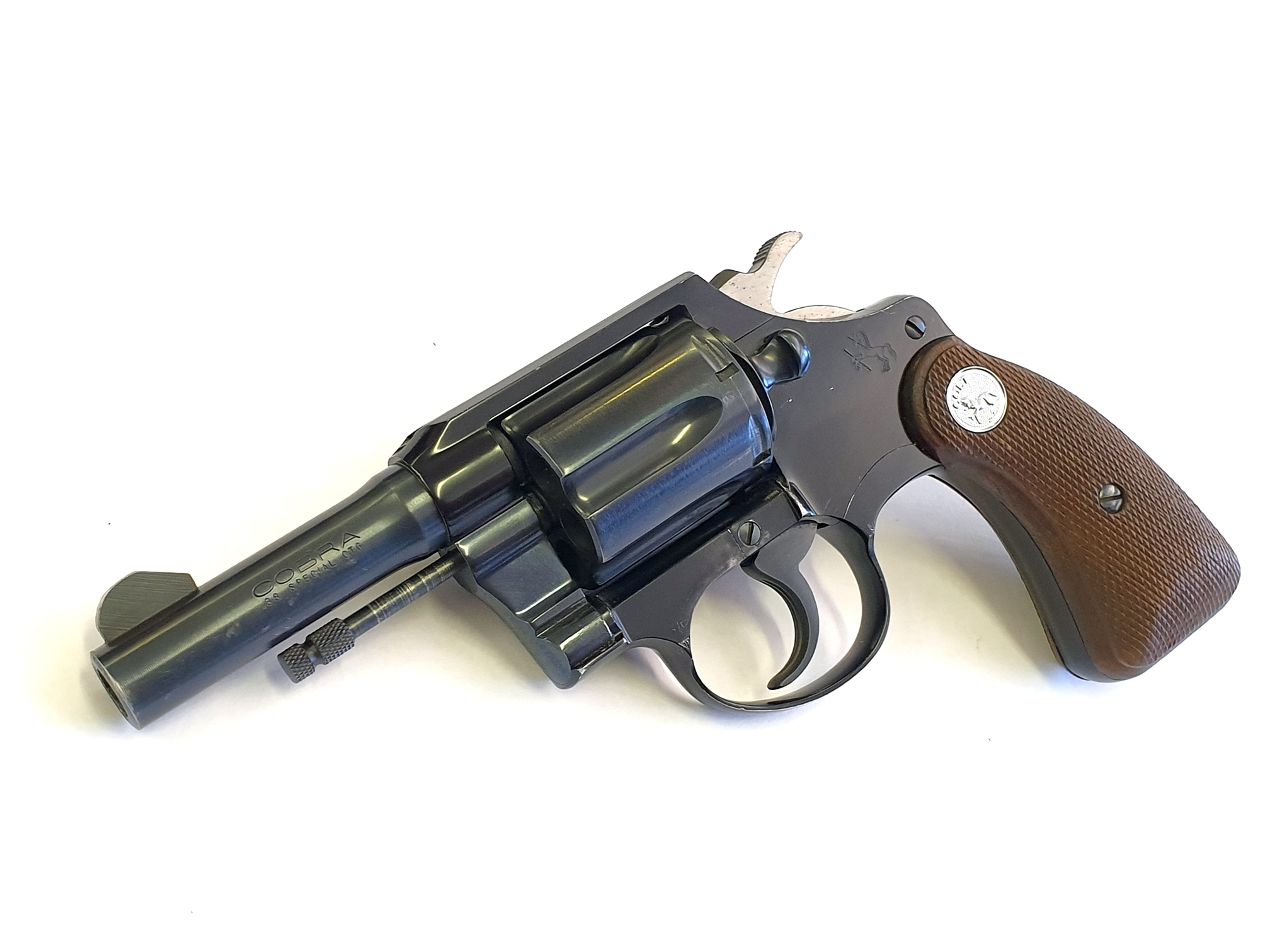 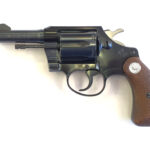 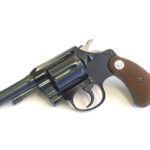 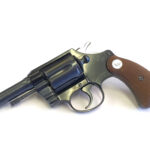 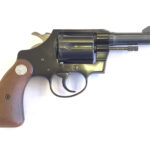 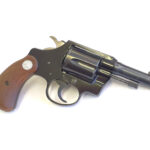 The Colt Cobra is a lightweight, aluminum-framed, double-action/single-action, 6 shot, short-barrelled revolver manufactured from 1950 until 1981 (although recently a new model of the Cobra has been put back into production).
It was chambered most commonly in .38 Special, as well as .38 New police, .32 Colt New Police, and .22 LR.

The Cobra was made in two models: the First Model, made from 1950-1971, and an improved Second Model, made from 1972-1981, recognizable by its shrouded ejector rod.
The Cobra is the same overall size and configuration as the famous Colt Detective Special and uses the same size “D” frame, except that the Cobra’s frame is constructed of lightweight aluminum alloy as compared to the all-steel frame of the Detective Special.

Standard Cobras were blued with round-butt grip frames.
The .38 Special Cobra was available in 2, 3, 4, and 5″ barrel lengths, and the 2″ barrel version was available with a nickel finish at additional cost.
Early models also had a square-butt option.

This particular example is a First Model Cobra with a round-butt and original wooden grips, and 3″ barrel.

This gun is in good to very good used condition. It is mechanically sound and functional.
There is some very light wear around the muzzle and a few, tiny spots of light wear on the side of the barrel.
There are also a few very small patches of extremely light wear on the frame around the trigger guard, as well as on some edges of the frame.
There are a few, tiny chips in places, which are virtually unnoticeable and insignificant. The original Colt wooden grips are still excellent with only a few, tiny, light dings in places, which are almost unnoticeable.
The cylinder lockup is still excellent.

This firearm is suitable for home self defense, as well as every day concealed carry, although the slightly longer, 3″ barrel may make it slightly cumbersome to conceal for a small-framed person.

This firearm may also have some collectors value as Cobras are premium quality revolvers that are often highly sought after.

A First Model Colt Cobra chambered in .38 Special was used by Jack Ruby to kill Lee Harvey Oswald after he assassinated President John F. Kennedy.
The infamous gun was purchased by a collector for $220,000 at an auction on December 26, 1991.