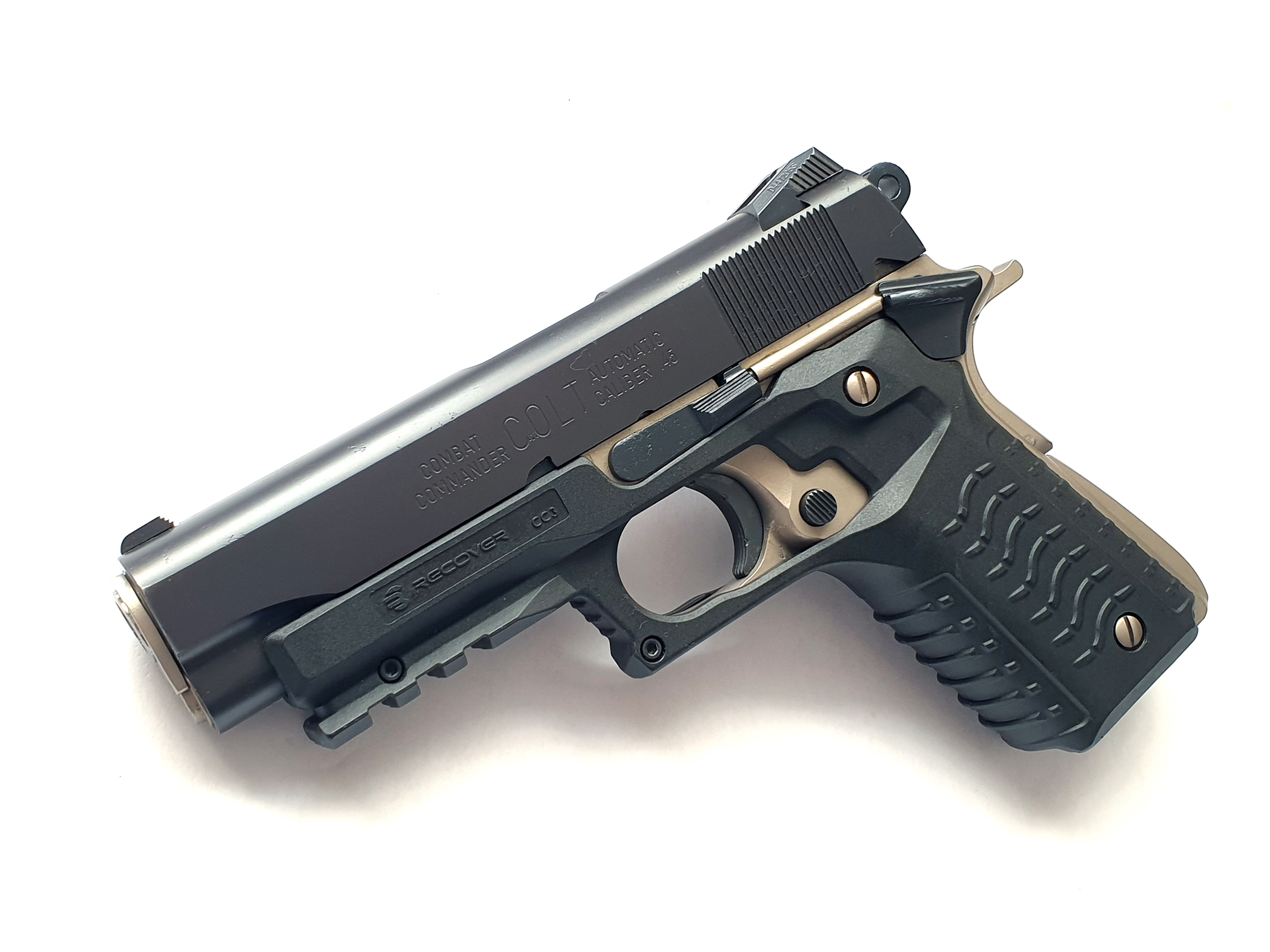 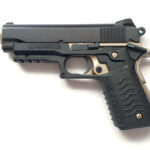 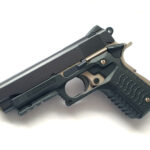 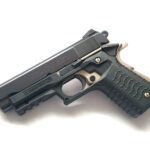 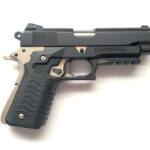 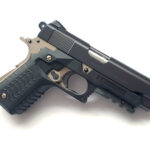 In 1950 Colt’s Manufacturing Company introduced the “Colt Commander”, a slightly shorter barreled version (4.25 inch) of the M1911 manufactured with an aluminum alloy frame.
Later in 1970, the “Combat Commander” was released, which was an all-steel version of the Colt Commander, which from that point onward was known as the “Lightweight Commander” to differentiate the two pistols.

This gun is in excellent, used condition. It is mechanically sound and functional.
The overall two-tone finish is still excellent with no discernible marks or wear.
There are only some extremely light, small pit marks on the rear-top of the slide that have been cleaned and nicely refinished (with the entire slide), and are basically insignificant.
It is fitted with a polymer Recover Tactical Grip & Rail System which is still in excellent condition.
The action is still extremely tight.
Includes 2 x 8 round magazines.

This firearm is suitable for home self-defense as well as every day concealed carry.