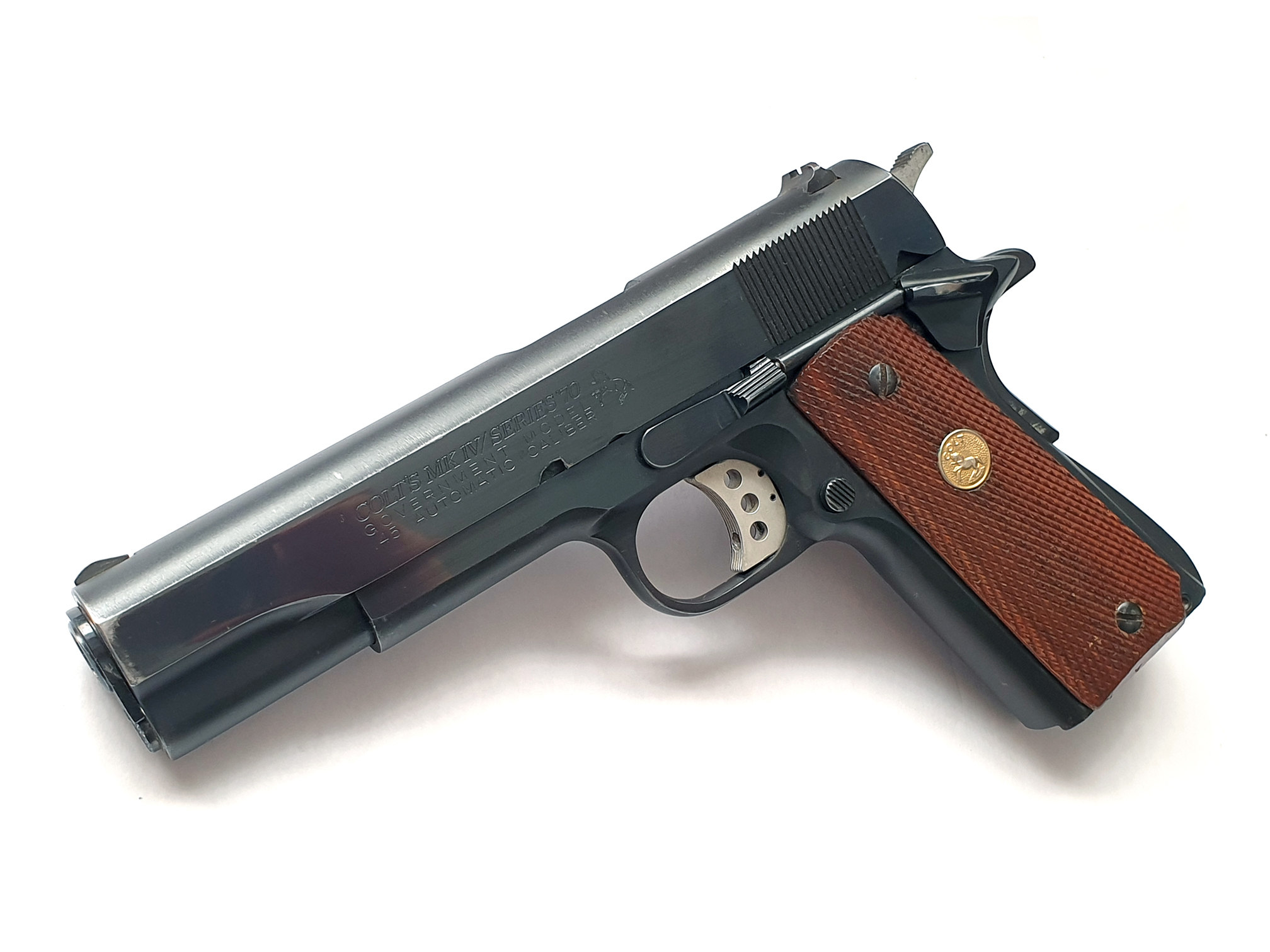 Colt originally sold the the M1911A1 on the civilian market as the “Colt Government Model”.
They later redesigned the barrel bushing in an attempt to improve accuracy, and the resulting, improved Colt Government Model was officially named the “Colt Mark IV Series 70”.
This model was produced from 1970 until 1983, when further updates and improvements to the design resulted in the “Colt Mark IV Series 80” model, which is still in production today.

This gun is in very good to excellent, used condition. It is mechanically sound and functional.
There is only some very light wear to the front of the slide and some extremely light wear to all the edges of the slide and trigger guard, as well as the beaver tail and control part edges.
The original Colt wooden grips are still in excellent condition.
The action is still very tight, and the pistol is fitted with an extended, skeletonized trigger.

This pistol is suitable for home self defense, but is a little too large for every-day, concealed carry, unless for a large-framed person.