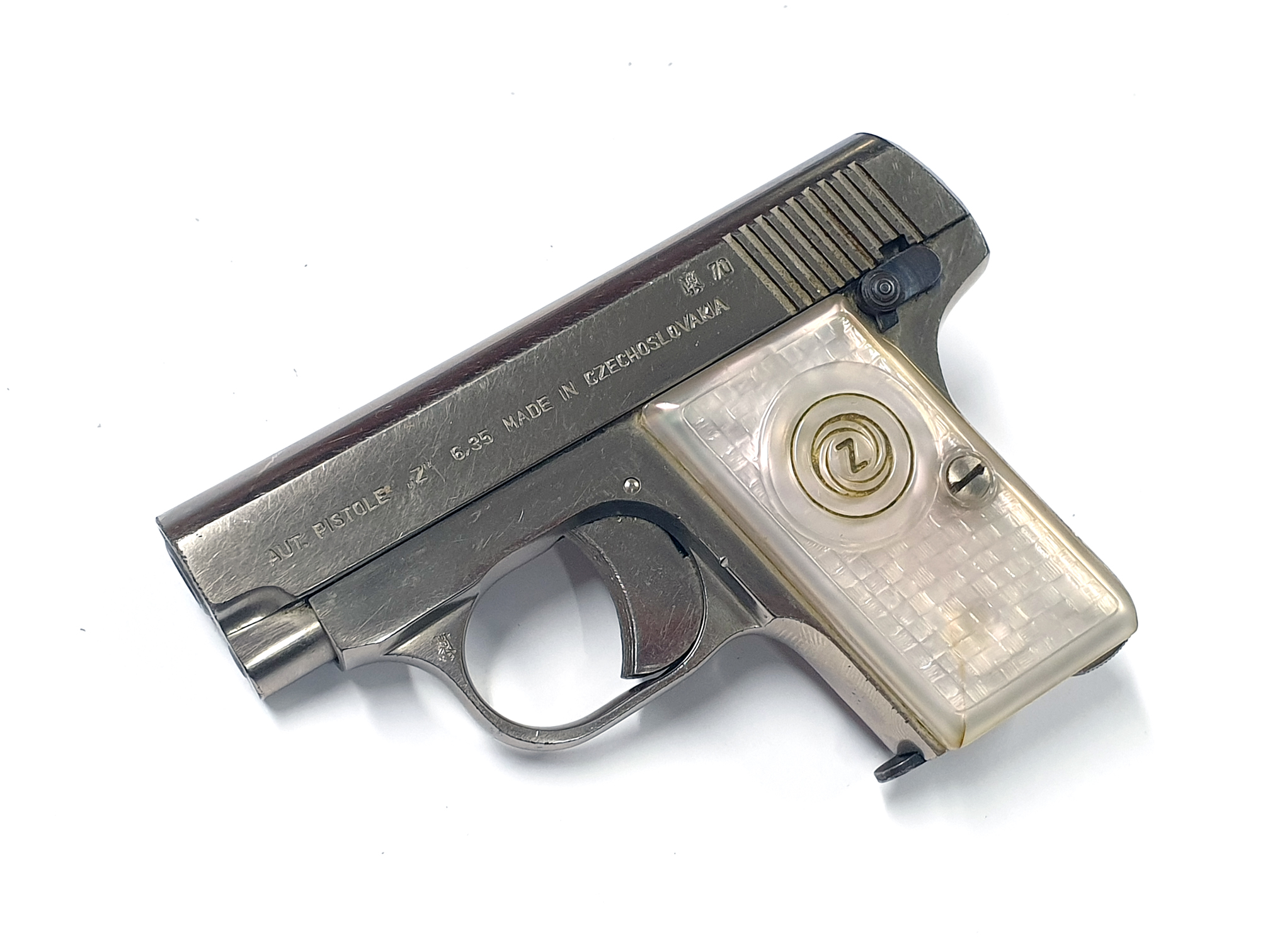 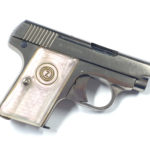 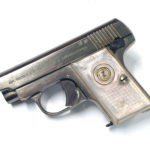 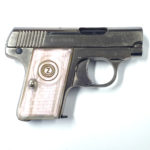 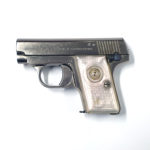 The Automat Pistole “Z” is a direct blowback, semi-automatic pocket pistol chambered in 6.35mm (.25 ACP), manufactured in Czechoslovakia from around 1948.
To quote an article I found when researching this pistol, “The history of Czech arms manufacturing is as convoluted as that of Czech history itself”, that is to say, it is not very clear, but here is a very simplified summary.

The Automat Pistole “Z” is a version of the Czech CZ DUO pistol, which was a copy of the Czechoslovakian made MARS 6.35mm pistol, which itself was based on the FN “Baby” Browning pistol design, except excluding the grip safety.
From 1938 a Czech firearms manufacturer was producing these pistols using the name DUO, which had ‘Automat Pistole “DUO”’ marked on the slides (and also DUO on the grips).

When the manufacturer refused to cooperate with the Nazis during World War II occupation, they took over the factory and proceeded to produce over 110,000 DUO pistols.
The DUO was very popular with the Germans and was sold to the public at large through various sporting goods stores.

After the war, under the Soviets, production of the DUO continued until 1948 when the factory was nationalized.
After nationalization, production was moved to Ceska Zbrojovka (CZ) in Uhersky Brod, and from that point the pistol was marked ‘Automat Pistole “Z”’ and carried the old trademark of Praga Zbrojovka (a previously acquired weapons manufacturing factory in the area) on the grips, which was was a “Z” in a rifled bore.

This gun is in good used condition. It is mechanically sound and functional.
There are only some very light scratches on the stainless steel finish which can easily be buffed and polished out.
The extremely stylish, original plastic grips are still in very good condition.

This firearm is designed for extreme concealed/pocket carry for self-defense, or as a back-up gun.
While it certainly meets this criteria when it comes to weight and size, I would be cautious about carrying a low power 6.35mm (.25 ACP) pistol as your main self-defense firearm.

This firearm may also have some collector value due to its history.

For an article with very comprehensive information on the history of these pistols, click HERE.