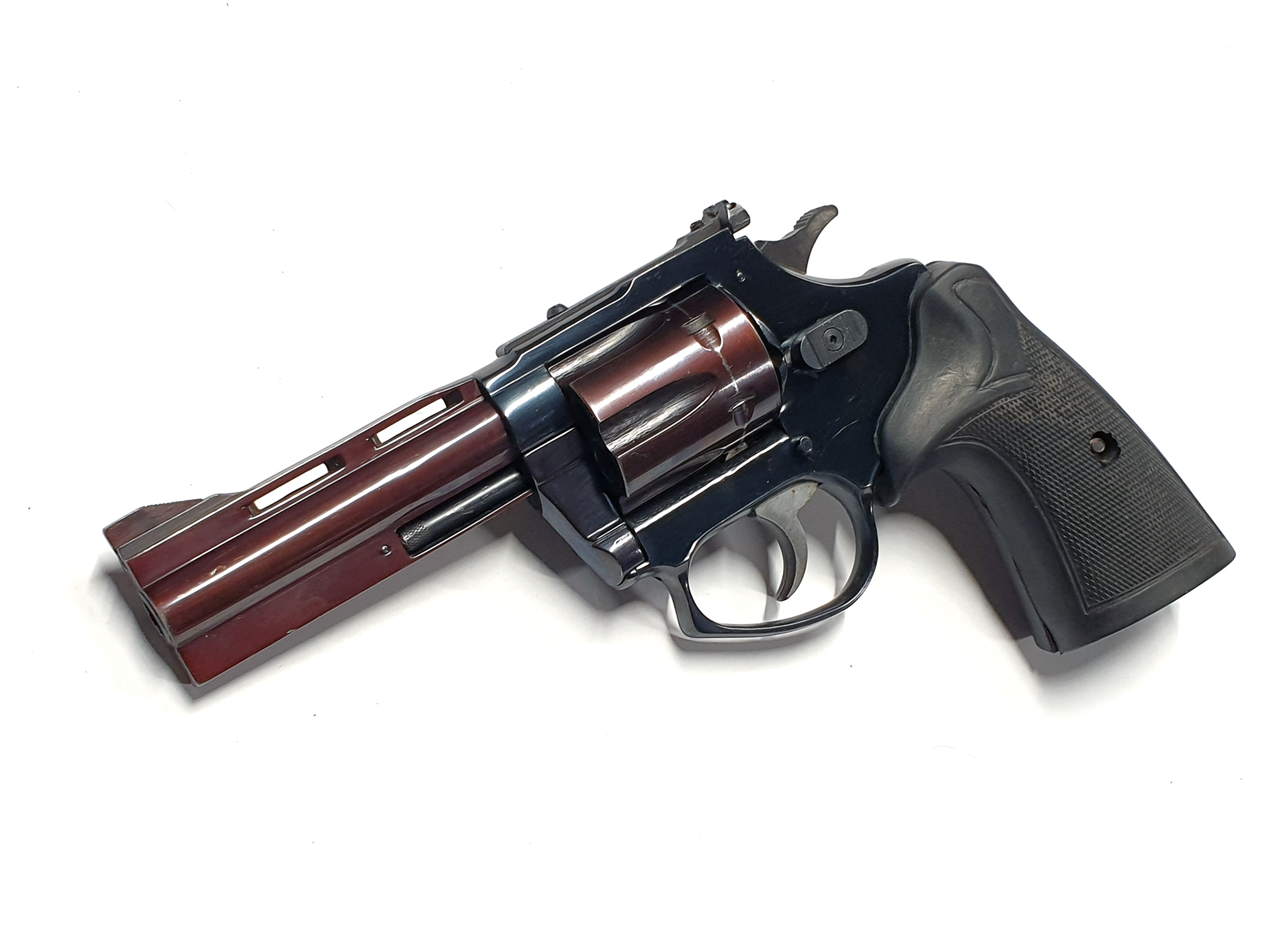 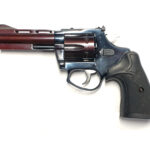 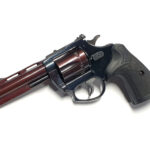 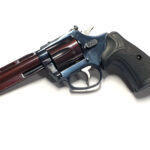 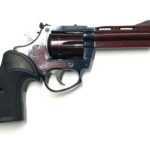 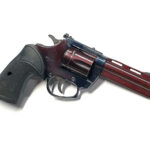 The Lynx or Rooikat was South Africa’s first locally designed and manufactured revolver, produced by International Manufacturing Engineering (IME) in Johannesburg from 1978 till 1989.
When first designing the revolver the following criteria or goals were set:
– Every part down to the smallest screw had to be manufactured in South Africa.
– The revolver had to be available in 3 different barrel lengths, and these barrels had to be replaceable.
– The revolver had to have the ability to fire different ammunition (calibers).
– The sights and trigger and to be adjustable.
– Different grips had to be available.

In the end the designers and manufacturers were successful in meeting these criteria for the Lynx/Rooikat, however very few models with the dual cylinders (.357 Magnum and 9mmP) were ever produced.
Two main revolver models were produced; the first model with interchangeable barrels which came supplied with three barrels and shrouds, and the second, less common model with a fixed barrel.

The interchangeable barrel model has a ventilated barrel shroud with full underlug similar to a Colt Python, while the fixed barrel model resembles an Astra Model 357.

The Lynx/Rooikat is made using EN19 steel, with the barrel, cylinder and a few other smaller parts machined, the frame and side plate machined via CNC, and all other components investment cast.
An interesting feature of the revolvers design is that all the screws are Allen head type to prevent marring of the screw heads.

Unfortunately, IME had ongoing problems with quality control of some of the manufactured components, as well as the assembly of the revolver, which was done and finished by hand, meaning the components were not easily interchangeable.
The quality of the finish on these revolvers also varies greatly from piece to piece.

This gun is in good used condition. It is mechanically sound and functional.
The overall finish is still quite good with just a few small spots of wear around the front of the barrel, and the odd, very small, light scratch in places on the barrel and frame, as well as a fair drag line around the cylinder.
There is also some very light surface rust on the trigger but nothing significant and easily removed.
The original rubber grips are still very good, but just a bit dirty.
The cylinder lockup is excellent and the action is smooth.

This firearm is suitable as a collectors piece due to its limited production run, rarity, and historical significance.

While technically this firearm could be used for self-defense and sport shooting purposes, I would not recommend it due to it collectiblity, especially when there are so many other available options for good quality revolvers in a similar price range.

While this particular revolver does have an excellent action (especially for a Rooikat) and likely shoots very well, spare parts would be fairly hard to source should one use it for extended sport shooting (for occasional sport shooting it would most likely be fine).