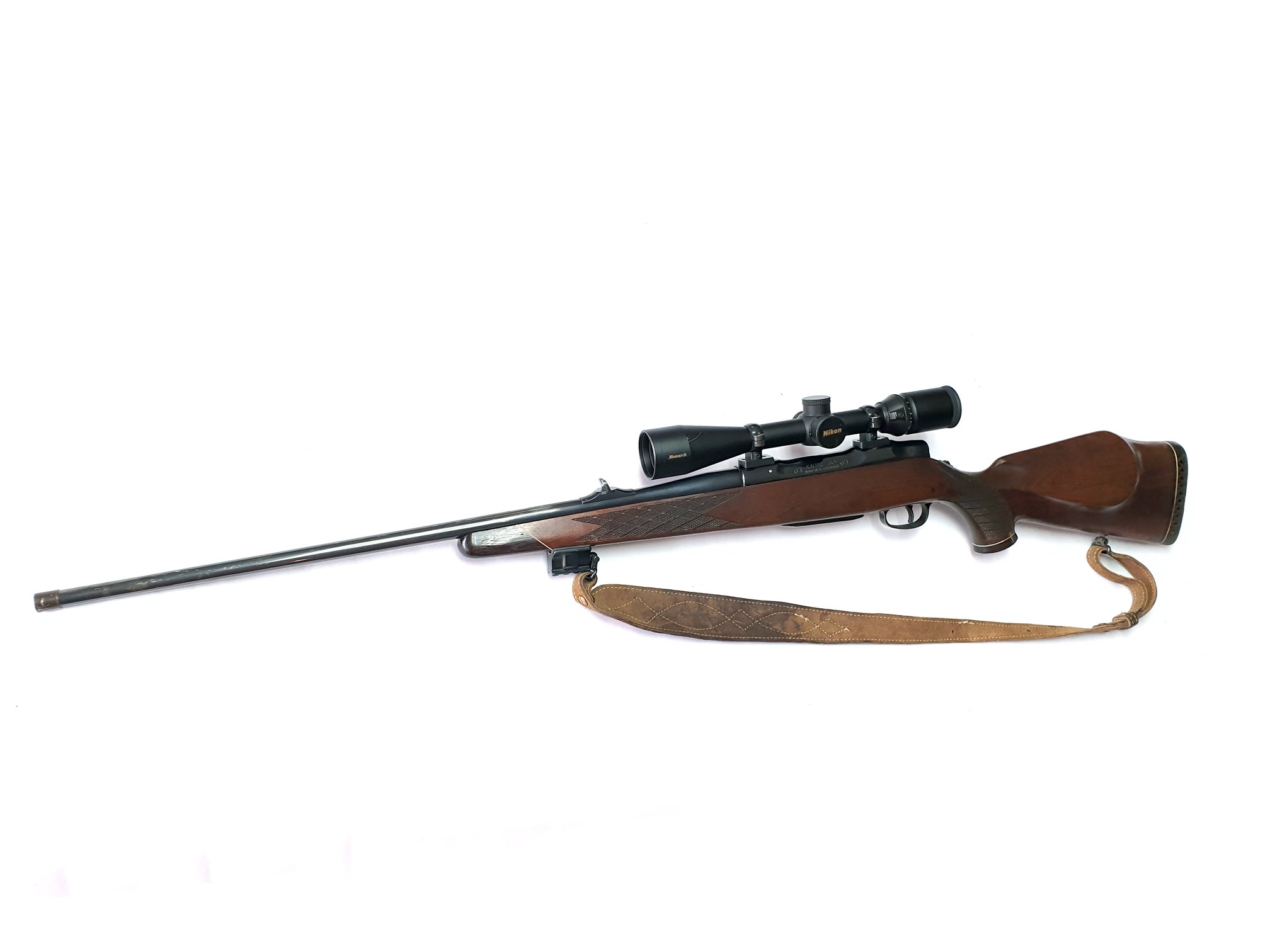 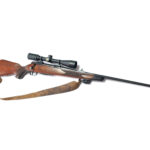 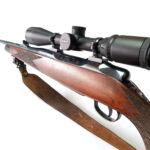 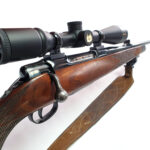 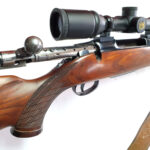 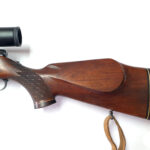 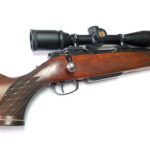 The Sauer 80 was designed in 1970 and introduced to the market in 1972.
It is a bolt-action rifle with a non-rotating bolt and rear-locking rotating lugs, and is known for having a short and smooth bolt travel, but also for being technically complicated.
It is also known for having very good precision and has been used by hunters and sport shooters, and also in a sniper version known as SIG Sauer SSG 2000 by police and defense forces.

The rifle was offered with different types of wooden stocks, and especially the German stocks were known for having a high quality.
The safety is conveniently placed on the tang of the stock.
The trigger has a special construction built on rollers and is known for being complicated and sensitive to dirt, therefore needing regular cleaning to avoid misfires.
The bolt has a lift of 60 degrees, making the rifle easier to operate with a scope sight mounted.
There is a button on the bolt allowing the rifle to be emptied with the safety engaged.

The 7mm Remington Magnum rifle cartridge was introduced in 1962 and was directly derived from the belted Magnum, .375 H&H Magnum.
The original purpose of the belted magnum concept was to provide precise headspace control, since the sloping shoulders, while easing cartridge extraction, were unsuitable for this purpose.

The 7mm Remington Magnum offers ballistics better than the .30-06 Springfield with all available bullet weights.
This is due both to the higher muzzle velocity of the magnum case compared to the Springfield and that .284 diameter bullets tend to have better ballistic coefficients than .308 bullets of comparable mass.
Because of its flat shooting nature and the relatively tolerable recoil, the 7mm Remington Magnum is especially popular for big-game hunting in Canada, the United States, as well as for use on plains game in Africa.
It has also been chambered in sniper rifles for the US Secret Service counter-sniper team.

This gun is in fair to good (much more on the good side), used condition. It is mechanically sound and functional.
There are a fair amount of wear marks and some very light scratches all along the barrel before the front sight.
Behind the front sight the barrel and receiver finish is still in excellent condition with no marks or wear.
There is some light wear to the underside of the magazine plate, as well as the end of cocking handle and along the edges of the trigger guard.
The wooden stock is still good with very sharp checkering and just the odd, small, light dent and scratch in places, however the recoil pad is a little old and stiff.
There is an underside picatinny mount fitted to the front of the forend.
The action is as smooth as glass.
It has a 24″ threaded barrel with barrel nut.
It is fitted with a Nikon Monarch 4-16×42 scope in very good condition, except for one, very light scratch.
Includes a leather sling.

This firearm is suitable for medium to large game hunting, and long range shooting.