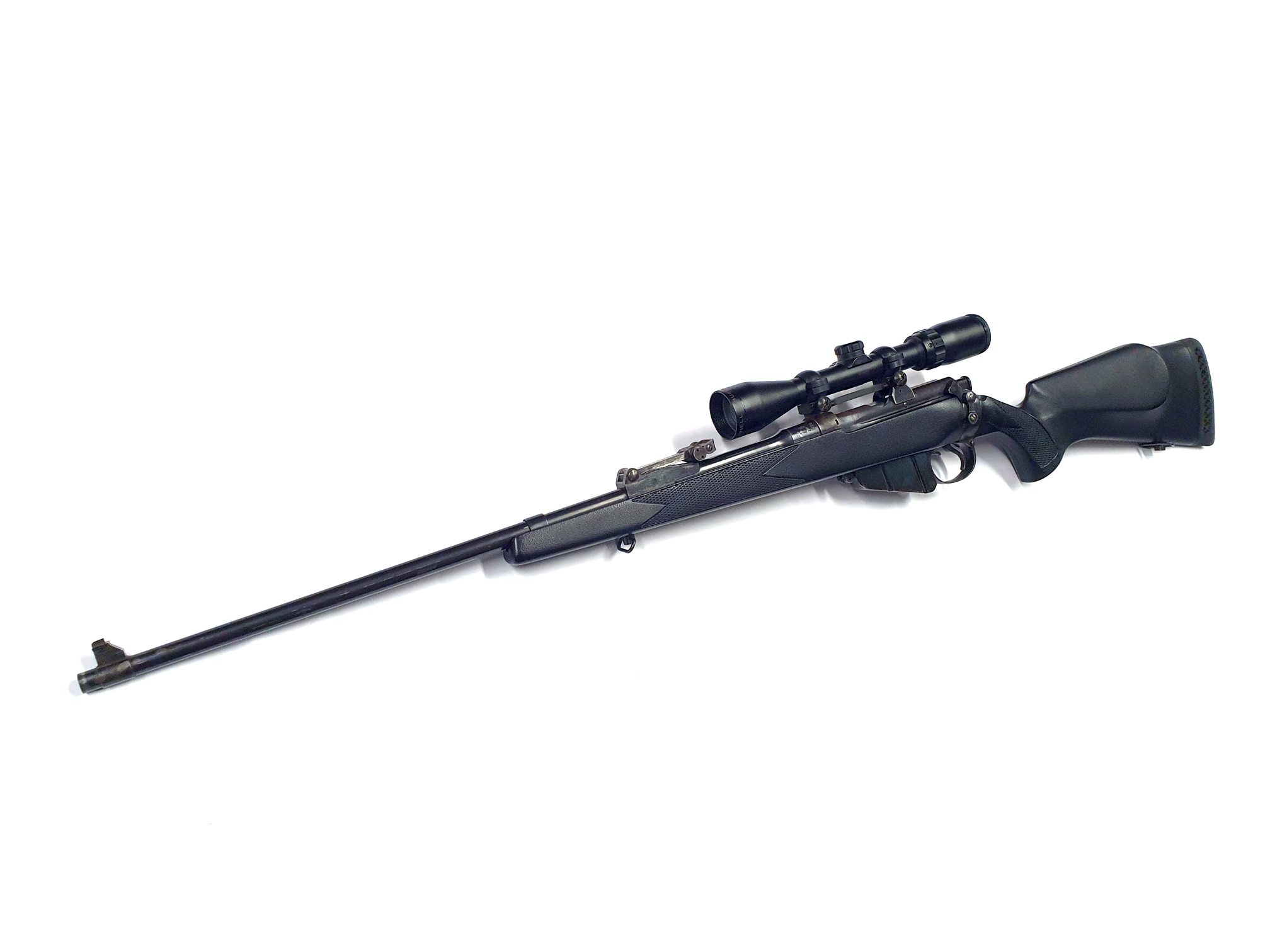 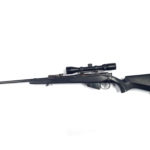 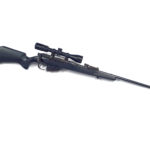 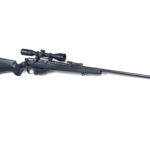 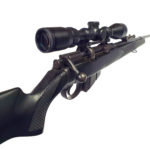 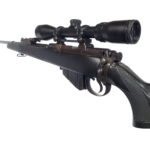 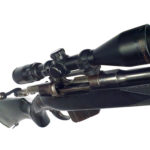 This rifle is in fair to good, used condition. It is mechanically sound and functional.
There is some light wear and discolouration to the overall finish and all metal parts, but no visible corrosion or damage.
There are also very few extremely light scratches in places, like on trigger guard, but nothing very significant.
The black synthetic stock is still in excellent condition with no scratches or marks.
It is fitted with a Bushnell Banner 3-9x40mm scope, which is still in very good condition.