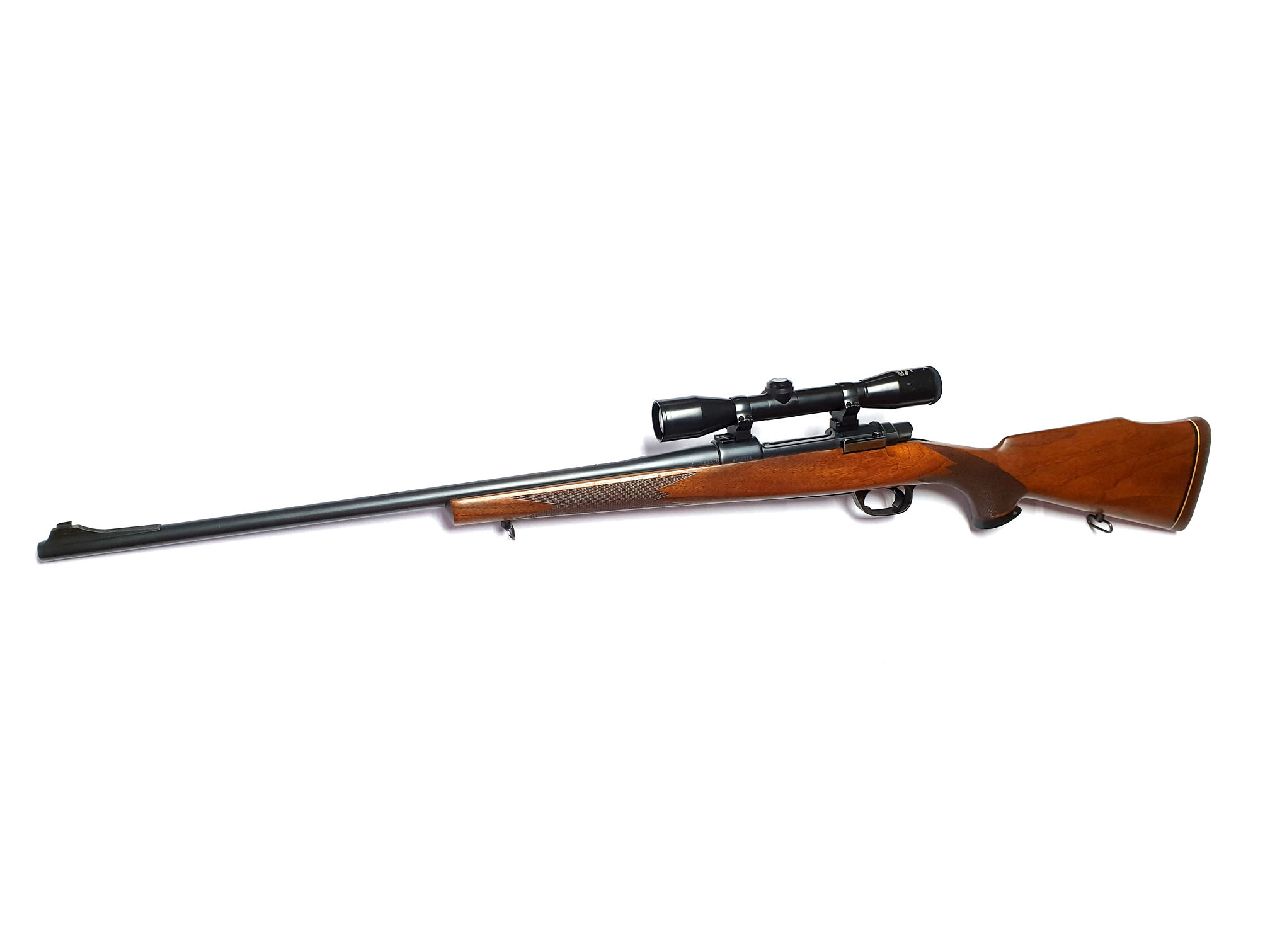 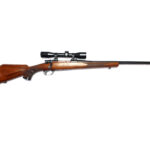 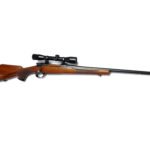 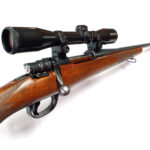 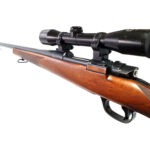 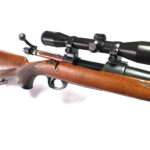 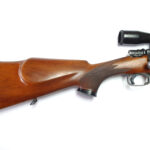 The Vrystaat Mk III and Mk IV series rifles were bolt-action hunting rifles produced by Musgrave in South Africa from 1975 to 1979.
During this period, as the country was involved with the South African Border War, Lyttelton Engineering Works could not supply Musgrave with actions and barrels due to its commitments to fulfill government orders.

Musgrave therefore negotiated with the Santa Barbara factory in Spain to supply them with barrelled actions and triggers, which were then assembled into the Vrystaat models.
These actions were based on the FN commercial action and incorporated a sliding thumb safety and an adjustable trigger.
Note: This type of safety only blocks the movement of the trigger, and not the firing pin.

From the design of the stock and the larger grip cap, this particular rifle appears to be a Mk IV, except that the recoil pad is solid and not ventilated (meaning that it was possibly replaced at some point).
N.B. Also, this rifle is fitted with a left-handed stock, but has a right-handed action.

The .30-06 remained the U.S. Army’s primary rifle and machine gun cartridge for nearly 50 years before being replaced by the 7.62×51mm NATO (commercial .308 Winchester) and 5.56×45mm NATO (commercial .223 Remington), both of which remain in current U.S. and NATO service.
It remains a very popular sporting round, with ammunition produced by all major manufacturers.

This gun is in very good, used condition. It is mechanically sound and functional.
There is some extremely light, uniform wear to the barrel and receiver’s overall finish (and also the magazine base plate), but nothing very significant with no distinct wear marks.
There is also some very light wear to the bolt handle and the edges of the trigger guard.
The Monte Carlo style walnut stock is still very good with only the odd, extremely light ding/scratch in places which are barely noticeable.
Note: Unusually, the stock of the rifle is for a left-handed shooter, while the action is right-handed.
The recoil pad is still good.
It is fitted with Schmidt & Bender 4 X 35 Biebertal Wetzlar scope.
The bolt action is very smooth, and the trigger crisp.
The trigger is fitted with an extended/larger finger pad.
It has a 23″ barrel.