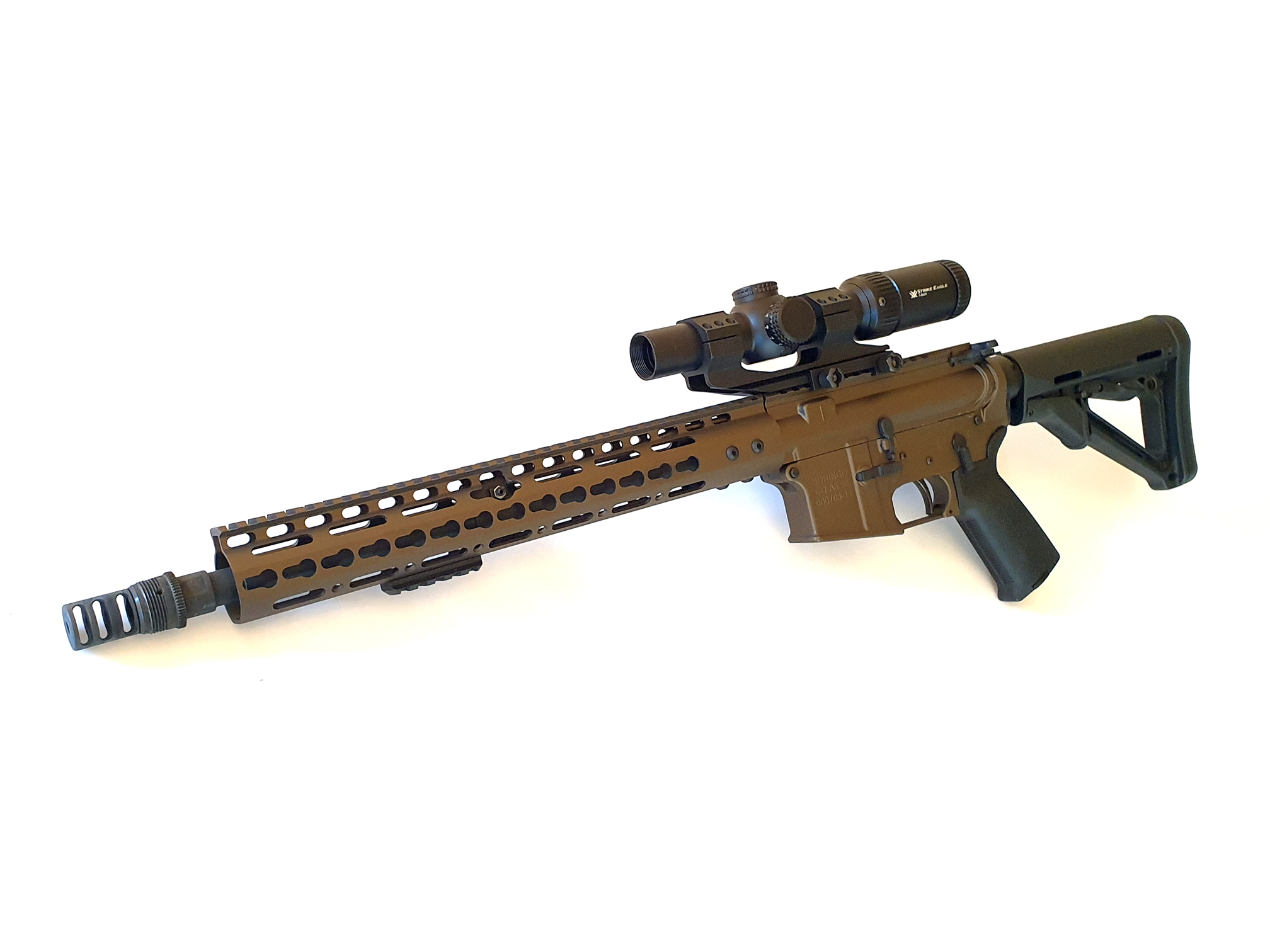 The Norinco CQ-A (also known as the CQ 5.56 Type A) is an unlicensed variant or clone of the American M4A1 assault carbine, produced by the Chinese manufacturer Norinco and launched in 2006.
Norinco is a Chinese, state-owned defense corporation that manufactures a diverse range of civil and military products, and is one of the world’s largest defense contractors.
It has been producing AR-15 and M-16 style rifles of different variants known as Type CQs since the early 1980s.

The original ArmaLite AR-15, a semi-automatic, gas-operated (direct gas impingement), air-cooled, magazine-fed rifle chambered in 5.56mm, was designed in 1956.
In 1959 ArmaLite sold the patent and trademarks to Colt’s Manufacturing Company who slightly redesigned it and marketed it as the Colt AR-15, and later also developed the M-16 select-fire version for military use.
In the 1980s, the M4 Carbine was developed as a shortened and lighter version of the M16A2 with 80% parts commonality, and has become the main assault rifle used by the United States Armed Forces, as well as over 60 countries world-wide.

After most of Colt’s patents for the Colt AR-15 expired in 1977, many firearm manufacturers began to produce copies of the Colt AR-15 under various names.
Despite the patents expiring, Colt retained the trademark of the AR-15 and is the sole manufacturer able to label their firearms as ‘AR-15’.

The standard Norinco CQ-A features a telescoping stock, a removable carrying handle/iron sight mounted on a Picatinny rail, and a 14.5″ barrel with a 1:9 rifling twist.
All standard, mil-spec AR-15/M4 parts and accessories are compatible with the Norinco CQ-A.
The select-fire version of the C-QA is the only Type CQ variant known to be in official use with a regular Armed force, having been purchased in significant quantities by the Joint Quick Deployment Detachment of the Paraguayan Army.

This rifle is in excellent, used condition. It is mechanically sound and functional.
It has had less than 1000 rounds fired through it.
The Cerakoted finish is still excellent with only a few, very small, extremely light patches of wear in places, which are basically insignificant.
The Magpul stock and pistol grip are still in perfect condition.
It is fitted with a Vortex Strike Eagle 1-8×24 scope, an ASE SL5 muzzle break (suppressor included), Timney trigger, low-profile adjustable gas-block, and key-mod full-length front rail.
It includes 4 x 30 round metal magazines.

This firearm is particularly suitable for use in the following sports:

This rifle is also technically suitable for armed security work, but is really setup for competitive sport shooting.