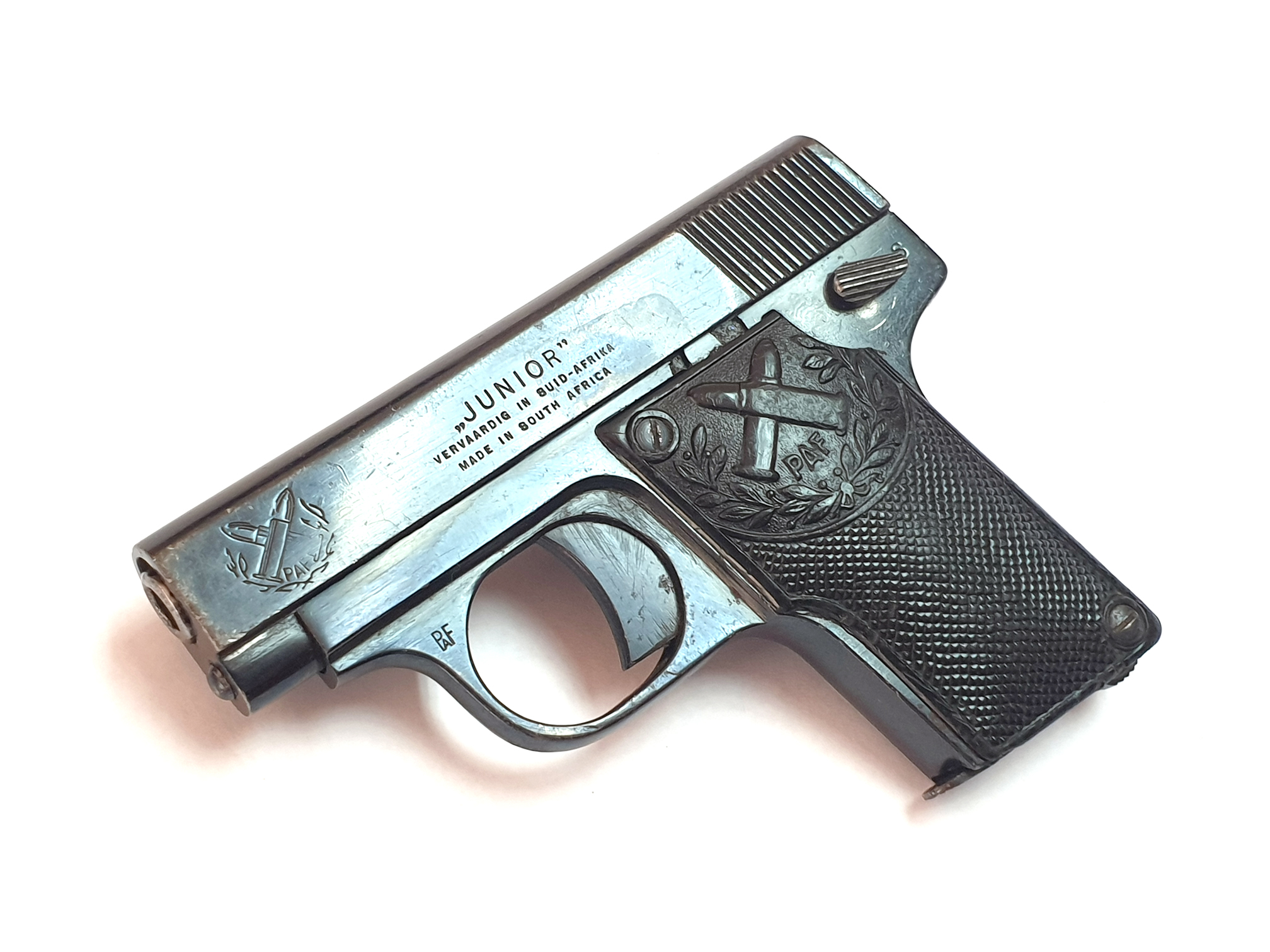 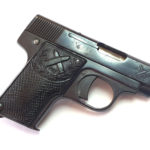 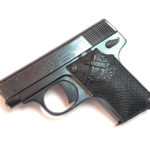 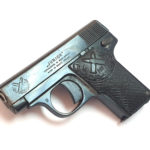 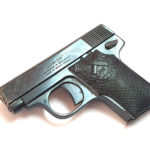 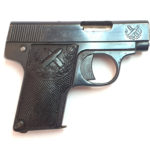 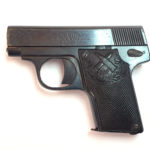 The PAF Junior is a single-action, direct blowback, pocket pistol chambered 6.35mm (.25 ACP), manufactured by the Pretoria Arms Factory from 1954 to 1957.
The Pretoria Arms Factory was founded by Piet Nagel and Jan Willem Dekker, both Dutch immigrants to South Africa after World War II.
The PAF Junior was the first commercial semi-automatic pistol ever produced in South Africa.
The design was based on that of the FN Browning 1906 or Colt Model 1908 vest pocket pistol, and was very similar in appearance and operation.

The first 500 pistols produced unfortunately had a design defect where there was very little material on the frame in front of the barrel locking lug. This meant that after time the frame would eventually shear off during battery run up, which wold then send the barrel and slide down range when fired.
The problem was fairly quickly identified and the design fixed, however this issue greatly damaged the company’s reputation.

After PAF went out of business, the Johannesburg based Bristol Firearm Company purchased the manufacturing equipment and remaining stock, and continued to produce the pistol for a short period, except without the PAF logo, and including BFR embossed grips.

It is estimated that around 10,000 PAF Junior pistols were produced in total, but that only less than 1,000 exist today, and only about 200 BFR pistols were ever produced.

This gun is in fair, used condition. It is mechanically sound and functional.
This is a later model Junior, produced after the initial 500 defective units.
There is some wear to the original finish on the front of the slide, as well as on the edges of various parts of the slide, frame and controls.
There are also some very light scratches and patches of light surface rust over various parts of the finish.
The original plastics grips have some light scratches, and a small portion of the corner of the left grip panels has broken off.

This firearm may have some collector value for collectors of South African firearms or pocket pistols, due to its historical significance of being the first commercially produced semi-automatic pistol in South Africa.