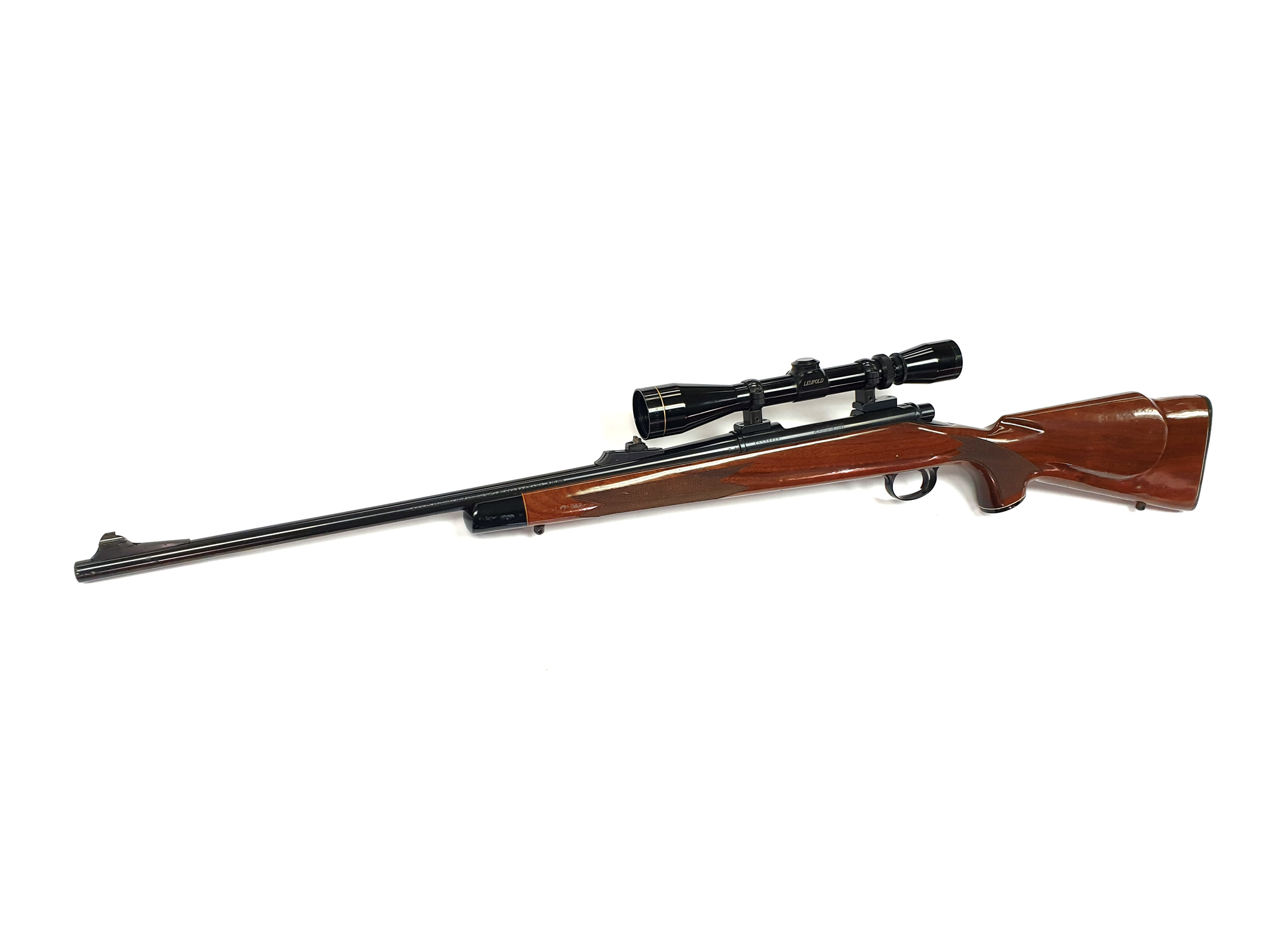 The Remington Model 700 is a series of bolt-action, center-fire rifles manufactured by Remington Arms since 1962.
The Model 700 is available in many different stock, barrel and caliber configurations, with many third-party and aftermarket variants in the market built on the same action footprint.

It is a manually operated bolt action with two forward dual-opposed lugs.
The bolt face is recessed, fully enclosing the base of the cartridge. The extractor is a C-clip sitting within the bolt face. The ejector is a plunger on the bolt face actuated by a coil spring.
The bolt is of 3-piece construction, brazed together (head, body and bolt handle). The receiver is milled from round cross-section steel.
The Remington 700 series rifles often come with a 3-, 4- or 5-round internal magazine depending on the caliber chambered, some of which have a hinged floor-plate for quick unloading, and some of which are “blind” (with no floor-plate).
The rifle can also be ordered with a detachable box magazine.

The M24 and M40 military sniper rifles, used by the US Army and USMC, respectively, are both based on the Model 700 design.

The .270 Winchester is a rifle cartridge developed by Winchester Repeating Arms Company in 1923.
The cartridge is a necked-down .30-03 Government, and is the same length as the .280 Remington, both of which are longer than the .30-06 Springfield.
It drives an 8.4 grams (130 gr) bullet at approximately 960 m/s (3,140 ft/s), later reduced to 930 m/s (3,060 ft/s).
The cartridge demonstrated high performance at the time of its introduction and was marketed as being suitable for big game shooting in the 270 to 460 metres (300 to 500 yd) range, when that was considered long range hunting.
With modern bullets and optics, it is easily a 1000 yard cartridge.

This gun is in good to very good used condition. It is mechanically sound and functional.
The finish on the barrel and receiver is excellent, except for a few, small scratches and a few small spots of surface rust around the muzzle, but the crown is fine and rifling looks good.
The bolt is clean with some very light wear, and the action is very smooth with a trigger that is not what I would consider very light, but crisp.
The polished wooden stock is OK/good, but it has some light dings, dents and scuff marks in places.
It has adjustable iron sights and is also fitted with a Leupold 3X9 VARI-X IIc scope.

This firearm is suitable for small to medium game hunting as well as varmint hunting.

It is also suitable as for precision rifle sport shooting.