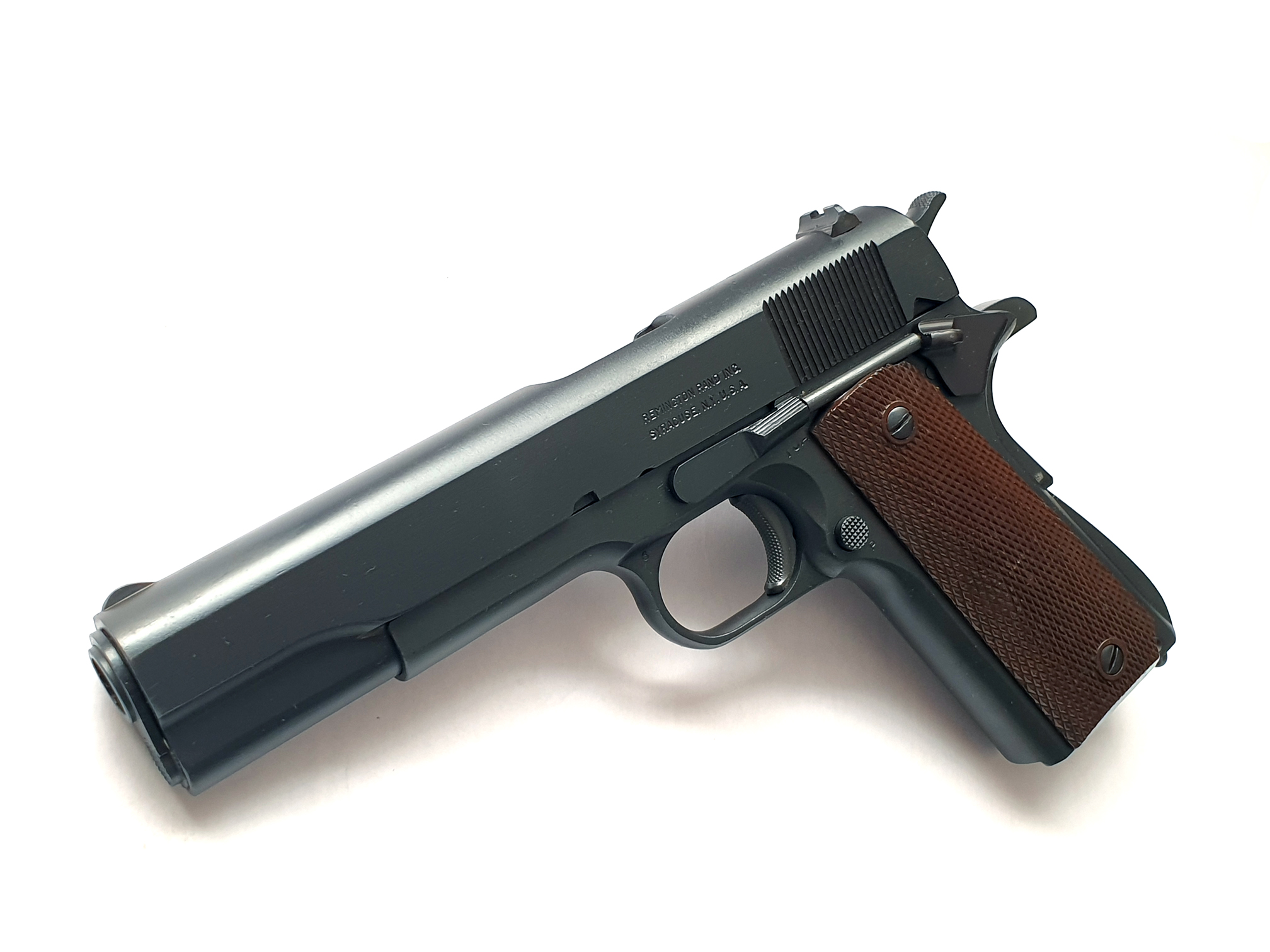 An iconic firearm, the 1911 has been copied and produced by many different manufacturers around the world and is still in production today in countless variants and configurations.
Remington Rand was one manufacturer of the M1911A1, and produced more 1911 pistols than any other wartime manufacturer.
It is widely popular with civilian shooters for self-defense and competitive sports shooting, particularly USPSA, IDPA and IPSC.

This gun is in like new, used condition. It is mechanically sound and functional.
This pistol has been refinished but is otherwise in its original configuration, and the overall condition is still perfect and the finish is very true to the original colour.
The original plastic grips are still excellent.
The action is still extremely tight and feels like the pistol has barely ever been used.
It comes with 2 x 7 round magazines.

This firearm is suitable for home self defense, but is slightly large for every day carry (since it is a duty-sized pistol), unless for a large-framed person.

It may also have some collectors value to anyone with a ‘Military Issue Firearms’ collectors theme.