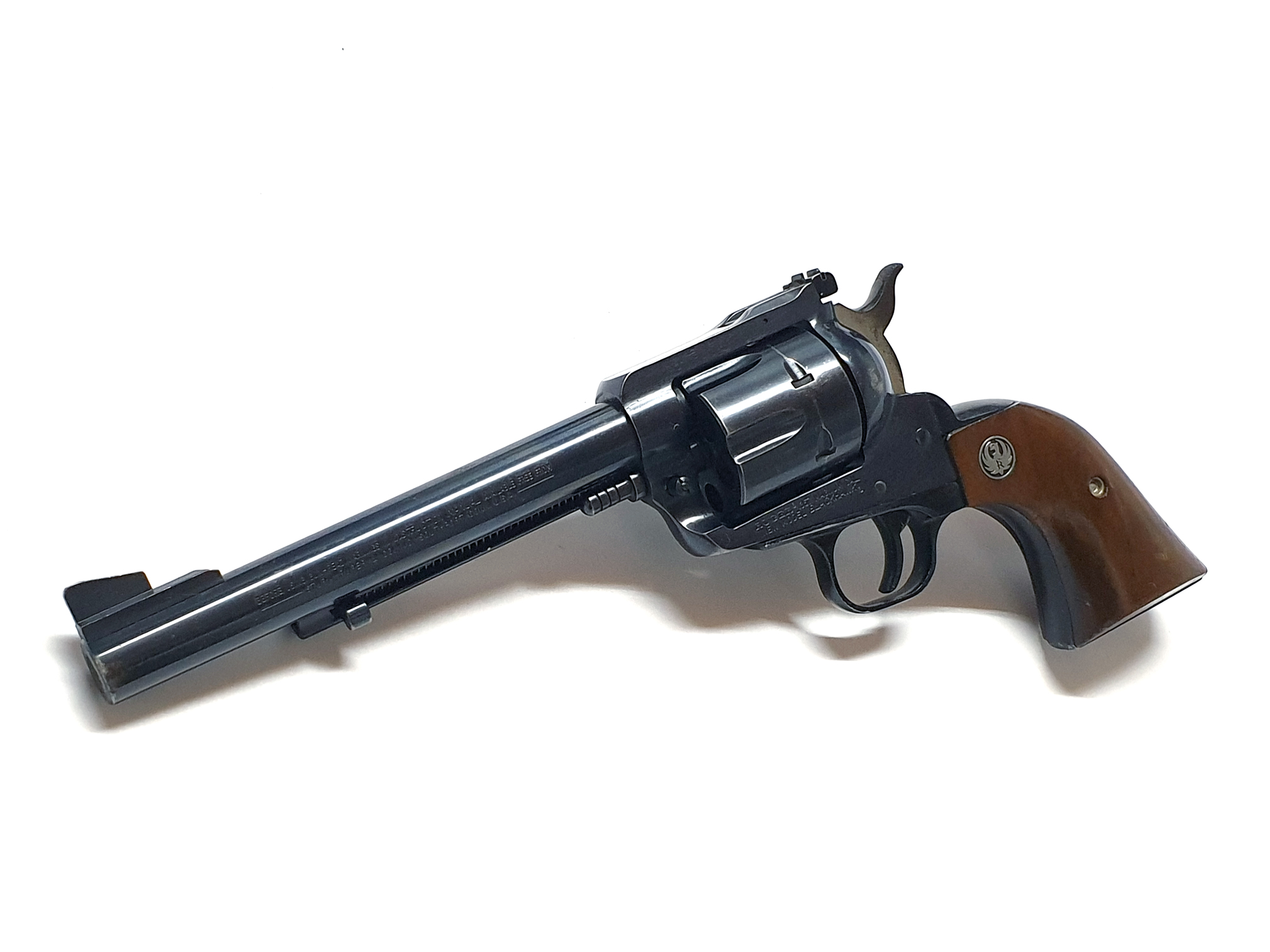 The Ruger Blackhawk is a single-action, 6-shot revolver, available chambered in various different calibers with different barrel lengths and finishes, made by Sturm, Ruger & Co. in the United States.
First produced and launched in 1955, it was modeled after the famous Colt 1873 Single Action Army (discontinued by Colt at that time, just prior to WWII) to meet market demand for cowboy-style revolvers.
The first Blackhawks, chambered in .357 Magnum and later also in .44 Magnum achieved wide popularity and sold very well.

The early models of the Blackhawk operated the same way as the original Colt SAA, in that the hammer was half-cocked to load and unload, and that the firearm was not safe to carry with all six chambers loaded due to the hammer resting upon the sixth chamber.
In 1973, in order to eliminate accidents occurring from the hammer jarring against a round loaded in the sixth chamber, Ruger introduced the New Model Blackhawk.

The New Model Blackhawk does not require the hammer to be half-cocked for loading and unloading, and it employs a transfer bar mechanism which prevents the cartridge under the hammer from being fired without the trigger being pulled.

This gun is in good, used condition. It is mechanically sound and functional.
The overall finish is very good with some very light wear around the muzzle, and some extremely light wear along edges of the top strap, the front of frame, and the edges of the trigger guard.
There is a very light drag line along the cylinder, and one, very small wear mark on the rear, left side of frame.
The original wooden grips are still good with only the odd, light scratch in places.
The barrel length is 6″.

This firearm is technically suitable for home self defense, but is best suited for hunting or target shooting.