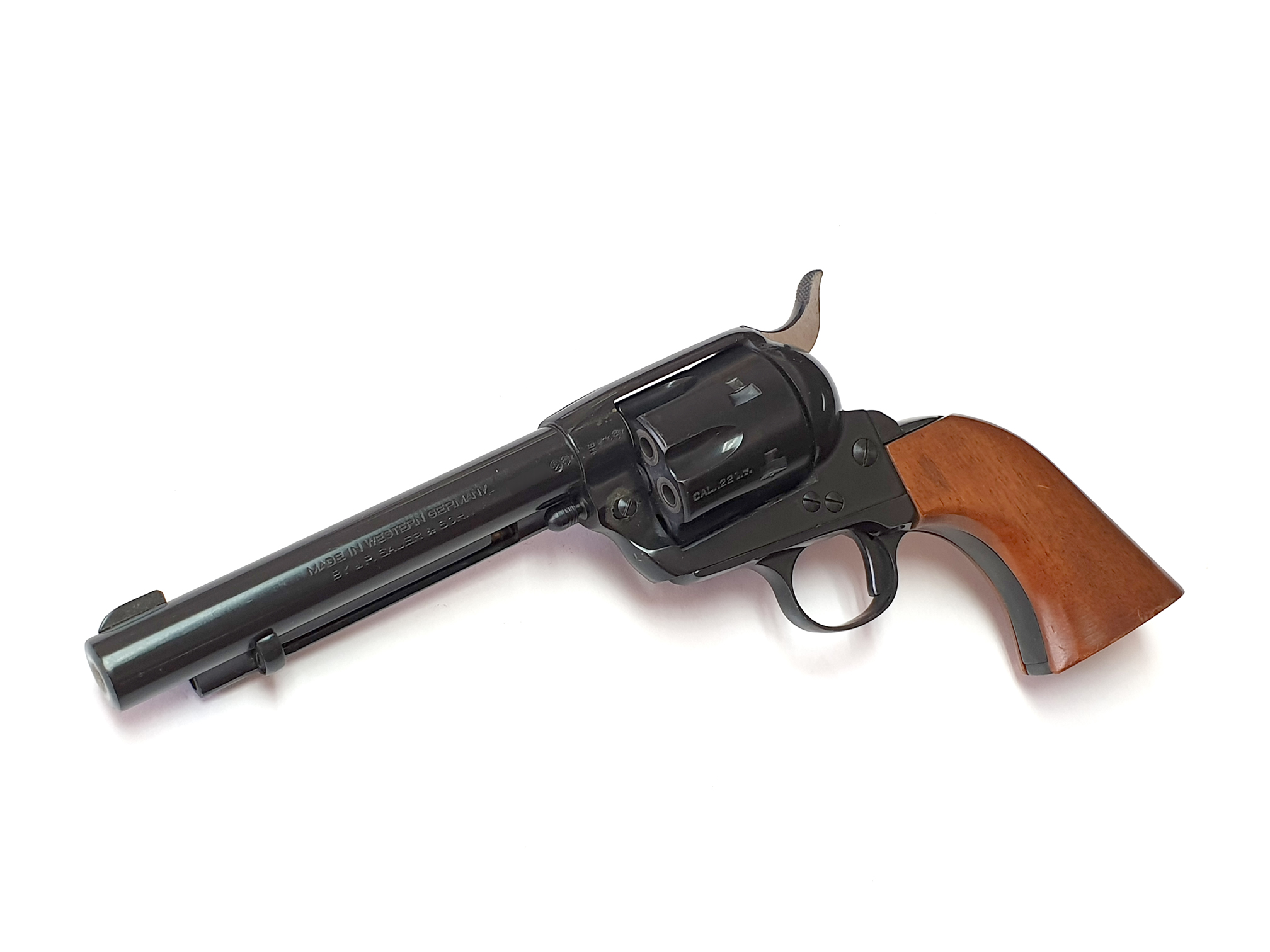 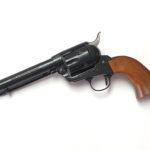 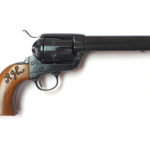 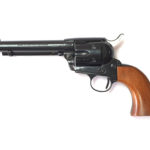 They have also manufactured Single Action Army revolver replicas between the 1960s and 1970s in various calibers and models like the Western Marshal and Western Six-Shooter.

This gun is in very good used condition. It is mechanically sound and functional.
The original black finish is still very good all over, and the lock-up is still tight.
The initials of a previous owner have been fairly crudely carved into one of the wooden grip panel, but aside from this they are in good condition.

This is a great, fun gun for simple target shooting and plinking at the range, and is also an excellent tool for teaching handgun shooting and fundamentals of basic marksmanship to young or beginner shooters.