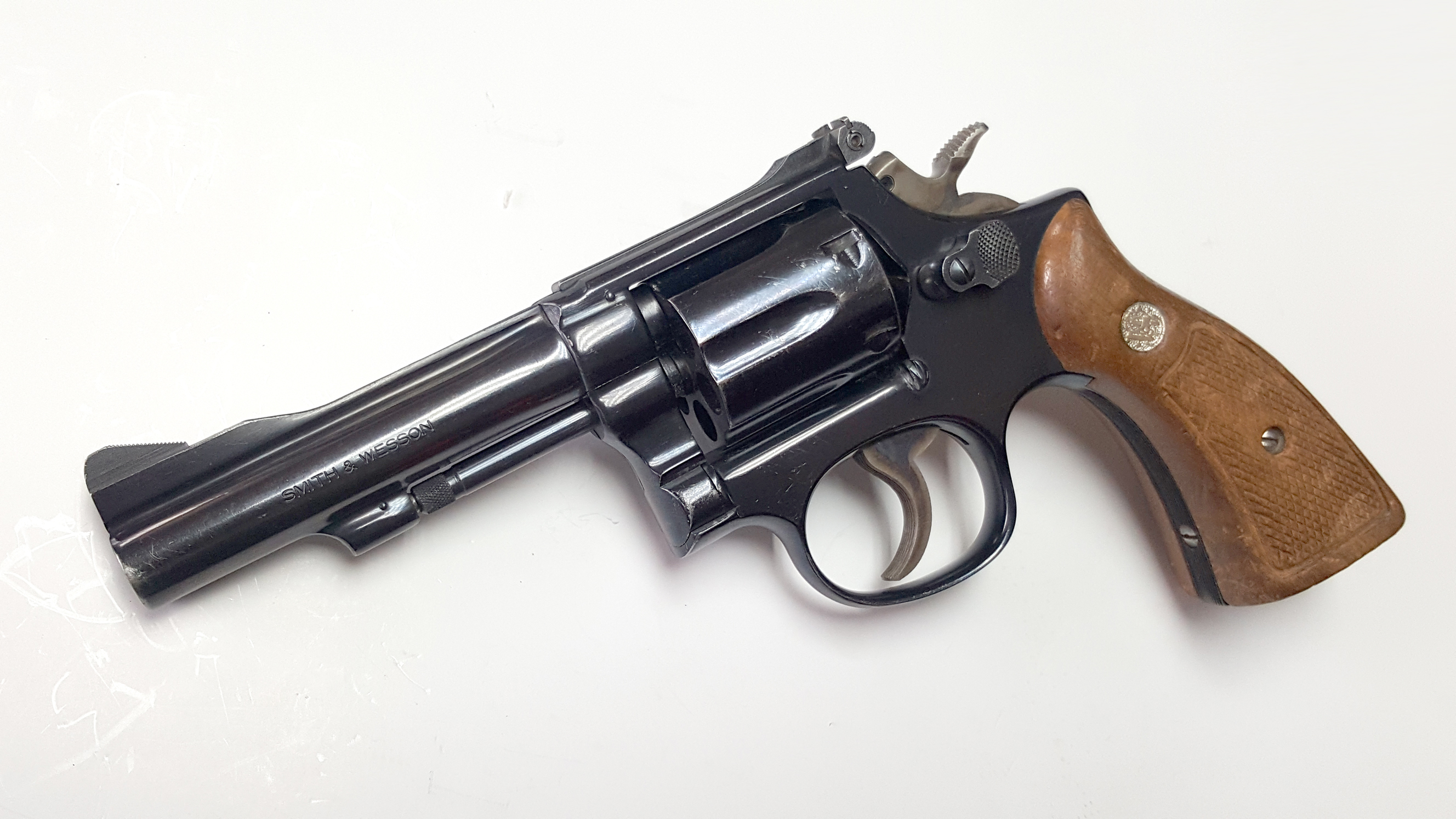 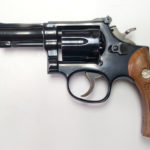 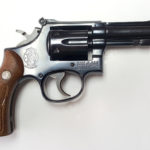 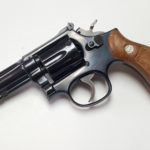 The Smith & Wesson  Model 15 is a six-shot, double-action revolver chambered in .38 Special, with adjustable open sights, built on the medium-size “K” frame.
It is essentially an adjustable-sight version of the successful Smith & Wesson Model 10 (M&P) revolver with target shooting features.

The Model 15 was a popular sidearm for law enforcement and was the standard issue sidearm of the U.S. Air Force Police from 1962 until 1992 when it was replaced by the Beretta M9 pistol.
In addition to military use, the Model 15 was issued by many police departments across the United States as well as various federal law enforcement agencies.

This gun is in fair used condition. It is mechanically good and functional.
The blued finish has light scratches on the barrel, frame and cylinder.
The original wooden grips are also lightly scratched.
Despite this the gun does not seem to have been fired very often.

This firearm is suitable for home self defense.
Even though this revolver has a relatively small frame and thin grip, it may still be a little heavy for every-day carry, unless for a large-framed person.

After all this revolver was a duty firearm designed for holster carry.