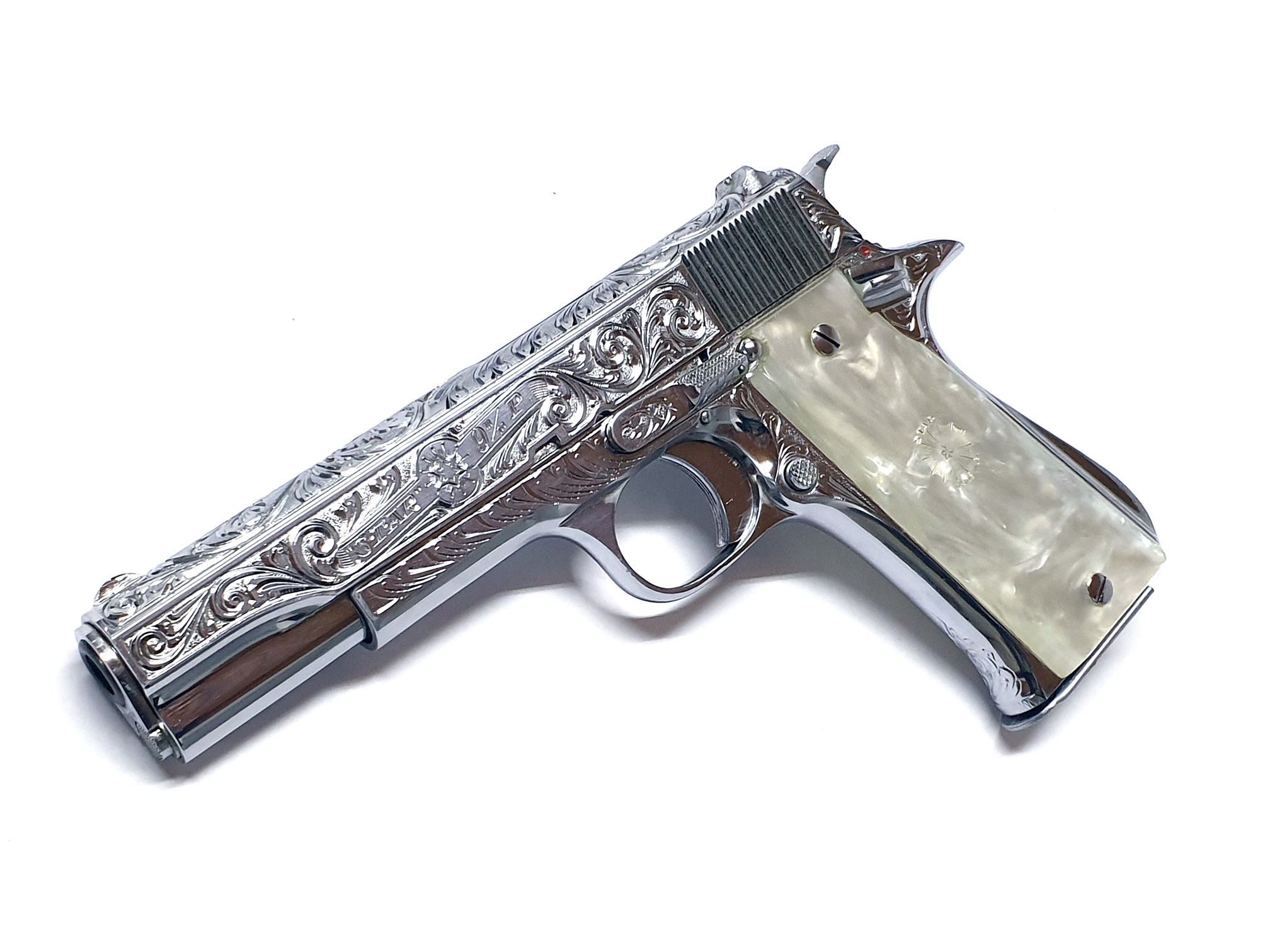 The first Model B pistols were produced in the 1920s and were highly exported and used in WWII, particularly in Germany.
The improved Model B Super was produced from 1946 – 1983 and remained in service with the Spanish military until the early 1990s.
They were also used by members of the South African Defense Force during the 1970s and 1980s.

This gun is in excellent, used condition. It is mechanically sound and functional.
The overall, ornate factory engraved finish is very good to excellent, with only a few very small spots of very light surface rust in places, which can be easily cleaned.
The faux mother-of-pearl, Star branded grips are still perfect.
It has an extremely tight action and has likely not been fired very much.
It comes in its original, plastic box.

This firearm is suitable for home self defense, but is slightly large for every day carry (since it is a duty-sized pistol), unless for a large-framed person.