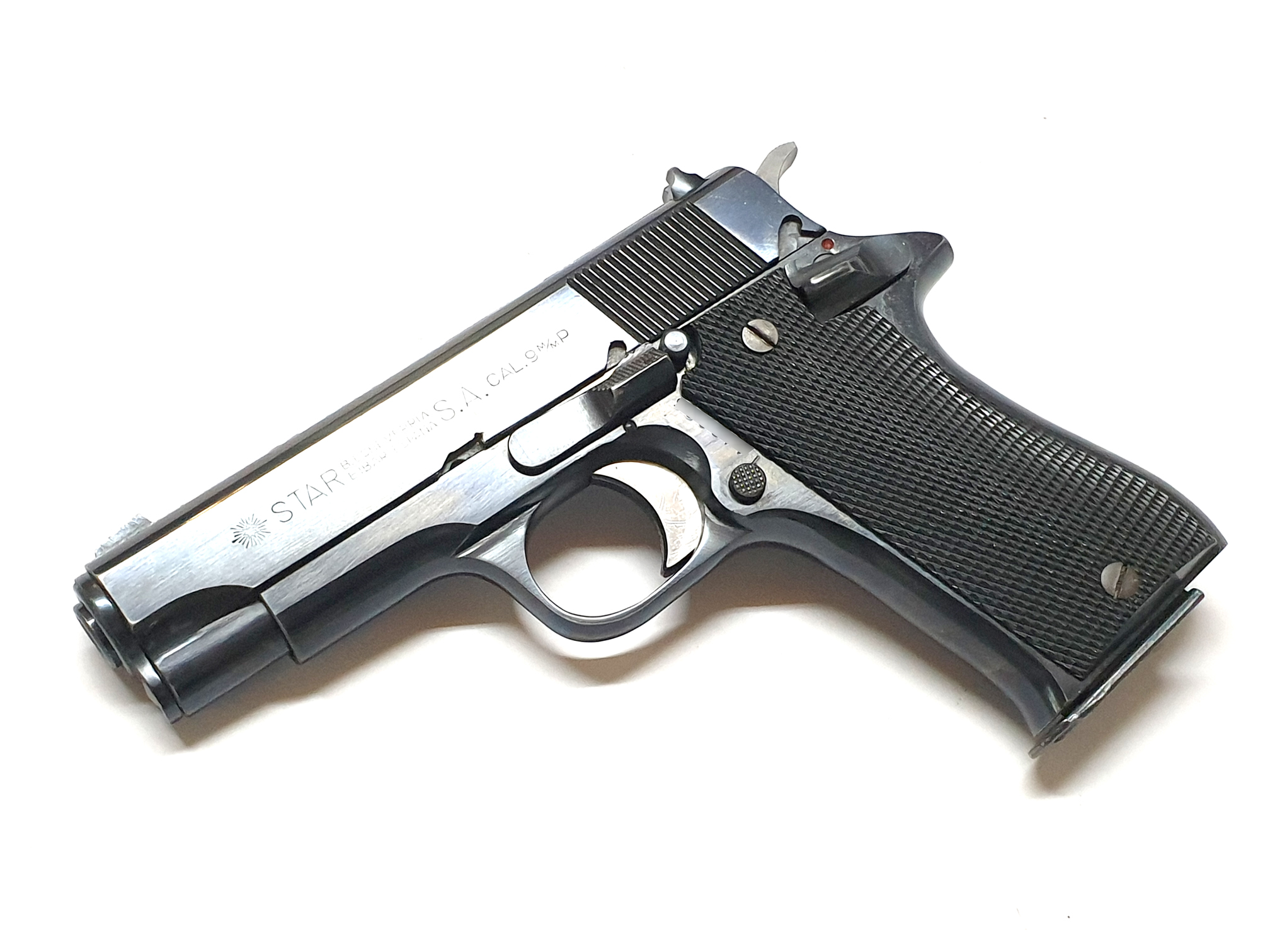 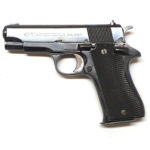 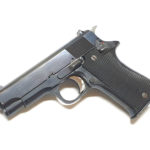 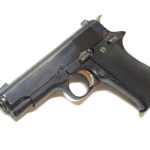 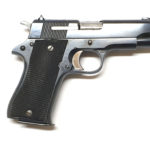 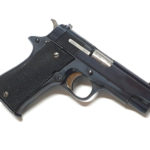 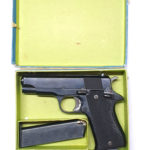 The first Model B pistols were produced in the 1920s and were highly exported and used in WWII, particularly in Germany.
They were also used by members of the South African Defense Force during the 1970s and 1980s.

This gun is in excellent used condition. It is mechanically good and functional.
The overall, original finish is almost perfect.
There is only some extremely light wear around the front edge of slide and trigger guard, but this is virtually insignificant.
There is also some extremely light (really almost unnoticeable) wear on front of the grip and back strap.
The original grips are excellent except for one, tiny crack in one panel.
The action is still extremely tight and this pistol seems to have barely ever been fired.
It comes in its original cardboard box.
Includes 2 x 8 round magazines.

This firearm is suitable for home self defense and every day concealed carry.