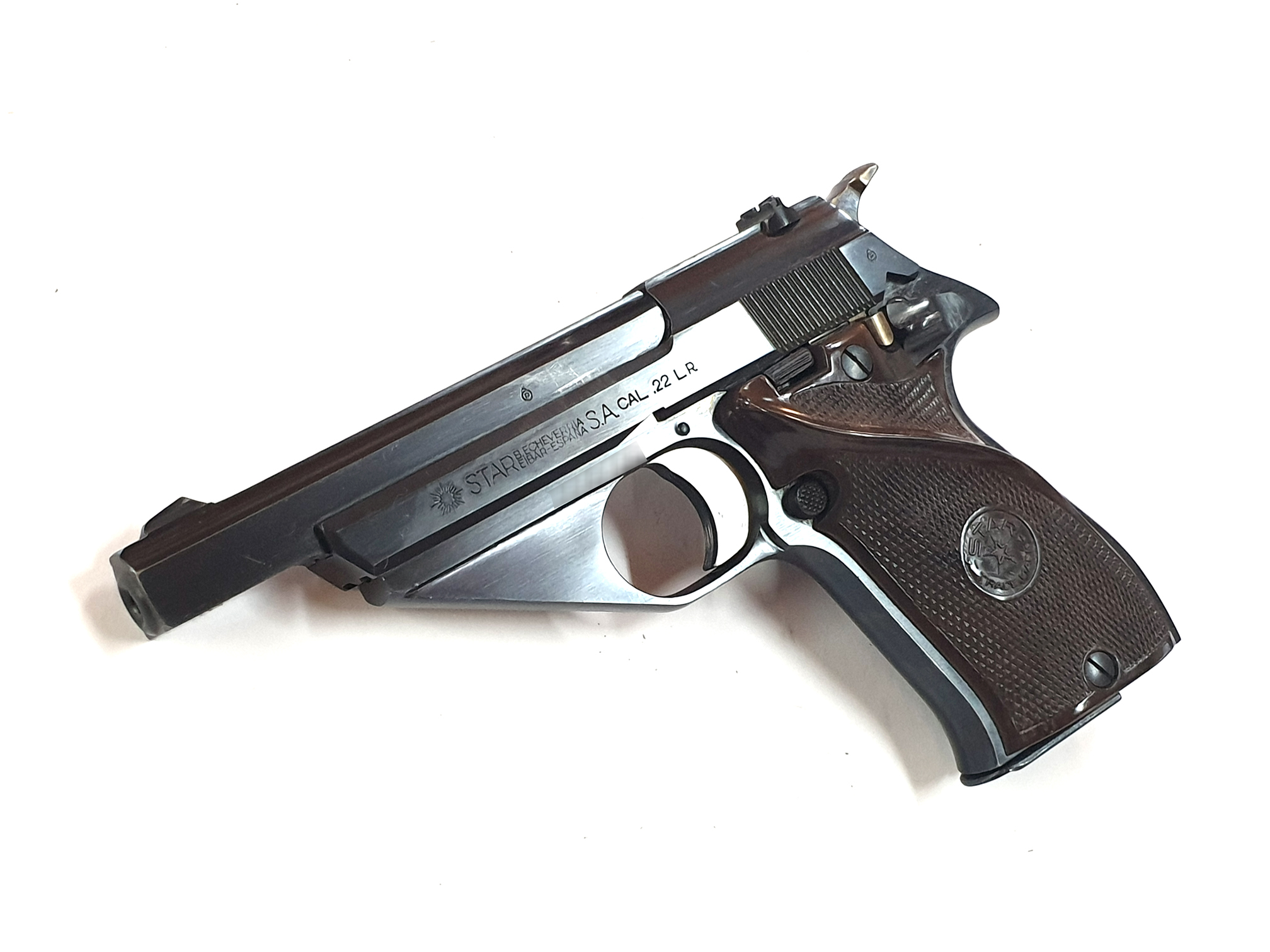 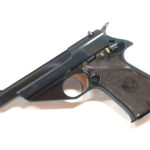 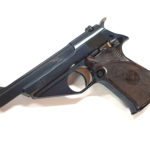 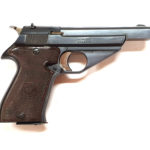 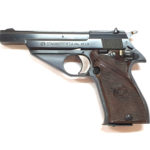 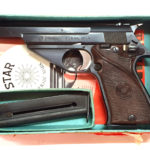 The Star Model F series is the .22 LR caliber, general purpose target pistol variant of the classic, Spanish manufactured Star pocket pistols.
The first model in this line was introduced in 1932, with the fourth and last variation of the Model F launched in 1967, with the end of production in 1983.

All these pistols are generally similar in arrangement and scale, with a fixed barrel, straight blowback operation, and single-action lockwork.
All have a thumb-operated safety just behind the trigger on the left side of the frame, and the takedown button is to the rear of this, in a notch in the top of the grip panels.

The model F was itself made in a number of variants, most of which are configured for target purposes, with precision sights and larger barrels.
Over the years there have been four series, and in each series three basic versions of were made, each differing mostly in barrel length; a 4″ sold simply as the model F, a 6″ version called the F Sport and a 7″ version called the F Target.

In the Fourth series revision of the Model F, launched in 1967, the Model FM was also introduced to the line.
These had the same improvements and revisions as the other Fourth series versions (and were also available in different barrel lengths), as well as the addition of a  significant amount of steel in front of the trigger guard.

This particular pistol is Model FM from the fourth series revision, with a 4″ barrel.
It is identifiable as such by the conventional thumb-activated safety lever, the plastic grip panels with contoured thumbrest, the integrated-looking squared barrel, the pronounced, all-steel backstrap, and the large section of steel in front of the trigger guard.

While many would argue that the .22 LR caliber is unsuitable and ineffective for self-defense purposes (and perhaps with good merit and intentions), .22 LR firearms have been used for this purpose before and can certainly still be deadly, but usually only with significant training in marksmanship and shot-placement.

The small size, light weight, reliability, accuracy and magazine capacity of this pistol make it suitable for everyday concealed or pocket carry for self-defense, however I would advise that a pistol like this is only used for this purpose in conjunction with significant training, and if it is not possible to obtain another, suitable pistol in a larger caliber.

The Star Model FM is a great, fun gun for simple target shooting and plinking at the range, and is also an excellent tool for teaching handgun shooting and fundamentals of basic marksmanship to young or beginner shooters.