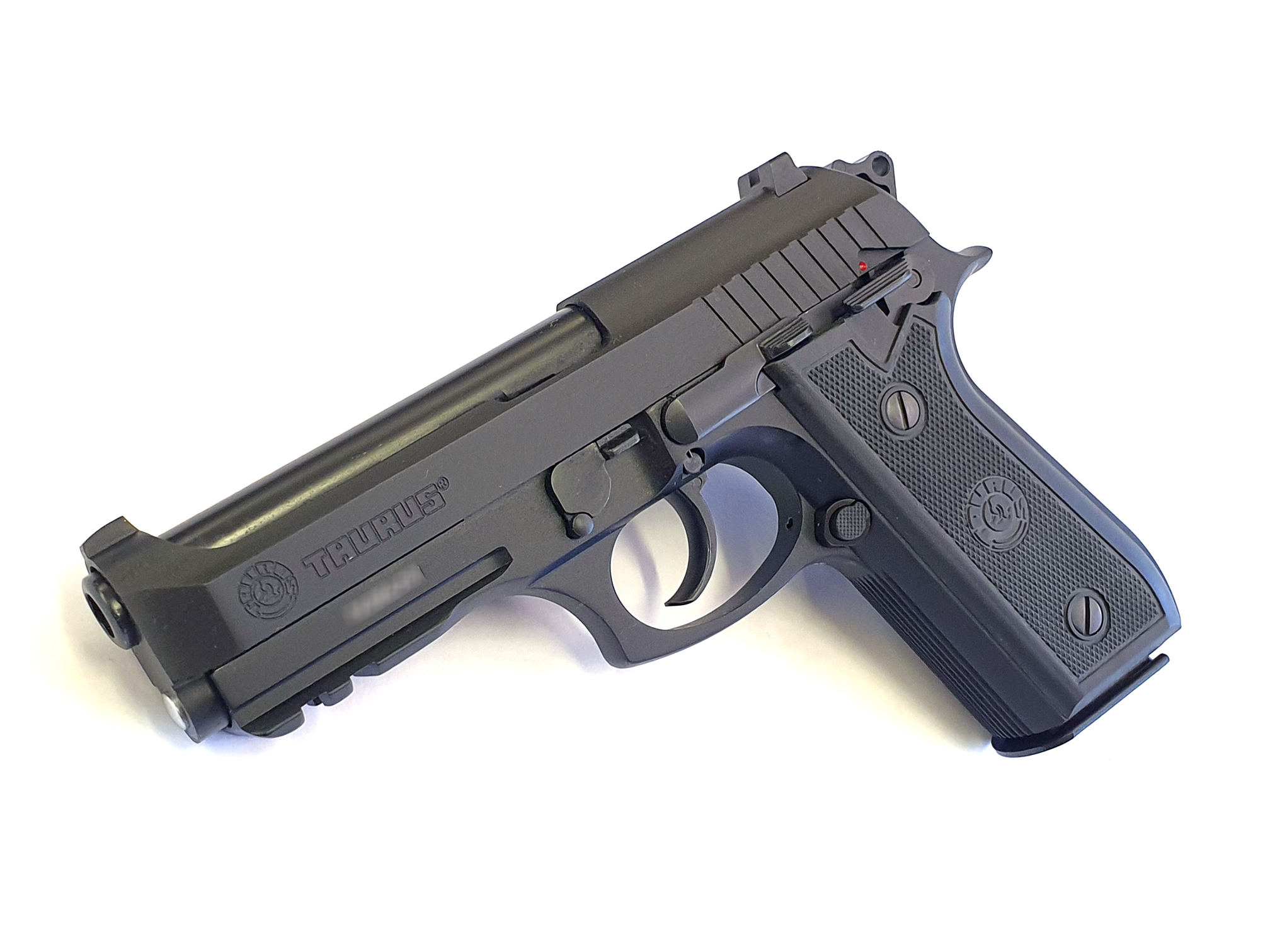 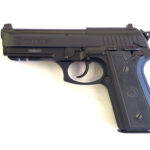 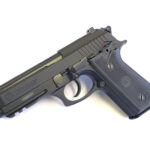 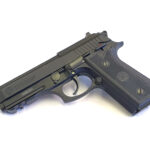 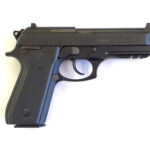 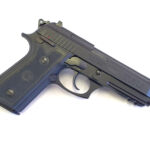 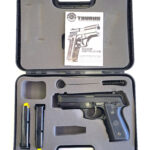 The Taurus PT917 C is a semi-automatic, double-action/single-action pistol, chambered in 9mmP, manufactured by Brazilian company Forjas Taurus SA.
It is lighter and more compact version of the Taurus PT 92/99 series of pistols, which themselves are heavily based on the famous Beretta 92.

In 1974, a large contract for the Beretta 92 was issued by the Brazilian army, for which Beretta set up a factory in São Leopoldo, Rio Grande do Sul, Brazil.
This factory was later sold to the Brazilian firearm manufacturer Taurus in 1980, after the contract had expired.
Shortly thereafter, Taurus began using the original Beretta machinery to make their own pistols based on the Beretta 92 design, the first being the Model PT92.

The Taurus PT92/99 differs from current Beretta 92F/S models in that it has ambidextrous, frame mounted safety/decocking levers, as apposed to slide mounted ones, as well as adjustable rear sights.
On some Taurus models there may also be some slight, mainly aesthetic differences, but despite these changes the Taurus PT99 still retains many of the design elements from the original Beretta 92.

The Taurus PT917 C is a slightly more compact variant of the PT92/99, being 20% smaller and lighter.
It also features a barrel that is flush with the front of the frame, rather than protruding slightly as with the PT92/99 and Beretta 92F/S.
Other features include an integral accessory rail, 3-dot sights, and a three-position, frame-mounted, ambidextrous safety that allows for a classic “cocked-and-locked” carry mode, as well as functioning as a decocking lever.
The Taurus PT917 C will also accept and use standard Taurus PT92/99 magazines This gun is in new, unused condition.
It comes in its original hard-plastic carry case and includes original operators manual and documentation, and all accessories.
Includes 2 x 17 round magazines.

NOTE: There are more than one of these firearms available

This firearm is suitable for home self-defense and is likely also fine for every-day concealed carry, but could possibly be slightly too large for a small-framed person.