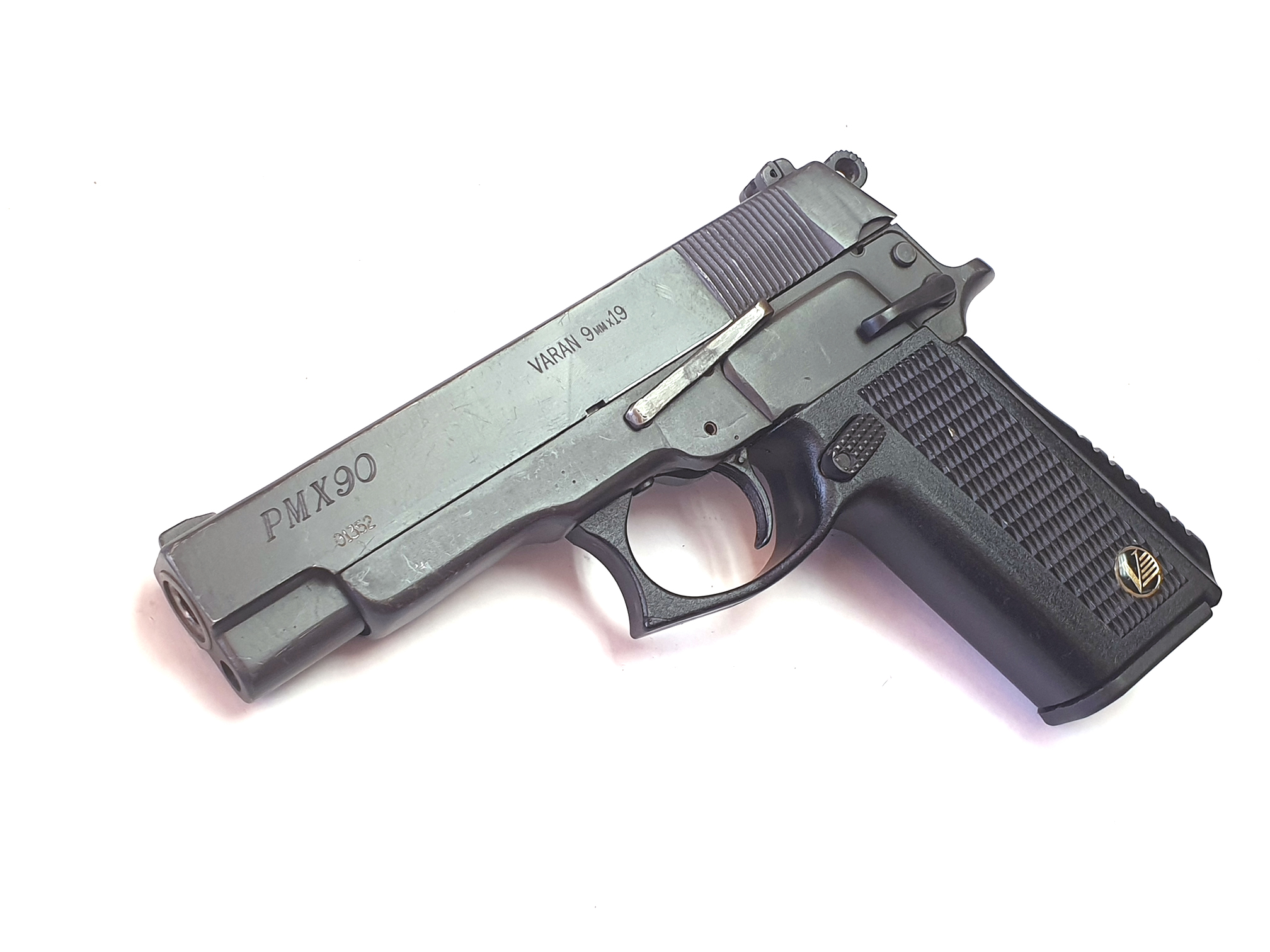 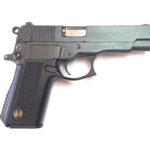 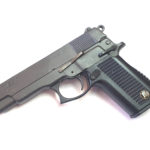 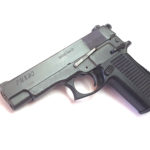 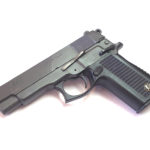 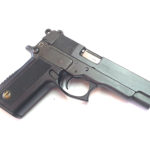 The PMX90 was a South African designed and produced semi-automatic, single-action pistol, first manufactured by Varan Manufacturing company, and then later by  its holding company Clarbex, both located in Wynberg, Sandton, Gauteng.
It was designed by Stewart Beecham and Tony Blackshaw, with the process starting in 1980 in Rhodesia, and the research and development process taking another 10 years until it was finally released in the early 1990s.
In 1985 after the design had been patented, the pistol received the Barclays Bank Award for Industrial Inventiveness in the manufacturing technology category.

The internal mechanism of the pistol is based on the Browning P35 Hi-Power parallel rule locked breech system, with the main differences being that the frame is a two-piece unit welded together, and the entire hammer/sear group including the hammer strut, spring and ejector are housed together in a removable monobloc.
Another notable design characteristic is that the lower two thirds of the pressed metal frame is enclosed in a moulded, one-piece, black polymer grip and trigger guard, pressed over the grip frame, giving the pistol the appearance of having a polymer frame.
The pistol also utilized innovative, transparent magazines made from polycarbonate, but these magazines were prone to cracking and later magazines were made from tougher, black polymer.
This particular example includes a single, clear (transparent) magazine.

There are three known variants of the PMX90, with the main, most noticeable difference being the position and size of the ejection ports.
The first variant had the ejection port and ejector in the top of the slide, while the later two variants had a traditional, side ejection port, with the final variant having an enlarged port.
This particular example is the third variant.

It is estimated that over 2,000 PMX90 pistol were produced, but the exact figures are unknown, and it is believed that fewer than 500 still exist today (as of 2016).

This pistol is in fair to good, used condition. It is mechanically sound and functional.
The original finish is still good with some very light wear along the edges of the slide, as well as a few small, very light scratches in places all over the slide and frame (metal section).
There is also some light wear to the finish of slide release lever.
The plastic portion of the grip and trigger guard is still very good with no discernible marks or scratches.
This pistol includes a single, original, transparent polycarbonate magazine.

This pistol is probably best suited as a collectors piece, as relatively few were ever produced and even fewer still remain today.
Spare parts and accessories would also be extremely hard to find (if not impossible) for anyone considering using this handgun for self-defense or sport.

This firearm is suitable for home self-defense, but is slightly too large for every day carry, unless for a large-framed person.