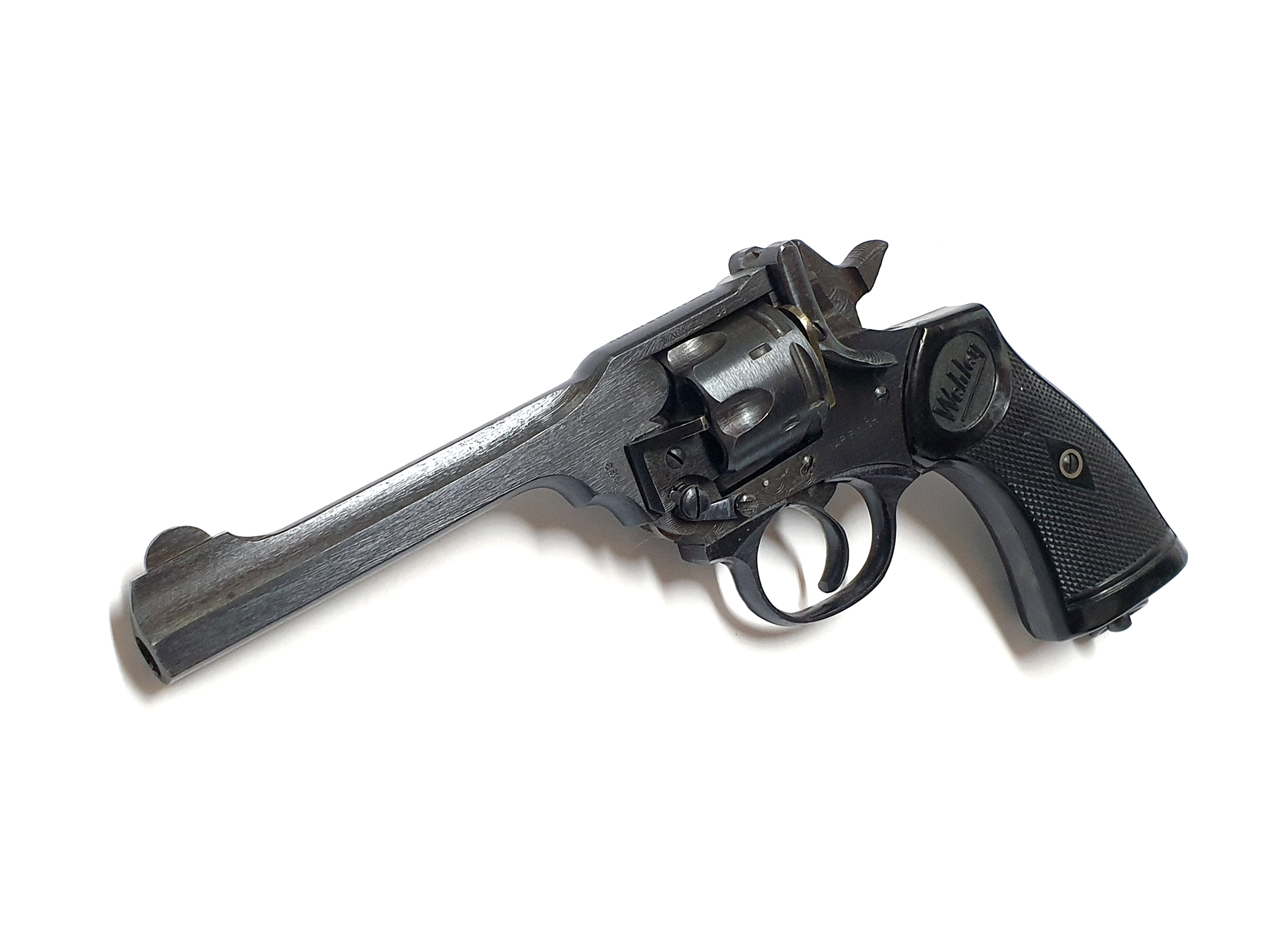 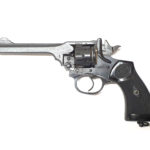 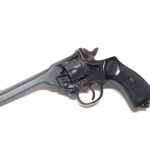 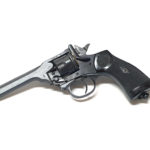 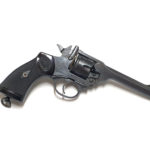 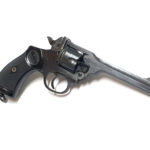 The Webley Revolver (also known as the Webley Top-Break Revolver or Webley Self-Extracting Revolver) was, in various marks, a standard issue service pistol for the armed forces of the United Kingdom, and the British Empire and Commonwealth, from 1887 until 1963.

The Webley is a top-break revolver and breaking the revolver operates the extractor, which removes cartridges from the cylinder.
The Webley Mk I service revolver was adopted in 1887 and the Mk IV rose to prominence during the Boer War of 1899–1902.
The Mk VI, introduced in 1915 during the First World War, is perhaps the best-known model.

The Webley Mk IV in .38 was introduced at the end of the First World War as the British military decided that the .455 calibre cartridge was too large for modern military use, and had determined that a .38 caliber cartridge firing 200 grain bullet would be just as effective.
It was nearly identical in appearance to the .455 calibre Mk VI revolver (albeit scaled down for the smaller cartridge), and was based on the .38 calibre Webley Mk III pistol, designed for the police and civilian markets.

With the start of the Second World War the British government contracted for all the Mk. IVs that Webley could produce.
The demand was so great that Webley didn’t have the time to finish the revolver properly, and were embarrassed by the fact they had to leave grind and tool marks on the gun.
Their solution to this was to stamp ‘War Finish’ on all of the wartime Mk IVs, to distinguish them from other Mk IVs.

While this firearm could technically be used for self-defense and some shooting sports, it would be quite impractical due to the old, uncommon caliber that it is chambered in.
If not for this issue, I would imagine that it is actually quite fun to shoot, and fairly rugged and reliable being a wartime gun.

This gun perhaps has more value as a collector piece due to its heritage and historical attributes.