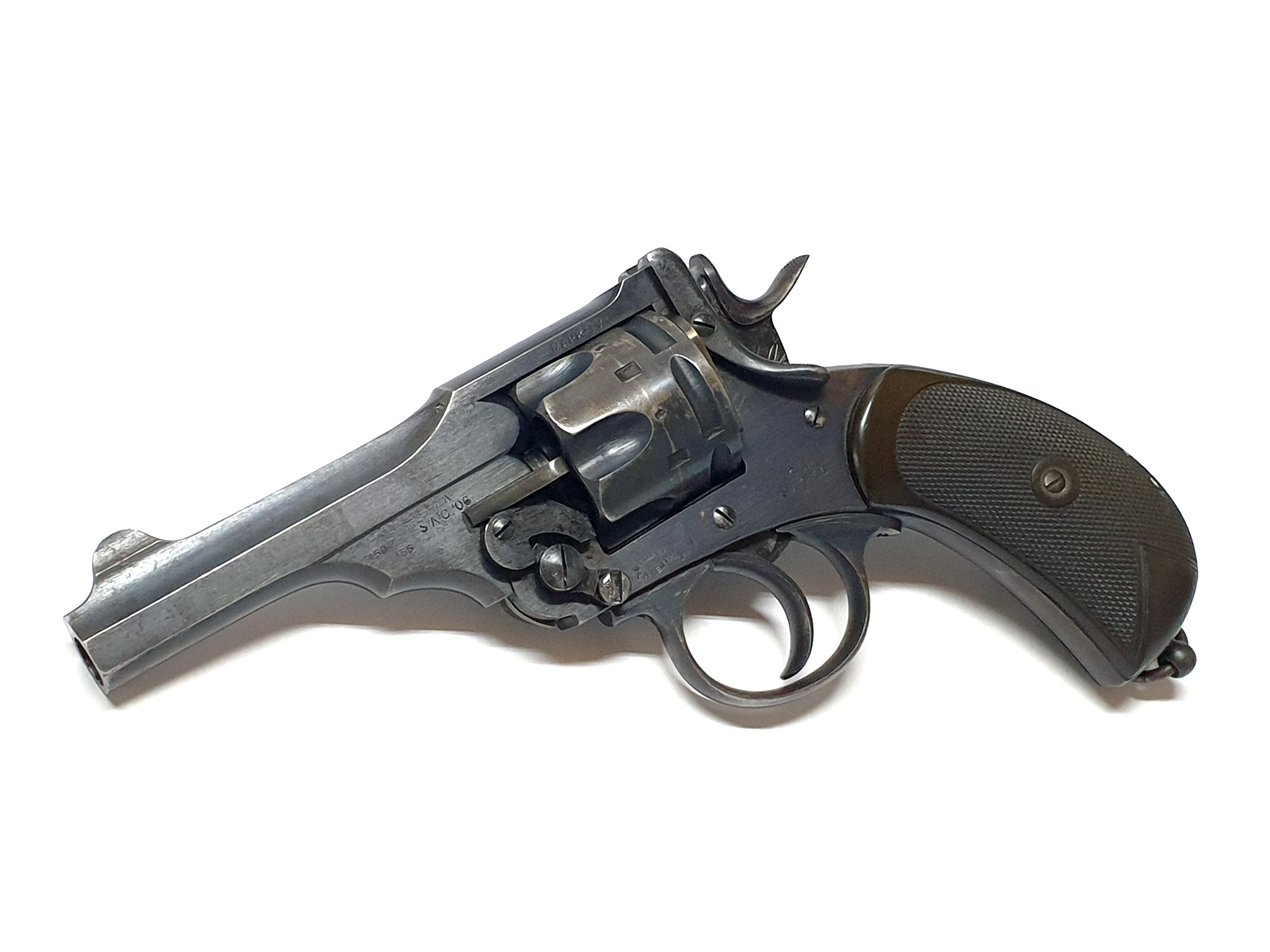 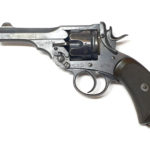 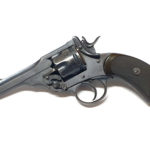 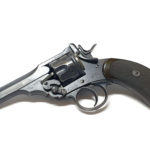 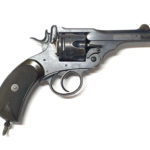 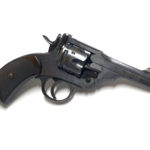 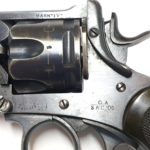 The Webley Revolver (also known as the Webley Top-Break Revolver or Webley Self-Extracting Revolver) was, in various marks, a standard issue service pistol for the armed forces of the United Kingdom, and the British Empire and Commonwealth, from 1887 until 1963.

The Webley is a top-break revolver and breaking the revolver operates the extractor, which removes cartridges from the cylinder.
The Webley Mk I service revolver was adopted in 1887 and the Mk IV rose to prominence during the Boer War of 1899–1902.
The Mk VI, introduced in 1915 during the First World War, is perhaps the best-known model.

The Webley Mk IV, chambered in .455 Webley with a 4″ barrel, was introduced in 1899 and soon became known as the “Boer War Model”, on account of the large numbers of officers and non-commissioned officers who purchased it on their way to take part in the conflict.
The large .455 Webley revolvers were retired in 1947, although the Webley Mk IV .38/200 remained in service until 1970.

This particular revolver is a good example of a Boer War Model Webley Mk IV.
It has the correct 4″ barrel and the correct ‘Birds Head’ shaped chequered grip panels, and is fitted with military lanyard ring
The frame is crisply marked ‘Webley Patents’, ‘MK IV’ and the frame is stamped with calibre detail ‘.450/.455’.
The frame is double stamped CA/SAC’ to the Cape Auxiliary South African Constabulary and dated ’06 (1906).

This gun is in good, used condition. It is mechanically good and functional.
There is some extremely light wear to all of the edges of the barrel and top strap, rear sight, and edges of the cylinder as well as some very light wear to front and back strap of the grip, and trigger guard.
There is also a very light drag line on the cylinder.
There are a few light marks on the barrel and frame of old adhesive where stickers/labels were once placed, but these can easily be cleaned off.
The original birds-head grips are still very good with no scratches, and are only slightly discoloured from time.
The cylinder lockup is still excellent, especially for such an old-model revolver.

While this firearm could technically be used for self-defense and some shooting sports, it would be quite impractical due to the old, uncommon caliber that it is chambered in.
If not for this issue, I would imagine that it is actually quite fun to shoot, and fairly rugged and reliable being a wartime gun.

This gun has more value as a collector piece due to its heritage and historical attributes.