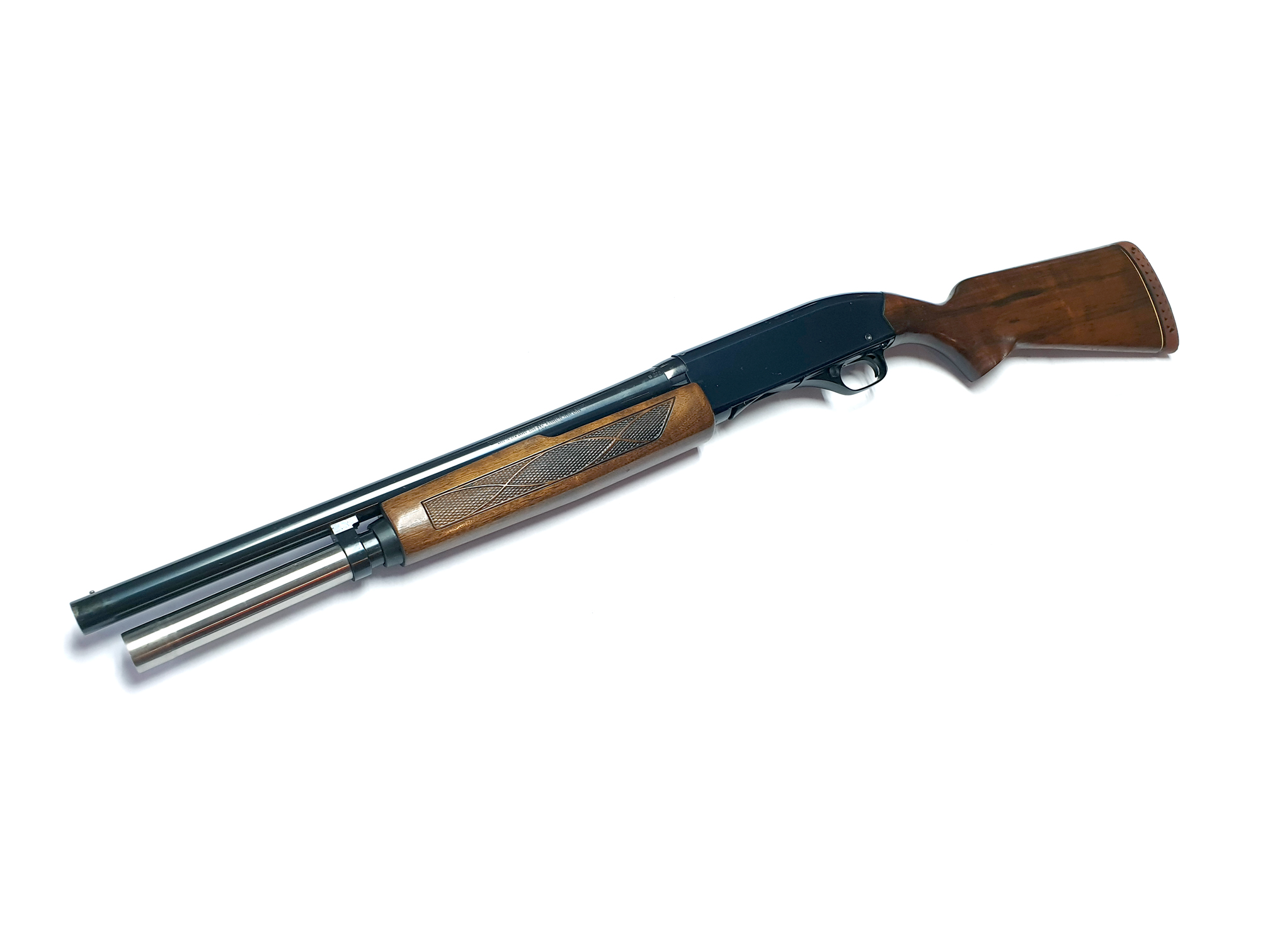 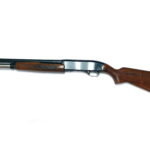 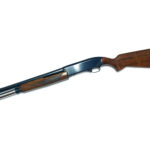 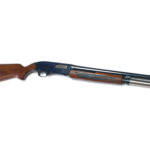 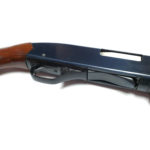 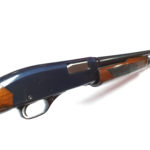 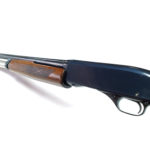 The Winchester Model 1200 pump-action shotgun was introduced in 1964 as a more modern and low-cost replacement for the Model 12, and remained in production until 1983 when it was succeeded by the model 1300.
It was available in barrel lengths of 30-inch and 28-inch and chambered in 12, 16, or 20-gauge.
Variants also included either fixed chokes or Winchester’s Winchoke system, a quick change tube to allow the easy replacement of chokes.
The Model 1200 was also one of the first shotguns to utilize a rotating bolt.

The Winchester 1200 was first offered as a sporting and hunting gun, while the combat variant, known as the 1200 Riot, was widely adopted by a variety of US law enforcement agencies.
Both the US Army and Marine corps bought a number of specially altered Model 1200 Riot guns (with heat shields and bayonets) for use during the Vietnam war.

This particular model is a 1200 Riot gun (as identified by the designation on the barrel) in 12 gauge, fitted with an ornate, checkered wooden forearm and plus 2 extension tube.

This gun is in good, used condition. It is mechanically sound and functional.
The action is still very nice, tight and smooth.
The finish on the barrel is still good with only some light wear around the muzzle.
The finish on the receiver is also good with only a few, very light scratches and nicks in places.
The wooden stock and checkered wooden forearm are in excellent condition.
It has a 17.5″ barrel, and plus 2 extension tube.

This firearm is very well suited for home self-defense.