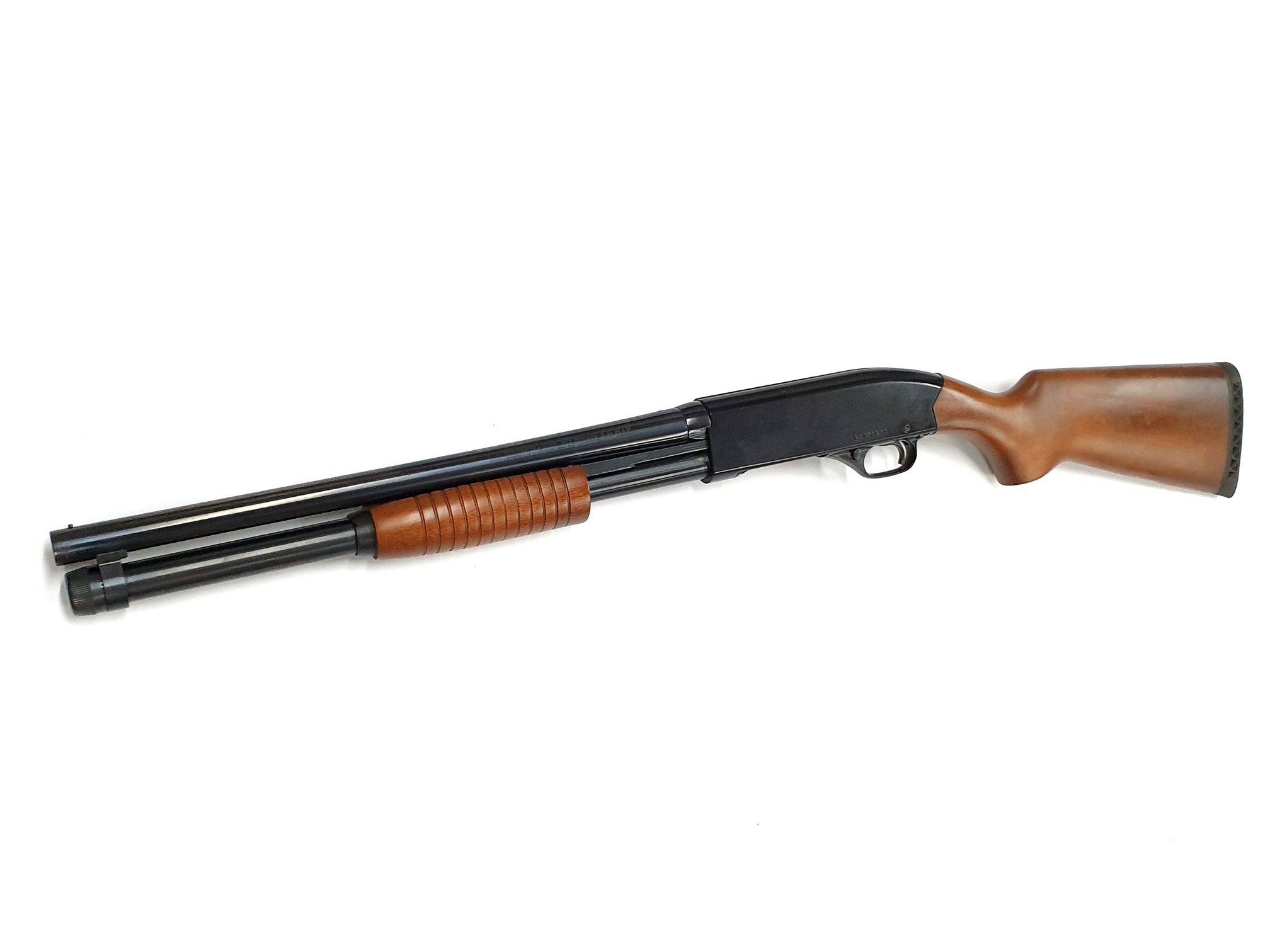 The Winchester 1300 pump-action shotgun was first introduced around 1981 and was a slightly modified version of the previous Winchester model 1200 shotgun, manufactured between 1964 and 1980.
The Winchester 1300 is also known as the ‘Speed pump’ shotgun, because of its very fast-cycling pump action, which makes these guns popular among both hunters and sport shooters.
These shotguns also work well for home defense and security applications, especially as relatively short-barreled models with long magazines are also available.

The ‘Defender’ model has a slightly longer magazine tube for greater ammunition capacity, as well as a fixed cylinder choke.
The Winchester 1300 is one of the most popular and prolific pump-action shotguns available, with many aftermarket parts and accessories available for it.

This gun is in excellent to like new, used condition. It is mechanically sound and functional.
The overall finish is almost perfect with only a few extremely light, fine scratches around the muzzle, and a single, light scratch on the receiver which is virtually unnoticeable and basically insignificant.
There are some small, extremely light patches of extremely light surface rust on the barrel, which can very easily be removed and are nothing significant.
The wooden stock and forend are still perfect.

This firearm is very well suited for home self-defense.

It is also suitable for wing-shooting and bird hunting, although longer barreled shotguns are preferable.