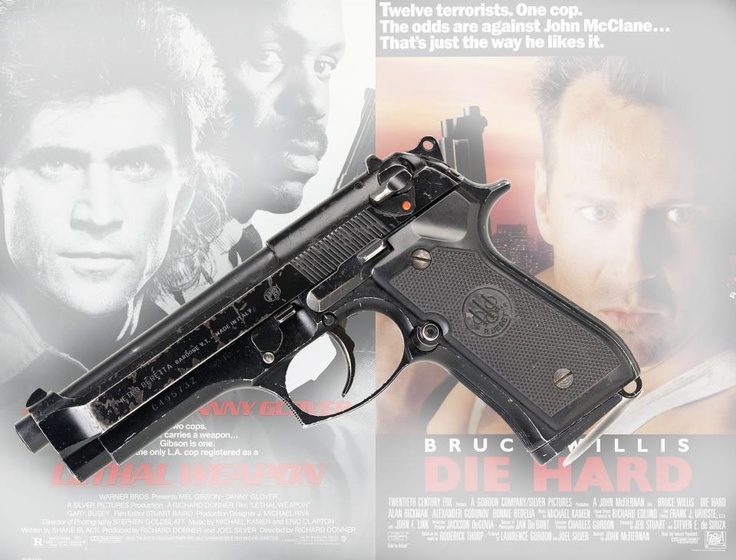 The late 1980s and early 1990s was a glorious time for action movies.
Some of the most classic, memorable, and perhaps even pivotal action movies and heroes were produced over this period, pushing the boundaries and rewriting the rules of action, graphic violence, excitement, suspense, wise-cracking dialogue, and movie franchising.

If you were a child of the 1980s, these movies not only introduced a generation to some of cinema’s most beloved and recognisable action heroes, but also to another hero, the Beretta 92F.

This famous movie gun is a little different, as one doesn’t really associate it with one particular movie or character, as for instance Dirty Harry with his S&W .44 Magnum or James Bond with is Walther PPK, but rather to a particular time period and film genre.
This period, in the late 1980s and early 1990s, coincides with two events: the Beretta 92F first becoming available to purchase on the civilian market in 1986; and the release of two of the most successful, and classic, action-movie series in cinema history, which both featured this firearm in the hands of the hero.

I’m sure that for most of you who grew up in this era, especially those who are also firearm enthusiasts, will know exactly what I am talking about, as the Beretta 92F’s association with these movies is so definitive. Of course, I am referring to the ‘Lethal Weapon’ and ‘Die Hard’ movies.
However, these were not the first to feature the Beretta 92F.

The 1986 Hong Kong blockbuster ‘A Better Tomorrow’, directed by renowned action director John Woo, was the first film to feature the pistol prominently, which has been a staple of all his movies ever since.
Even though it was first to use the Beretta 92F, it certainly didn’t reach the same-size audience, or have a similar historic influence, as that of the more mainstream ‘Lethal Weapon’ and ‘Die Hard’ films. 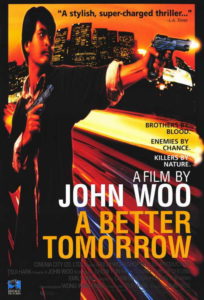 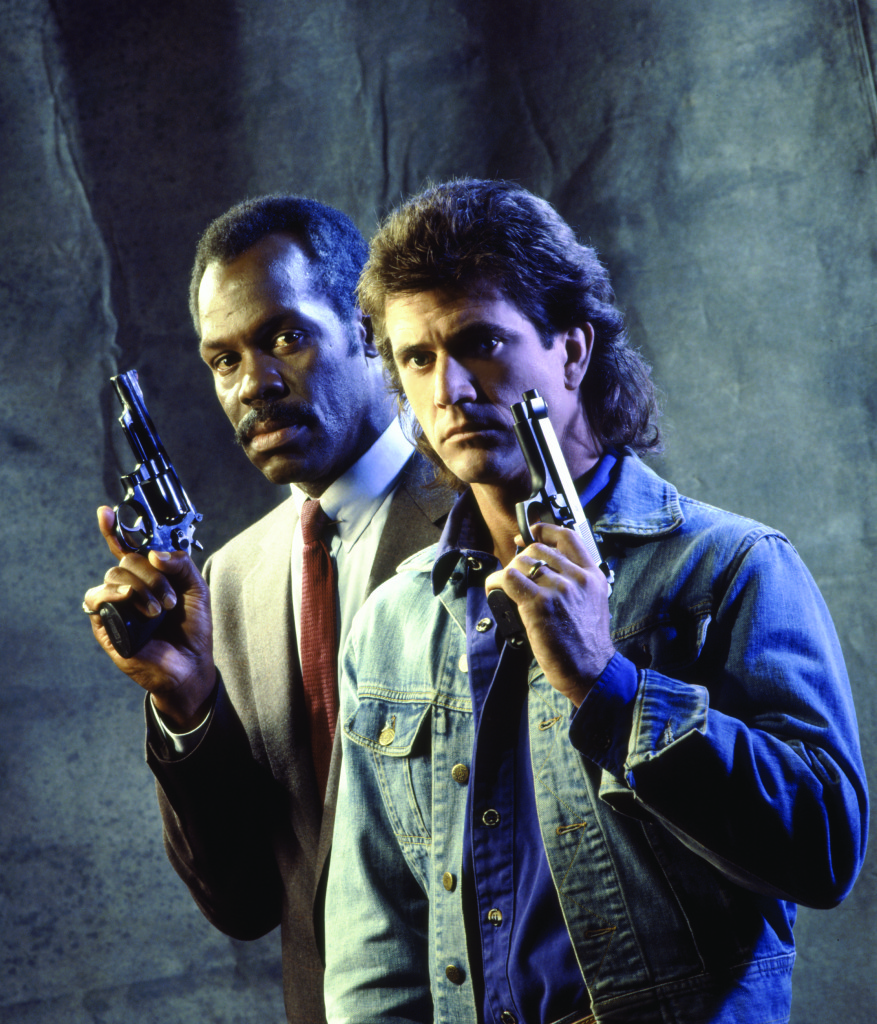 It is Mel Gibson’s character, Riggs, who wields the Beretta 92F throughout the film series. The firearm is a symbol that further emphasises the difference between the two protagonists.
The older, more conservative, veteran cop Murtaugh has his S&W Model 19 revolver (which Riggs refers to as an ‘old-timer’s gun’), while the younger, brash, and crazy Riggs brandishes his Beretta – which, at the time, was one of the newest and most modern pistols available.

The Beretta M9, the military spec version of the 92F, had just been adopted as the official service pistol of the United States Armed Forces (USAF), replacing the longstanding M1911A1.
Thus in some fashion the movie introduced this new pistol to the American public.

It does a good job of showcasing the pistol, giving it a fair number of close-up shots in various scenes, as well as its own rather flattering introductory line when Murtaugh examines his new partner’s choice of sidearm and comments: “Nine millimetre Beretta, takes 15 in the mag, one up the pipe, wide ejection port, no feed jams.”

Perhaps the gun’s most memorable moment is a scene where Riggs uses it at the police firing range to shoot a smiley face onto the head of a paper target, to the amusing bewilderment of his new partner.
I’m fairly sure that, while perhaps not totally realistic, this humorous scene didn’t exactly hurt the sales of the Beretta after the movie came out. Another scene that showcased the Beretta’s accuracy nicely was actually excluded from the theatrical release, but included in the later director’s cut. This involved Riggs using his pistol to dispatch a sniper through a second-storey window by basically emptying his magazine at him from about 50m away.

What is interesting to note about this scene is that, while Riggs fires his entire magazine at the perpetrator in typical Hollywood fashion, instead of just moving on, the gun goes into slide lock, and we see Riggs recharging the pistol with a fresh magazine, and then even picking up the empty magazine, just as in real life.

This might not seem like such a big deal today, but it was at a time where movie guns never seemed to run out of ammunition during firefights, and you certainly didn’t see much reloading. Thus this scene is a virtual advertisement of the Beretta 92F’s actual high magazine capacity of 15 rounds, quite something back then compared to the seven-round M1911A1.
It was if the moviemakers’ were saying: “Yeah, it does actually hold this many rounds.” 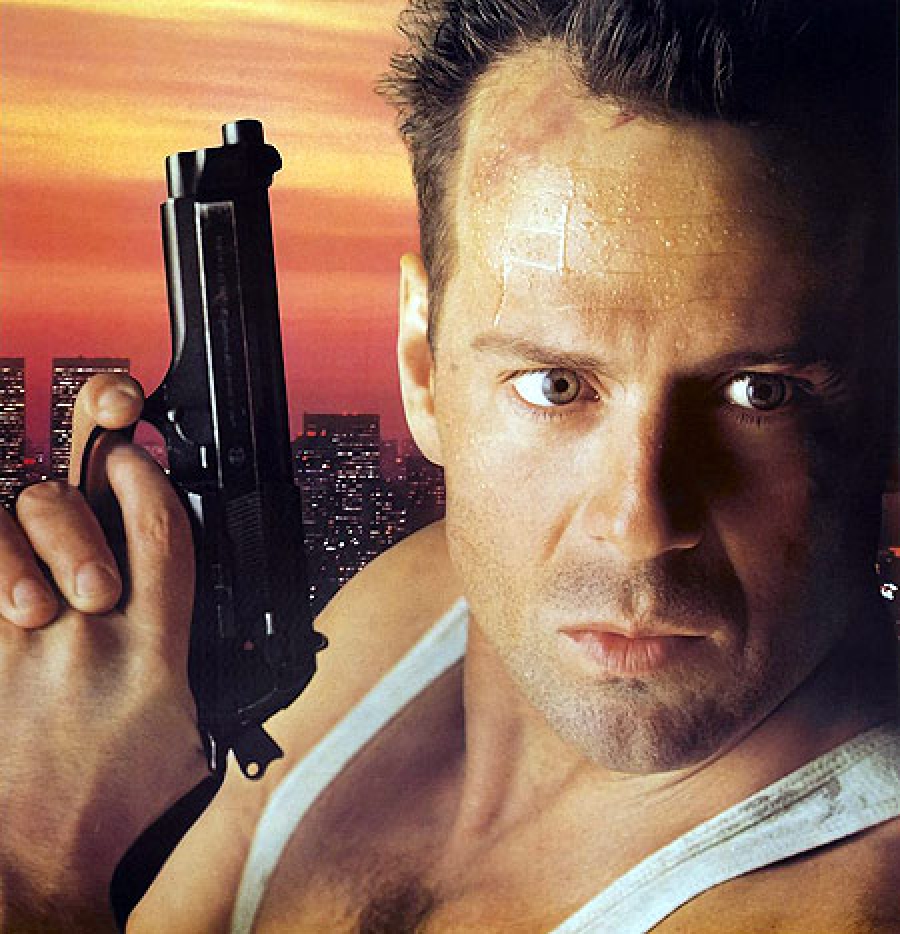 In comparison, ‘Die Hard’, which came out the following year in 1988, doesn’t highlight the Beretta’s features so explicitly.
Instead, it simply just places it in the hands of one of the toughest and most endearing action-movie heroes ever brought to the big screen, namely Detective John McClain, as portrayed so memorably by Bruce Willis.

That’s not to say that the Beretta doesn’t get its fair share of close-up shots.
However, rather than focus on the firearm itself, the movie showcases the sweet and definitive justice meted out by the fast-talking John McClain.

One area where the Beretta is very much at the forefront is in the movie poster, where it is shown held by the hero, ready for action, sharing almost as much space in the frame as Bruce Willis himself.

An interesting piece of movie-gun trivia from ‘Die Hard’ is that the Beretta 92F used by Bruce Willis had an extended slide release fitted, visible in some close-up scenes, due to the actor being left-handed.

An even more interesting tidbit is that it was the exact same, live-firing Beretta 92F used by Mel Gibson in ‘Lethal Weapon’, and later by Sylvester Stallone in ‘Demolition Man’.

Right: The actual prop gun used in ‘Lethal Weapon’, ‘Die Hard’ and ‘Demolition Man’.
Note the extended slide release that was modified for Bruce Willis as he is left-handed. 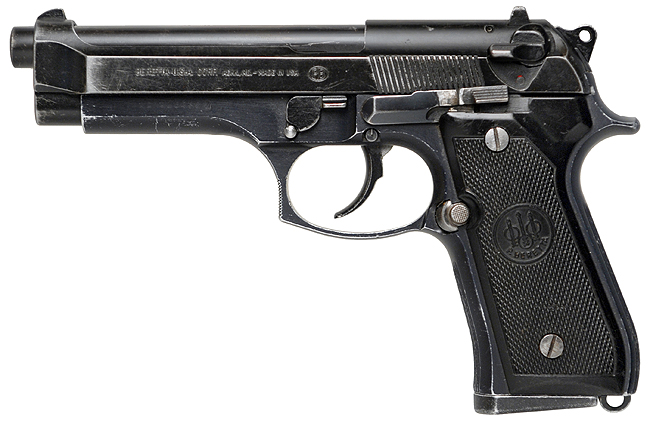 Both of these films spawned multiple sequels (four ‘Die Hard’ and three ‘Lethal Weapon’ movies). In both movie series, our heroes trade in their Beretta 92F for the improved Beretta 92FS, an updated version of the pistol that looked virtually identical to its predecessor, with mainly internal changes. This substitution did not hinder the firearm’s growing popularity. 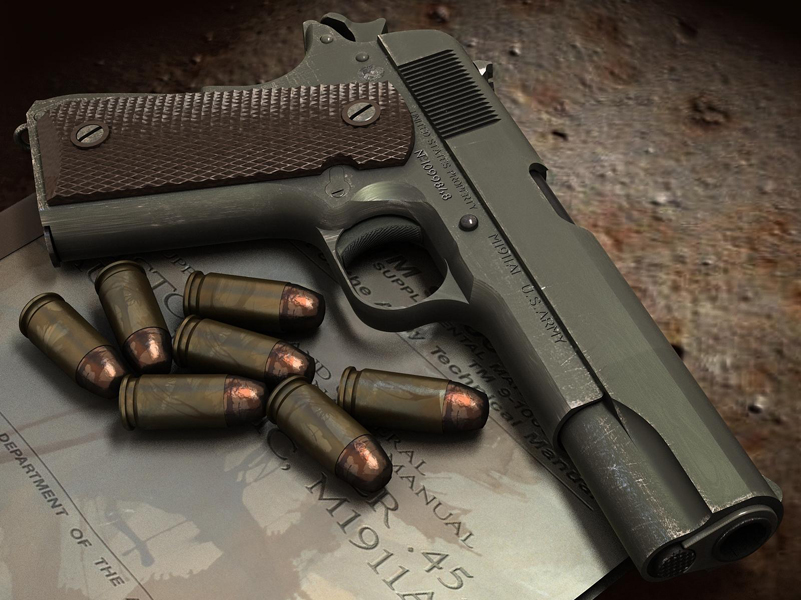 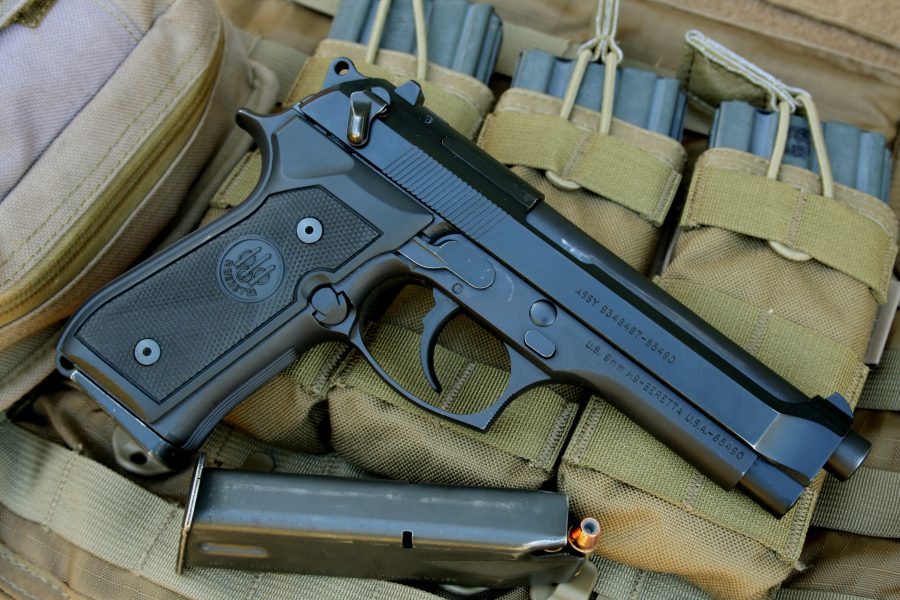 Above: The old and the new.
The .45 ACP M1911A1 (left) was replaced by the 9mmP Beretta M9 (right) as the United States Armed Forces standard sidearm.

While these films and others that featured the Beretta 92F and 92FS certainly weren’t responsible for the firearm’s overall success (as it was adopted by the USAF and many other law-enforcement agencies) they certainly bolstered the popularity of the pistol in the public’s eyes.

Perhaps, at a more local level, they also helped the American public accept the new ‘Wonder Nine’ that had replaced their beloved American-made .45 in the USAF. It certainly helped cement the Beretta 92F’s reputation as the ultimate tool of justice for the modern hero, be that an action-movie star, policeman, or soldier.

And, if like me, you saw these movies as an impressionable young teenager, your perception of, and preference for, pistols was altered irrevocably.
From that point onwards, you knew there was only one handgun for the good guy to have.

Look out for the next article in this series, 'When Size Really Does Count', featuring the Desert Eagle, coming soon.