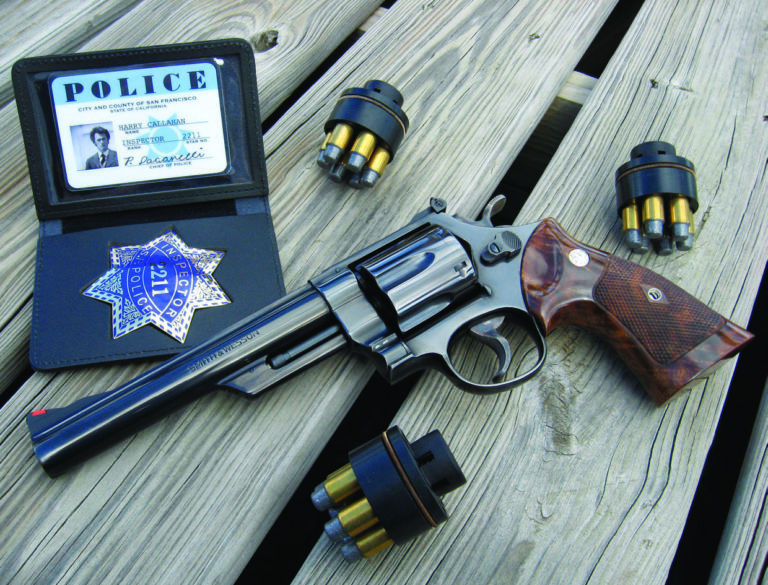 The firearm with easily the greatest movie-star status is none other than the Smith & Wesson Model 29 revolver, immortalized by the ‘Dirty Harry’ film series.

Chosen as the main sidearm for the movies’ hard-boiled Chicago Police detective protagonist, Inspector ‘Dirty’ Harry Callahan, the large .44 Magnum revolver was touted as ‘the most powerful handgun in the world’ and ‘it could blow your head clean off.’

If that isn’t a piece of historic movie magic right there, I don’t know what is, for you need not have ever even seen a ‘Dirty Harry’ movie before, nor actually shot or even know anything about firearms.
However, chances are that most people will still know that Dirty Harry pointed a .44 Magnum at some punk and asked him if he felt lucky.

Even the writer of the ‘Dirty Harry’ movies, John Milius, has admitted that the ‘head-removing’ power of the .44 Magnum cartridge is a little over-stated.
It is also interesting to note that when the first ‘Dirty Harry’ movie came out in 1971, the substantially more powerful .454 Casull cartridge was already in existence. However this round, and the firearm that could actually fire it, were only commercialized in 1997.
Hence the ‘most powerful handgun’ line does hold true for the time period.

The .44 Remington Magnum, or simply .44 Magnum, and the revolver designed to fire it were actually introduced back in 1955, the brainchild of gun writer and experimental hand-load aficionado Elmer Keith. Regarded as the father of the Magnum round (including the .357 Magnum and .41 Magnum), Elmer developed the round by up-loading the .44 Special round and then pestering Remington until it produced the official Magnum round, and Smith & Wesson to design a revolver for it.

The gun was the N-Frame Model 29. While all agree it was a fantastically made firearm, for many years the only real market for this huge-bore revolver was mainly handgun hunters – and Elmer, of course, who after receiving his Model 29 never looked at another gun again.

It was only in 1971 after a tough, no-nonsense cop thwarted a bank robbery in a California street and asked a bleeding criminal if he’d fired six shots or only five that the Model 29 achieved its iconic status.

In fact, at the time of the first ‘Dirty Harry’ film, the Model 29 was not in production (due to the slow demand), and the filmmakers actually had a tough time finding guns to use during the filming. 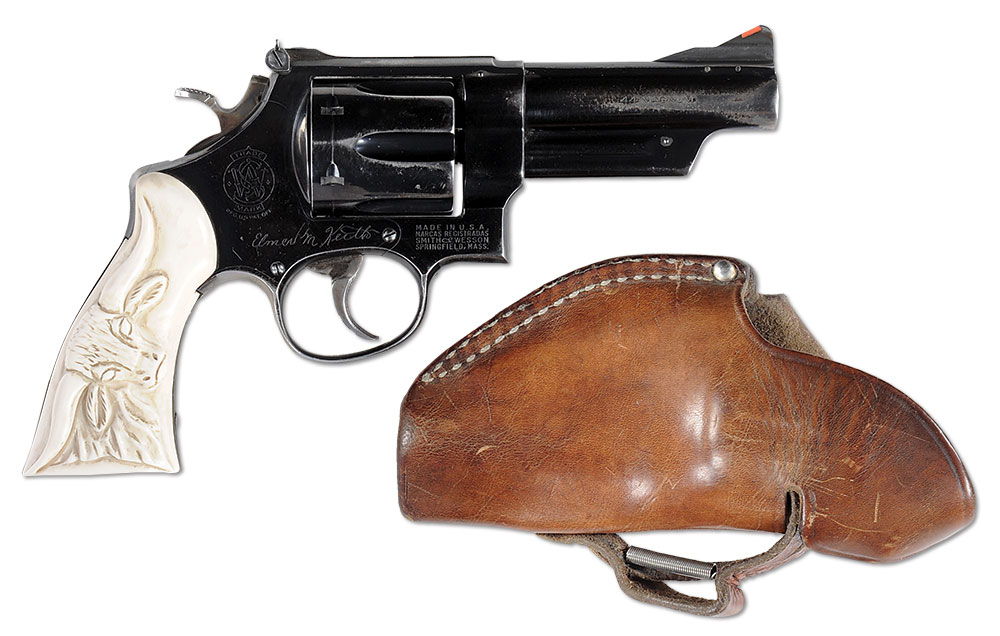 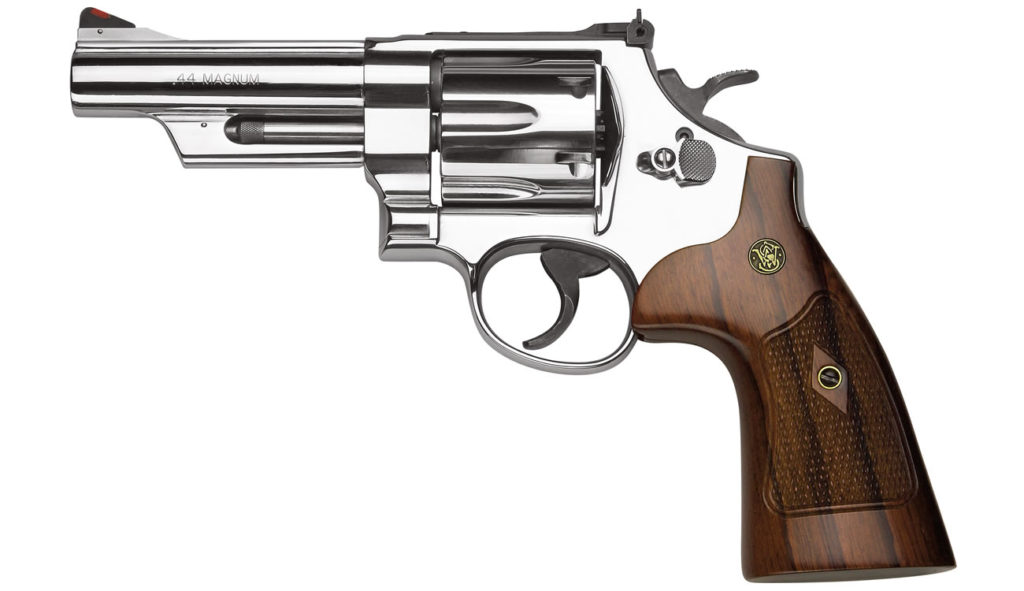 The script had originally called for Harry to carry a nickel-plated Model 29 with a 4″ barrel, but the only guns that Smith & Wesson could muster from available parts were a blued Model 29 with a 6 ½” barrel, and another with an 8 3/8″ barrel, which were both used in various scenes, shot from particular angles.

After the film came out, the popularity of the Model 29 exploded to such a degree that not only did it become almost impossible to actually find any available in gun stores (especially the blued 6 ½” version from the film) for years after the movie’s release, it was equally common to see them go for two to three times the current list price.

The gun was so intrinsic to the ethos of the film and the ‘Dirty’ Harry Callahan image it was virtually a character in itself.
Such was this firearm’s status and its contribution to the ultimate popularity and success of the films that in the next ‘Dirty Harry’ movie installment, ‘Magnum Force’, not only did the title include part of the name of the .44 Magnum cartridge, the entire opening-credits sequence was basically just a long close-up, side-profile shot of the Model 29 held by Harry, like a less-than-subtle validation of who the real movie-star was.

The title sequence for the film ‘Magnum Force’, entailing a close-up, side shot of the Model 29 for the duration of the opening theme.

The introduction sequence ends with Harry repeating his famous line: “This is the .44 Magnum, the most powerful handgun in the world…”, the words that first propelled the gun into firearm super-stardom.

Another interesting little piece of ‘Dirty Harry’/Model 29 trivia provided in this film is the scene where Harry goes to the shooting range, and mentions that he uses a ‘light special’ load for better control and less recoil. Many people, including myself, thought he had referred to the lighter .44 Special round, which would work in a Model 29, and provide less recoil.

To be honest, I was a tad disappointed when I first heard this, as it went against the macho, overkill personality of the character, and really defeated the object of carrying the Model 29 in the first place, other than just for show or movie presence.
However, in the audio commentary, screenwriter John Milius states that this line was actually misinterpreted by the cast and crew.
In fact, he had meant that Harry used a specially-prepared, lighter Magnum load, which made me feel better again.

Clint Eastwood and the Model 29 went on to star in another three ‘Dirty Harry’ movies, with the iconic revolver dishing out more wondrous, violent justice, and Harry delivering more repeatable, famous lines, really making ALL of our days.

The Smith & Wesson Model 29 and the character ‘Dirty Harry’ will forever be linked together in our culture.
It’s fascinating to think that, if it were not for these films, that this fine, but perhaps generally impractical, firearm may never have reached the level of distribution and recognition that it did, and many of us may never have even heard of it, nor had the opportunity to fire this fantastic revolver.

Another interesting fact noted by gun historians is that, after each ‘Dirty Harry’ movie, there was an obvious surge in sales of new Model 29s, followed a few months later by another surge in sales of secondhand Model 29s as many would-be Harry Callahan imitators soon realised what a handful this beast of a hand gun was, and that perhaps they had bitten off more than they could chew. 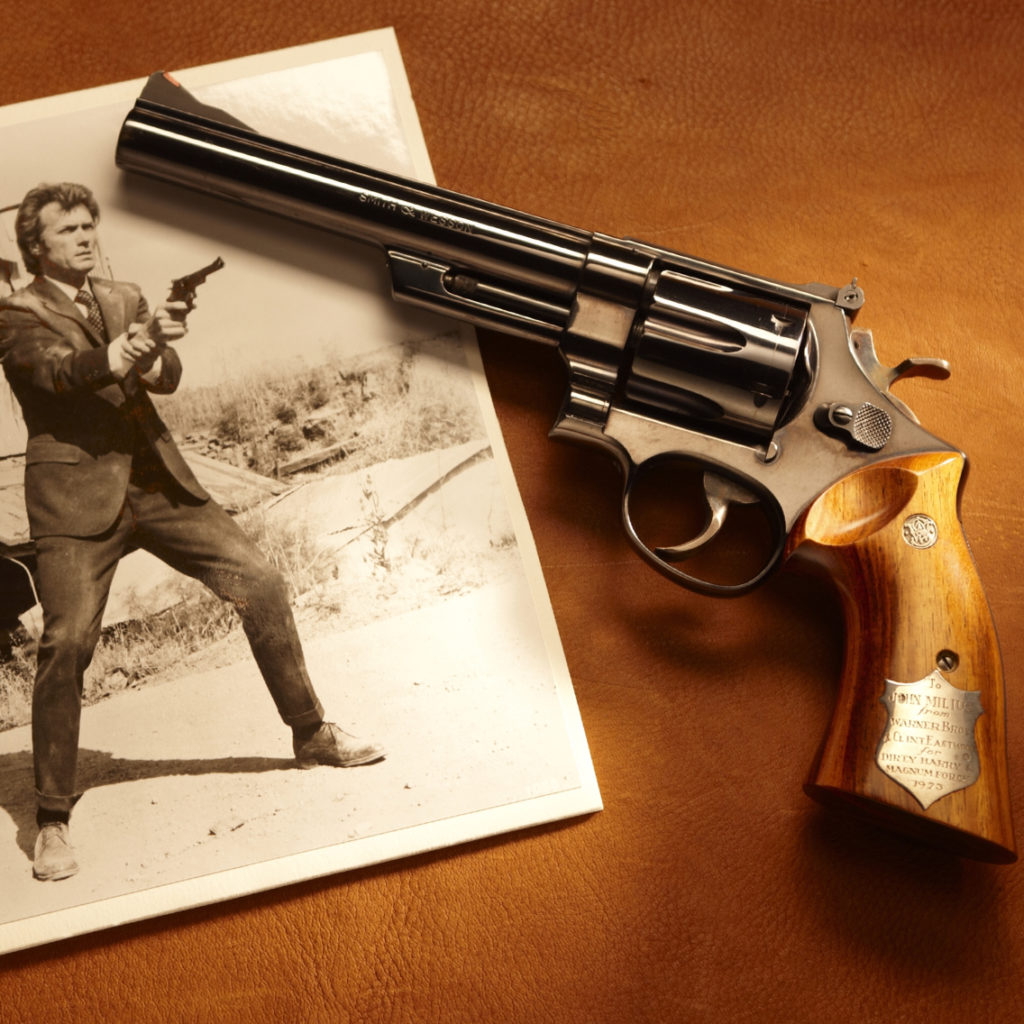 However, it also meant many customers were exposed to this finely-made revolver who otherwise might not have been, and who were able to appreciate and enjoy its many, genuinely great qualities.
Make no mistake, the Smith & Wesson Model 29 is a fantastic revolver. If it wasn’t, even with its movie stardom, it would not still hold the value it does today.
And if you did buy one just to own a little piece of movie history, to experience a little of that ‘Dirty Harry’ magic, so what?
I know that’s why I did.